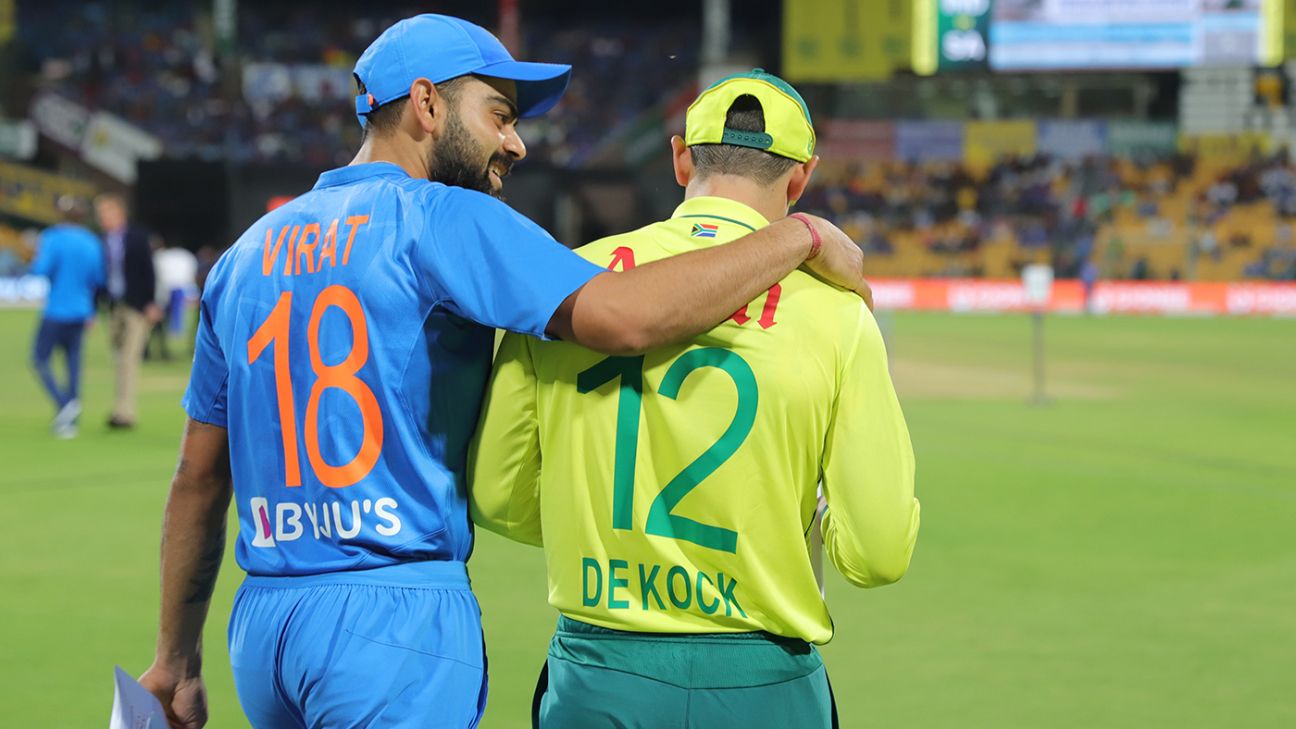 South Africa’s ODI tour of India for three ODIs will go ahead after the organisation completed a risk assessment regarding the spread of COVID-19 (novel coronavirus) across the world. While South Africa reported its first confirmed case of the virus on Thursday, India’s health ministry has estimated infections are affecting around 30 people. But a team of experts have deemed the country and the team’s transit routes safe for travel. CSA’s chief medical officer Dr Shuaib Manjra will make the trip with the team.

South Africa depart their home country on Sunday morning and will travel to India via Dubai. They will then spend a day in Delhi, before heading to Dharamsala, the venue of the first ODI, which will be played on March 12. Two more fixtures in Lucknow and Kolkata follow on March 15 and March 18. None of the venues have reported any cases of COVID-19. The team will also travel on chartered flights to reduce risk, which CSA has put at a low level, even in Dubai where football matches are being played behind closed doors, the UAE Cycling Tour has been cancelled and schools have been shut.

“While the risk remains low, precautionary measures are necessary because of the highly infectious nature of the disease. The team has been appraised of hygiene precautions, avoidance measures, and symptom recognition in addition to being provided with travel kits,” a CSA statement read.

Though South Africa’s tour will last for only a total of 11 days, some members of the team will remain in India for the IPL, which starts on March 29 and runs to May 24 and has been given the green light albeit with precautions. Other major cricket, such as the series between England and Sri Lanka will also go-ahead, with the teams agreeing to exchange fist bumps instead of handshakes to reduce the transmission of germs.

The assignment in India is the last of South Africa’s 2019/20 summer, which began in the same country last September. South Africa drew the T20I series and lost the Tests 3-0. They returned home to administrative overhaul and a new coaching regime but went on to lose a Test and T20I series to England while drawing the one-day rubber and lost a T20I series to Australia. They have managed to win one trophy, the ODI series against Australia, and currently hold an unassailable 2-0 lead with the final match to be played on Saturday.