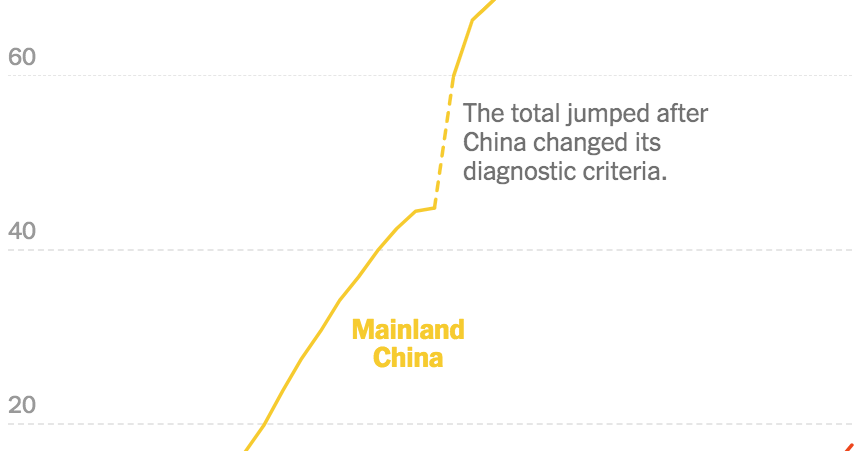 New York City officials pleaded with the federal government to send more test kits for the new coronavirus, saying that the city’s limited capacity to test for the virus had “impeded our ability to beat back this epidemic.”

The city has 2,700 people under “precautionary quarantine” but has tested less than 100 patients in the past month. Another 1,000 people in suburban Westchester County, just north of the Bronx, are also under self-quarantine, connected to a large cluster of cases there.

Mark Levine, a New York City councilman who heads the body’s Health Committee, said that without more extensive testing, “it’s fair to say we have no idea” how many New Yorkers have been infected.

Vice President Mike Pence, who previously vowed that “any American could be tested,” conceded on Thursday that “we don’t have enough tests today to meet what we anticipate will be the demand going forward.” The Atlantic called health departments in all 50 states and could only verify that 1,895 people have been tested for the coronavirus in the United States. About 10 percent of them tested positive.

Coronavirus, by the numbers

The coronavirus outbreak can be tough to follow, especially the statistics. Adam Kucharski, who studies the math behind outbreaks for the London School of Hygiene & Tropical Medicine, recently talked to The Times about how people should consider the data.

One signal Mr. Kucharski looks for is when the first case in an area is a death: “That suggests you had a lot of community transmission already.”

“Over all we’re seeing maybe 1 percent of symptomatic cases are fatal across all ages,” he said. “What’s also important is that 1 percent isn’t evenly distributed. In younger groups, we’re talking perhaps 0.1 percent, which means that when you get into the older groups, you’re potentially talking about 5 percent, 10 percent of cases being fatal.”

What can money buy in an epidemic?

Concierge doctors, chartered jets and germ-free hideaways: The wealthy are sparing no expense as they prepare for the coronavirus.

Amid face-mask hysteria, Gwyneth Paltrow donned a sold-out Swedish model that retails for up to $99. Business executives have chartered flights to avoid the germ-tainted first-class lounge, while other rich travelers have opted for remote yachts.

Worried about the need for potential care, the wealthy have sought pricey memberships for concierge medical services. Silicon Valley survivalists and at least one heiress have stocked fancy home bunkers with food and medical supplies.

The bigger picture: The availability of luxury goods and services in a health crisis serves to highlight American class inequities, writes Charlie Warzel, an Opinion writer at large. In some ways, ubiquitous delivery services are perfect for a quarantined society — but they are heavily underwritten by a “vast digital underclass.”

We live in Kansas, which has no known cases of coronavirus. However, we are elderly and vulnerable. We now live in a condo and need to push elevator buttons to navigate. I have equipped my husband and myself with wine corks that we use to push the elevator button. A small thing but perhaps helpful. Tomorrow I will think about how to handle banisters. Stay tuned!