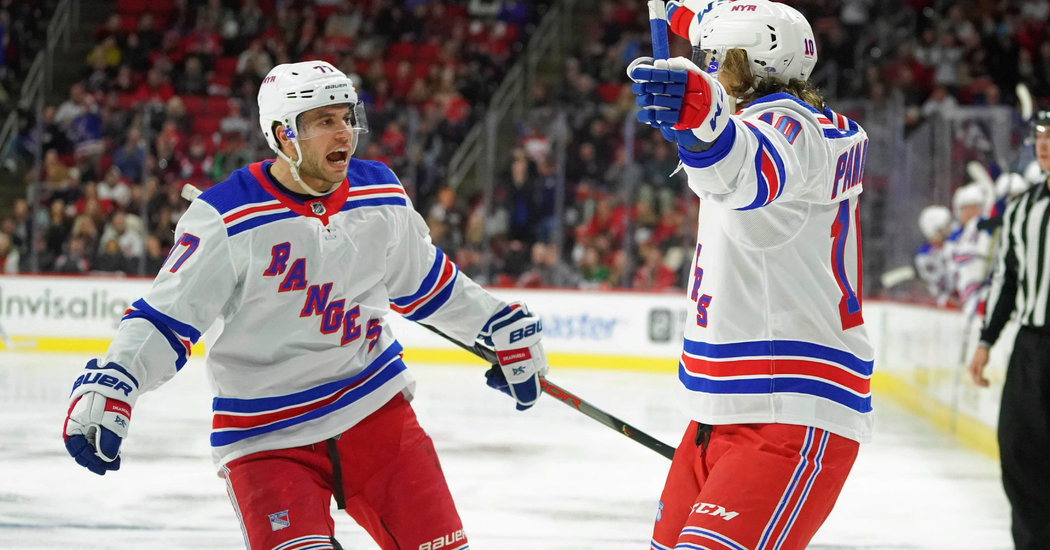 Two years ago, ahead of the 2018 trade deadline, Rangers team executives detailed plans to reshape the roster into a future Stanley Cup contender in a statement to fans on social media.

With less than 20 games left in this regular season, that message is getting an early review. The Rangers, who are among the youngest teams in the league, entered March within striking distance of a playoff berth. A second-half surge has them in contention with the Islanders and Columbus Blue Jackets for one of the two wild-card spots in the Eastern Conference, despite a string of losses after forward Chris Kreider broke his foot against Philadelphia on Feb. 28.

“We want to play meaningful games into April,” forward Mika Zibanejad said after a practice this week. “We just have to stay the course. That’s basically it.”

The team recently lost games against the playoff-bound Philadelphia Flyers and the defending champion St. Louis Blues, a disruption in the momentum built in February, when the Rangers won 12 of 15 contests from Jan. 31 to Feb. 27.

“We have to understand that the run we were on wasn’t a fluke,” Zibanejad said. “We have to find a way to get back to that.”

Zibanejad, who entered Thursday having scored goals in eight of the team’s last nine games and leading the Rangers with 33, is in the second year of a five-season, $26.75 million deal. Artemi Panarin leads the team in points (90) in his first season since signing a seven-year, $81.5 million contract last summer.

The pair make up the veteran core of the Rangers along with Kreider, whom the franchise re-signed to a seven-year $45.5 million contract instead of trading him — as they had done with veterans such as Mats Zuccarello, Ryan McDonagh and Derek Stepan.

After Kreider’s signing last week at the trade deadline, John Davidson, the Rangers president, said a push for the first postseason appearance since 2017 would benefit the team in years to come.

“We want our club to keep winning. We want them to go through the experience of a chase down the stretch for the playoffs. It’s very important for young people and the veteran players,” Davidson said. “If we get there, fantastic. And if we don’t, it will be a good experience and we’ll just keep moving along as we’re trying to build this into something.”

After facing Washington on Thursday and the Devils on Saturday, the Rangers will play nine of their last 14 games on the road, where Rangers Coach David Quinn said the young squad will get a primer on the rigors of a playoff chase.

The development of standout defensemen Adam Fox and Ryan Lindgren — both 22 years old — has been a revelation for a team in search of a core to build upon. Lindgren’s emergence as a physical force alongside Fox allowed the Rangers to trade Brady Skjei to Carolina last week to free up salary cap space. Fox, with seven goals and 28 assists in his rookie season ahead of Thursday’s game, has impressed Quinn with his playmaking.

“As a staff, we feel really good about our team,” Quinn said. “There’s a really good connection between the staff and our players. We’re all in this together.”