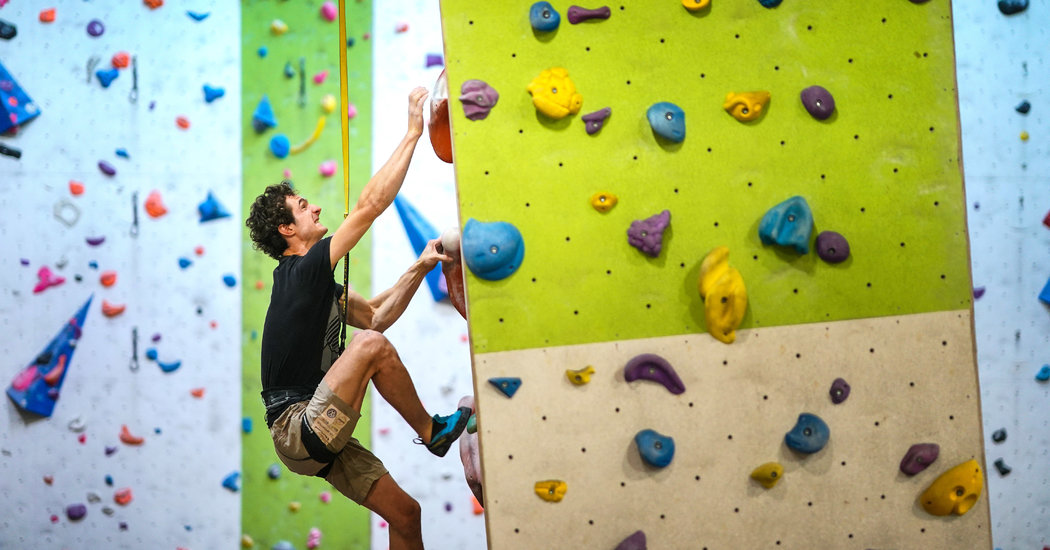 Ondra took to it instantly. Holds were bolted to his bedroom walls at age 7, then extended to the ceiling, even down the hallway. There were house rules: He had to chalk up in the bathroom. And he had to climb barefoot because shoes would scuff the walls.

By 11, Ondra was dominating junior competitions. He won his first World Cup season title in lead at 16 and followed with one in bouldering at 17. In 2014, at 21, he won both events at the world championships. He is still the only man to do that.

Outdoors, at 13, he scaled his first 5.14d route, a difficulty rating achieved only by elite climbers. In 2013, Ondra became the first to top La Dura Dura in Spain, rated a nearly impossible 5.15c, in a friendly competition with the veteran Chris Sharma, long considered the best climber of the world’s hardest routes.

In 2016, an article in Climbing magazine said that seeing Ondra scale a wall was “like watching Michael Jordan play basketball or Einstein do math.”

“Adam is very focused, very regimented,” Sharma said. “He’s got a plan. And his plan is basically to be the greatest climber of all time.”

He is also a bridge between the outdoor and indoor climbing worlds — between rock climbing’s lonely pursuit of unconquered routes in faraway places and competition climbing, with its plastic walls, carpeted gyms and trophies.

The hardest part of that is not just meeting the expectations of the rest of the world, inside and out, but in outdoing himself.

“When you win every time, you can only lose,” said Klaus Isele, an Austrian trainer who worked extensively with Ondra through 2017 and 2018. “Well, you can either lose or be just as good as people expect you to be. But you can never be better. That’s a difficult place to be.”

Ondra has few interests beyond climbing, and a singular, open-minded focus on improvement. For more than a year, he has been followed by a small crew from his company, AO Productions, creating a weekly YouTube series called “The Road to Tokyo.” He has sought advice from the Czech national ballet’s physiotherapist, looking for tips on “ankle posture.” He had a track coach teach him how to explode from the start of the speed wall, like a sprinter from the blocks. He recently embraced acupuncture and Chinese medicine.