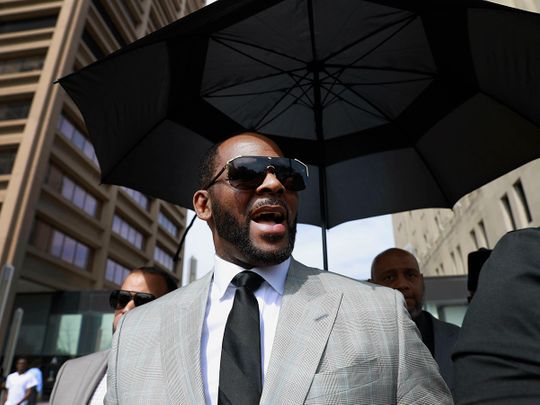 R&B singer R Kelly is due in federal court on March 5 in Chicago to enter a plea to an updated federal indictment that includes sex abuse allegations involving a new accuser.

Kelly, 53, is expected to plead not guilty to a 13-count superseding indictment unsealed last month that includes multiple counts of child pornography.

The reworked charging document is largely the same as the original indictment — which also had 13 counts — but includes a reference to a new accuser, referred to only as ‘Minor 6’.

Friday’s arraignment could be an opportunity for prosecutors to offer additional details about the new accuser and her allegations against the Grammy Award-winning artist.

The hearing could also be a chance for US District Judge Harry Leinenweber to push back the trial date. Kelly’s attorneys have said previously they couldn’t be prepared for trial by April 27, which remained the official trial date.

Kelly, who has denied ever abusing anyone, faces several dozen counts of state and federal sexual misconduct charges in Illinois, Minnesota and New York, from sexual assault to heading a racketeering scheme aimed at supplying Kelly with girls.

Kelly was jailed in July and has been awaiting trial at a Chicago federal jail a block from the courthouse where he attends pretrial hearings. He has participated in hearings in his New York case by video.

The federal charges in Chicago accuse Kelly of filming himself having sex with underage girls and of paying off potential witnesses in his 2008 trial — at which he was acquitted — to get them to change their stories.