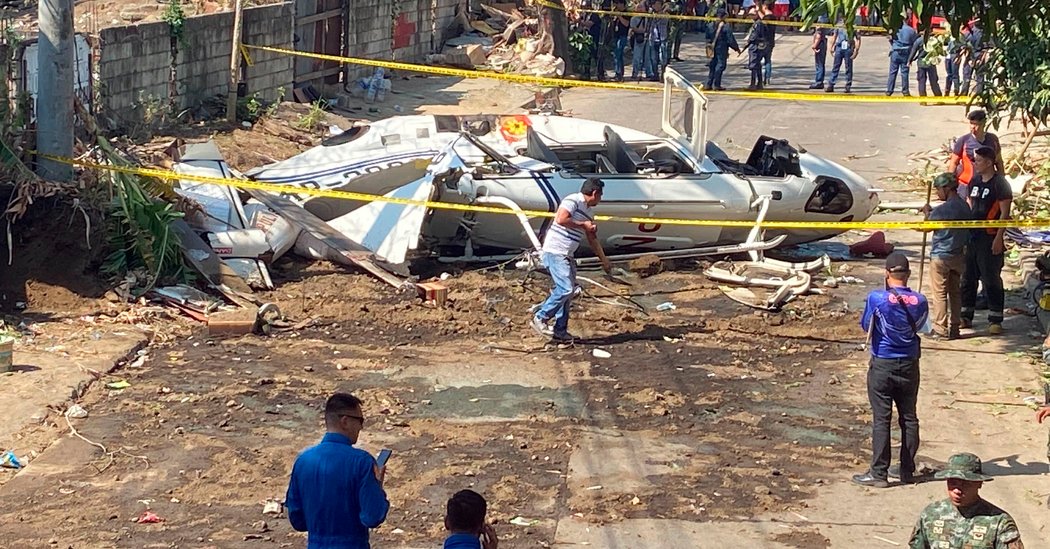 MANILA — A helicopter carrying the Philippines’ national police chief crashed outside Manila on Thursday morning, injuring him, three other generals and four others aboard.

The helicopter carrying the chief, Gen. Archie Gamboa, had just taken off from a police compound when its propeller snagged on an electrical wire, causing the crash, said Lt. Col. Chit Gaorin, a regional police spokeswoman.

“Based on the witnesses, the chopper was already above ground when it hit the cables,” Colonel Gaorin said, adding that there were eight people on board, including the national police force’s spokesman, Brig. Gen. Bernard Banac, and two other generals.

She said that Mr. Gamboa and Mr. Banac were conscious and in good condition, while the conditions of the others were not immediately available.

The head of the Philippine National Police highway patrol group, Wilson Doromal, said the accident happened in Laguna Province just south of Manila shortly after the group visited a police camp there.

“When the chopper took off it kicked up dust and there was zero visibility,” Mr. Doromal said. “The chopper hit the wires, and that was the reason the chopper crashed.”

Mr. Doromal said the helicopter had recently been purchased.

Mr. Gamboa became the national police chief in January. He served in the southern city of Davao, President Rodrigo Duterte’s southern hometown, before taking the job.