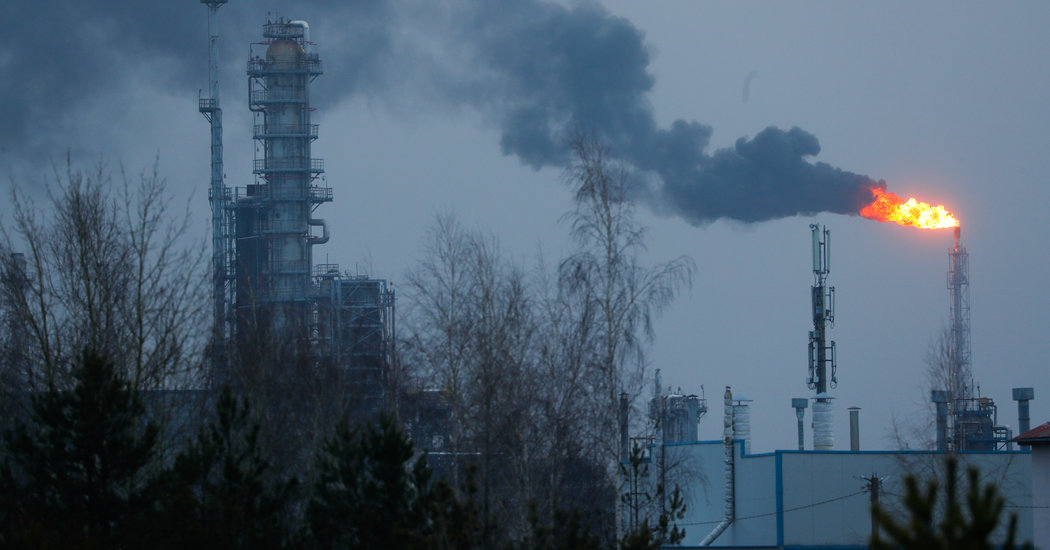 The Organization of the Petroleum Exporting Countries proposed Thursday that oil output be curbed by 1.5 million barrels a day, or 1.5 percent of world oil supplies, to deal with the effects of the spreading coronavirus outbreak on demand.

The proposed cuts are higher than most analysts expected but seem unlikely to change the gloomy sentiment in the oil market. After the announcement, prices for Brent crude, the international benchmark, fell about 0.8 percent to $50.71 a barrel.

The group wants the cuts, which would run through June 30, to be shared with non-OPEC allies. Under the proposal, the 14 members of OPEC would make one million barrels of trims, while Russia and other allies would cut 500,000 barrels.

The deal will need to be ratified at a meeting, scheduled for Friday in Vienna, of officials from OPEC, Russia, and other oil-producing countries like Kazakhstan and Oman. Uncertainty over an agreement may explain the market’s negative reaction.

“The chances that the deal unravels is probably higher than the market currently believes,” she said, based on soundings in Vienna. “If they don’t get something,” she said of the Saudis, “they will walk away.”

If so, prices might crash, analysts say, as they did after a 2014 OPEC meeting. In that instance, the Saudis threw up their hands and stopped trying to regulate the market after failing to persuade Russia and other producers to make trims to compensate for big increases of production from the United States.

Analysts say OPEC is trying to accomplish two things: push a reluctant Russia into new cuts, while signaling to the market that it is serious about addressing the reduced demand for oil caused by the coronavirus outbreak.

The decision to announce a significant cutback without Moscow’s prior approval of the deal was seen as a gutsy call.

“It was quite a power move from OPEC today,” said Helima Croft, head of commodities strategy at RBC Capital Markets, an investment bank.

Saudi Arabia wants a significant cutback because prices, which have fallen about 23 percent this year, might keep sliding, analysts say. Already prices are well below the levels that countries like Saudi Arabia need to finance their budgets, analysts say.

“This is a crisis situation,” said Robert McNally, president of Rapidan Energy Group, a market research firm. He said a cut in the range proposed Thursday was “the minimum they have to do to put a floor under prices now.”

Mr. McNally said he thought Russia was likely to come on board “kicking and screaming, trying to reduce its share until the last minute.”

In its proposal, OPEC said the coronavirus epidemic had “a major adverse impact” on economic and oil demand forecasts. IHS Markit forecast on Wednesday that demand for the first three months of 2020 would fall by 3.8 million barrels a day, the biggest quarterly drop that its analysts had seen, topping even what occurred in the financial crisis of 2008-9.

The meetings are taking place at OPEC’s headquarters in Vienna.

OPEC also said voluntary cuts of an estimated 2.1 million barrels a day, already in place, should be continued for the rest of the year. If all the existing and suggested cuts are put into effect, OPEC and its allies will have removed close to 4 percent of supply from the market.

Along with the voluntary cuts, Iran, Libya and Venezuela — all OPEC members — are producing substantially less than their potential because of a mixture of sanctions and political turmoil.

Despite this large fall in production, oil prices have been under pressure since the emergence of the coronavirus epidemic in China this winter. Abdulaziz bin Salman, the oil minister of Saudi Arabia, has been pushing hard for emergency measures to head off a glut.

Most analysts think that the recent pattern of apportioning cuts will continue. The Saudis have been taking by far the largest share of trims, helped by their allies Kuwait and the United Arab Emirates.

Russia, however, is usually a tough negotiator with OPEC and has been reluctant to agree to new cuts, forcing showdowns at the Vienna meetings. Since joining forces with OPEC more than three years ago, the Russians have succeeded in pushing Saudi Arabia, the world’s largest oil exporter, to absorb the brunt of production cuts while doing relatively little themselves.

“The Saudis are cutting more and more, and the Russians haven’t cut much at all,” Bhushan Bahree, senior director at IHS Markit, a research firm, said in an interview before the current series of meetings.