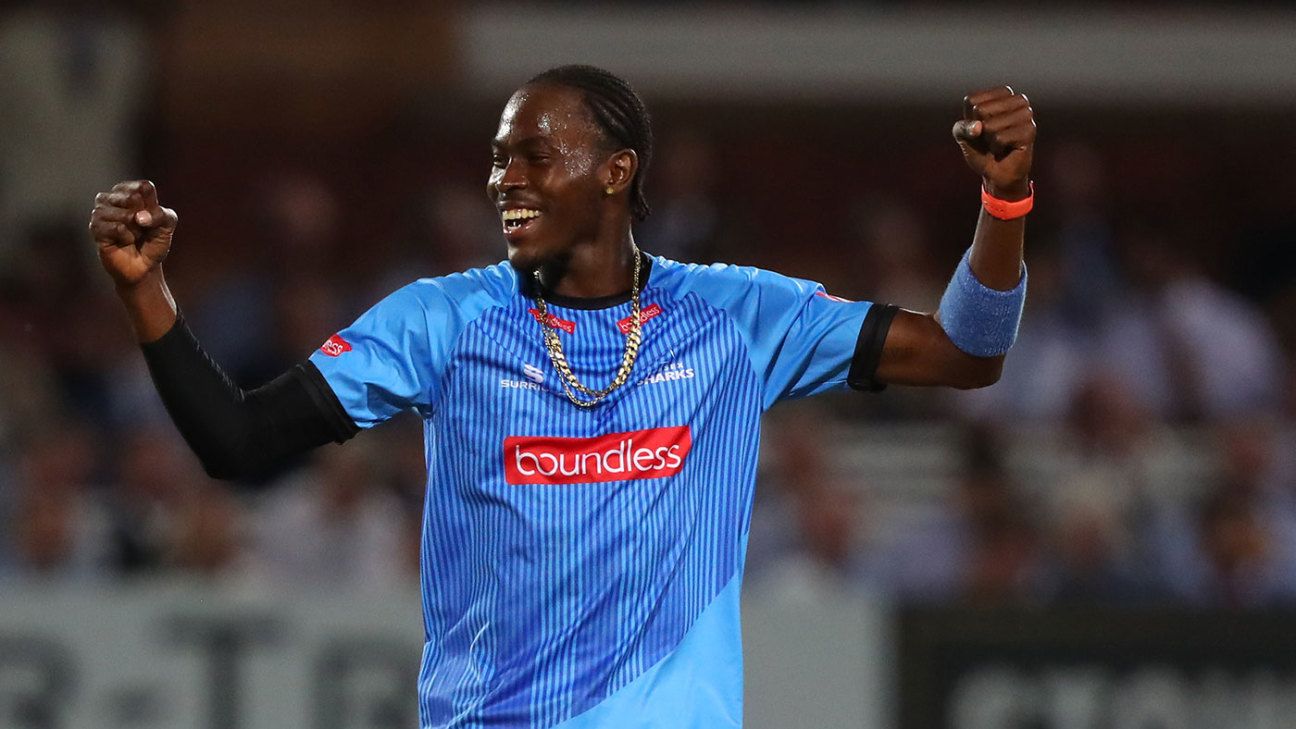 Jofra Archer has signed a two-year contract extension with Sussex that will keep him at Hove until the end of the 2021 season.

Though hugely in demand in all formats of the game, at international level and in T20 leagues, Archer says he retains a special bond with Sussex, the club where he first put down roots in England after arriving from his native Barbados in 2016.

“Sussex gave me my opportunity right at the beginning of my career, so I am very happy to commit long term to the club,” Archer told Sussex’s website.

“I really do enjoy playing with everyone here at Sussex and it was really nice to come back down last year to play a few games with the lads.

“It’s the same club that I left it as and it’s nice to know nothing has changed. Sometimes people sit in my space in the dressing room now, but that’s fine!

“It most definitely still feels special to pull on the Sussex shirt.”

Jason Gillespie, Sussex’s head coach, added: “We’re delighted that Jofra will continue to be with us at Sussex. “I’m really looking forward to having him play for us when his England commitments allows. He loves playing for Sussex – he’s like a kid in a candy store!

“We all love having him around, and seeing his improvements as a player has been great. Hopefully we can play a role in helping him continue to get better.”

Archer made his first-team debut for Sussex in July 2016, and has claimed 196 wickets in 97 appearances across all three formats. In first-class cricket for the county, he has taken 131 wickets in 28 matches.

He made his England debut in May 2019, after the ECB’s residency rules were changed from seven to three years. He has since claimed 30 wickets in seven Tests, as well as playing a pivotal role in England’s World Cup triumph at Lord’s last summer.

He is currently recovering from a stress fracture of the elbow, and is sitting out of England’s Test tour of Sri Lanka. However, he hasn’t given up hope of being fit in time to link up with Rajasthan Royals for the latter half of this year’s IPL.