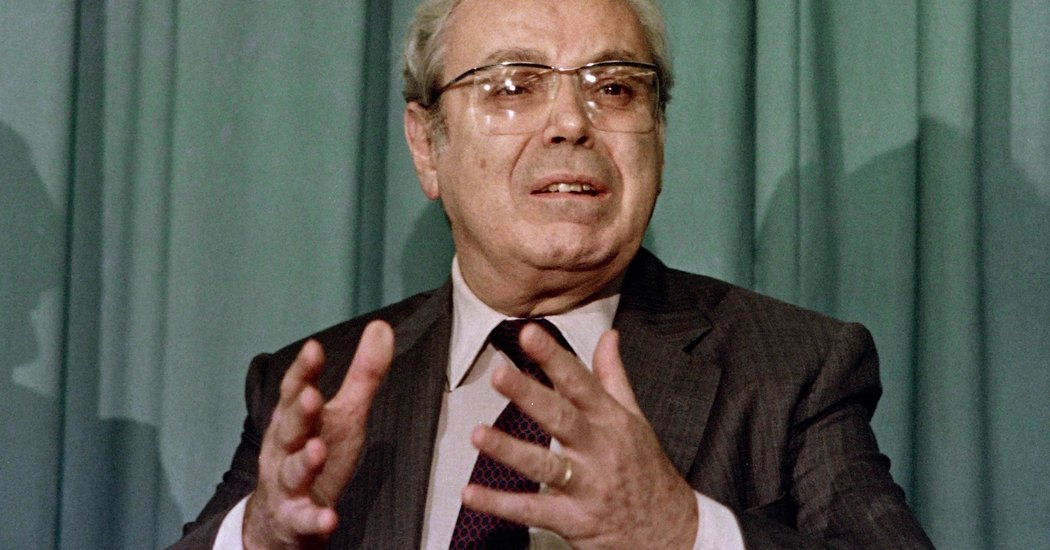 He was named Peru’s permanent representative to the United Nations in 1971, led its delegation in the General Assembly until 1975, sat on the Security Council in 1973-74 and was the council’s president in 1974. He was later a troubleshooter for Secretary General Kurt Waldheim in Cyprus, Afghanistan and other hot spots. Mr. Waldheim named him under secretary for special political affairs in 1978.

Mr. Pérez de Cuéllar resigned in 1981 and went home, expecting to be named ambassador to Brazil. But the Senate in Peru refused to ratify his appointment, and President Fernando Belaúnde Terry began campaigning for his election as United Nations secretary general. Mr. Pérez de Cuéllar refused to declare his candidacy or even return to New York to lobby for the post.

His reticence was strangely characteristic. He was a cultured and effective diplomat, fluent in English and French as well as Spanish and a skillful, if low-key, mediator among discordant voices. And he looked the part: tall, graying and distinguished, made for the pinstripes, the swallowtails and cummerbund.

But he also wrote poetry, was devoted to literature, especially the Hispanic classics, and in his gentle, self-effacing manner radiated an Old World charm, as if he would rather be home making clocks.

Under the United Nations Charter, the 15-member Security Council chooses secretary generals — General Assembly approval is rubber-stamped — and in 1981, the contest came down to two candidates: Mr. Waldheim, who was strongly backed by the Soviet Union but only tepidly by the United States and other Western nations, and Salim Ahmed Salim, Tanzania’s foreign minister, who was supported by China and radical developing nations.

After 16 ballots over six weeks, the council was still deadlocked, with China vetoing Mr. Waldheim and the United States blocking Mr. Salim. Both men stood aside, and Mr. Pérez de Cuéllar, a figure from an emerging nation who had Western attributes, was the compromise among nine candidates — “the least objectionable,” one delegate said. Mr. Pérez de Cuéllar had sat out the balloting at a beach house near Lima.

His first five-year term was inauspicious, with the Soviet army fighting in Afghanistan, with Iran and Iraq at war, and with civil wars raging in Cambodia, El Salvador, Mozambique and Angola. But he persuaded the five permanent Security Council members — the United States, the Soviet Union, Britain, France and China — to meet regularly on common problems.