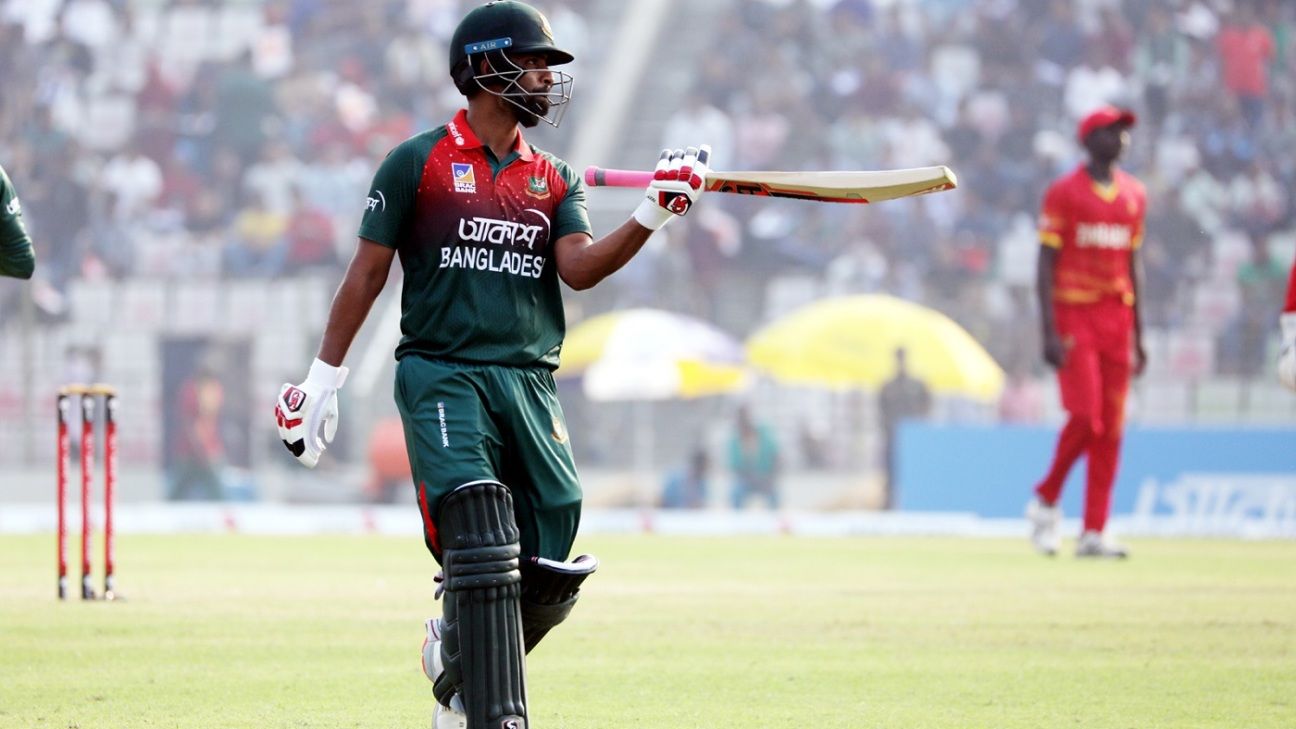 Tamim Iqbal‘s record-breaking 158 against Zimbabwe eased some of the pressure that had been on him since his return to international cricket from a self-imposed hiatus last year. During the course of the innings, Iqbal also became the first Bangladesh batsman to reach 7000 ODI runs, apart from breaking his own record for the team’s highest individual score in ODIs.

Iqbal said that the support he received from his team-mates and the team management stopped him from becoming frustrated with his lack of big runs despite hitting the ball well.

“I was under a little bit of pressure but I felt good with my batting [in the second ODI],” he said. “I wasn’t getting the big runs but I felt I was batting really well in the Pakistan and Zimbabwe Tests, and even in the nets. I knew that it was a matter of time but it was taking time to get the big knock. The team management and my team-mates kept on believing in me. They also didn’t let me get frustrated.

“It is hard to find a lot of people around you in these times, but my team-mates and team management were most important for me. The board president even said some really nice things to me couple of days ago.”

Iqbal said that during the course of the innings, he didn’t find himself batting any differently, but grew in confidence as more shots fell into the gaps. The day before the match, Bangladesh’s batting coach Neil McKenzie had said that Iqbal needed to hit two extra boundaries in the powerplay to keep his scoring rate intact.

“To be honest, I didn’t do anything differently yesterday. I got a few early boundaries, because they went into gaps. Sometimes it doesn’t fall into the gaps.

“Because my ball v runs was close, it looked like I changed everything. It is not correct, I played in my usual mindset. A positive intent ensures that things fall into place.”

Iqbal said that he was mindful of the uneven nature of the pitch, as well as Bangladesh’s batting line-up, as he stretched his innings deep. He got out in the 46th over, with the score on 292, and the team went on to score 322.

“I actually thought that the pitch gets better in the second half, as it was uneven in the first half. We were also playing with one less batsman, so I didn’t want to get out with a lot of overs left.

“I was batting with calculative risks, but I got out to a good shot, which needed a bit more height.”

When asked which of his two 150-plus knocks in ODIs was dearer to him, Iqbal said that the one in 2009, when his 154 helped Bangladesh chase their first 300-plus score against the same opposition, would remain special for him.

“Obviously I would keep the 2009 innings ahead, because it was the first time that we had successfully chased a 300-plus total.

“It was quite rare in those days. It was like chasing 400-plus these days, so back then we didn’t quite believe that we could chase down such a big total.”