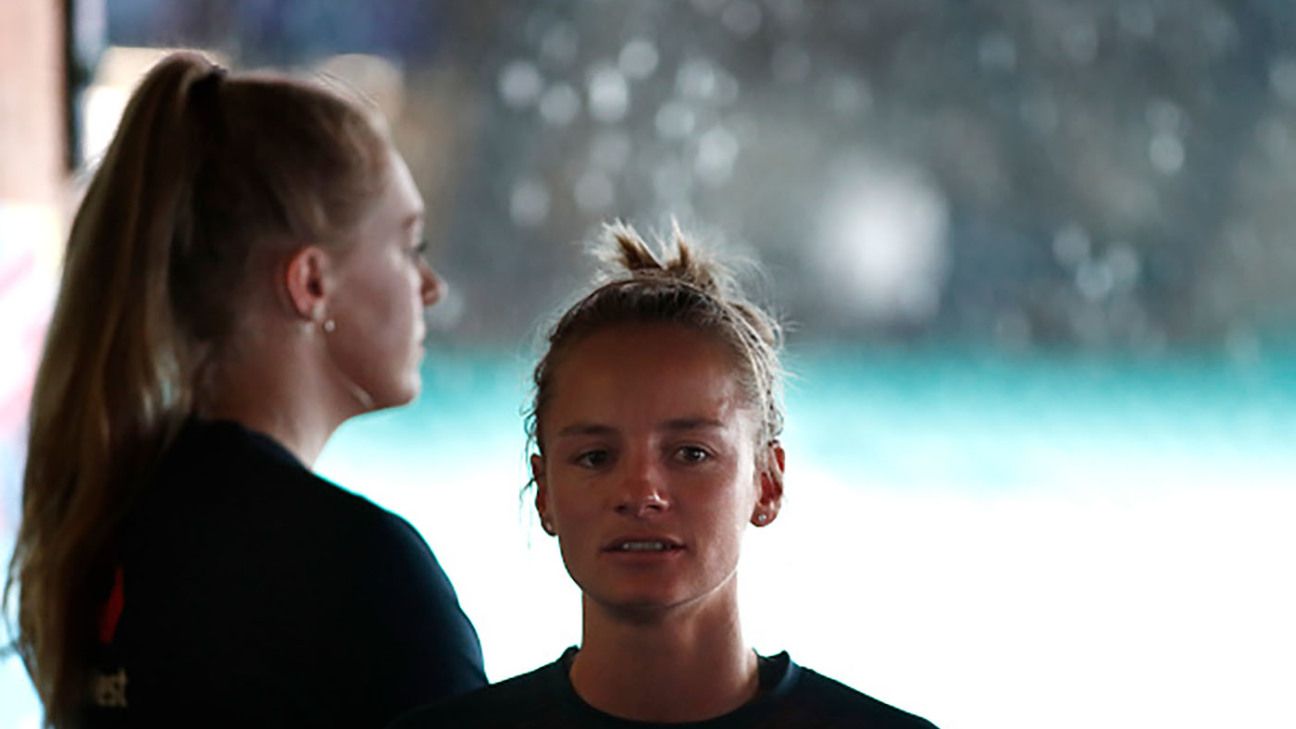 You can’t control the weather. But you can plan for it.

Like the boundary countback that handed England the World Cup (sorry to any New Zealanders reading this who don’t want reminding), ICC playing conditions have again become the major talking point.

However, unlike the boundary countback, which was a decider for a set of circumstances that, if we are fair, few could ever have seen coming, then the prospect of rain ruining cricket matches is nothing new.

And on this occasion rain decided one of the biggest matches of the tournament. It came within a whisker of deciding two, before the clouds parted sufficiently for Australia and South Africa to play to a truncated finish. The home side won and the tournament can now be blessed with a final that pits the current powerhouse of women’s cricket with the side that may well be its future powerhouse.

That will mean nothing to England tonight, though

The tournament’s playing conditions meant that India were bound to take the final berth in the event of a washout, and justifiably so, given that they had topped their group with four wins from four. And given that form, there could have been no guarantee of England living up to their higher pre-tournament seeding and winning their semi-final. But it was galling for them not even to be given the chance to compete.

While the tournament is much more than about one team, there will be some relieved people that Australia – similarly at risk – managed to dodge the weather. They have been central to so much of the hype around this competition and the ambition to get a world-record crowd at the MCG. There are already 60,000 tickets sold, but had South Africa been handed the bye after topping their group, how many of those punters would have turned up for Katy Perry alone, or at all? Tonight’s result may provide the final boost.

There were plenty of nervous jitters when Australia were 10 for 3 against Sri Lanka with their campaign on a knife edge but they managed to haul that around. However, if they had stumbled out at the group stage or been beaten on the field by South Africa, at least they would have exited for cricket reasons.

ALSO READ: ‘These are the rules, we can’t help it’ – Harmanpreet

Of course, a reserve day is no guarantee of getting a game in. But if there are two days of continuous rain, then at least you can sigh and accept that it wasn’t meant to be, regardless of the contingencies put in place. At least it would have given the match a chance.

And, while you can’t make different arrangements on a city-by-city basis, Sydney certainly has history when it comes to rain-affected matches, particularly at the back end of the season. It was astonishing that February’s BBL final, reduced to 12 overs a side, managed to get played to a finish, while the T20I between Australia and Pakistan in November was another to succumb to the weather (when, in another example of cricket’s inflexible rule book, the interval wasn’t shortened even though the overs were). If you are going to use the SCG to host vital games in late summer, it’s probably worth a better back-up plan.

It is fair that the playing conditions couldn’t be changed once the event had started – the lack of a reserve day has come into focus only because it rained – but it is a contingency that could have been in place. It should be for the future, but ideally it wouldn’t take the situation re-occurring to prompt a rethink.

Boards sign off on playing conditions well in advance of the tournaments taking place, but are they being considered enough from an actual cricket point of view? Perhaps players should be consulted more in the process.

“While the tournament is much more than about one team, there will be some relieved people that Australia – similarly at risk – managed to dodge the weather”

Some of the reasoning as to why the semi-finals didn’t have a reserve day do not really stand up to scrutiny. There is the talk of teams requiring separate travel and training days between matches, but earlier in the competition Bangladesh played twice in three days in Canberra and Melbourne. Heather Knight, unsurprisingly, said she wouldn’t have had an issue with play-travel-play if the overall aim is to keep this tournament as short and sharp as possible. This applies to the men’s tournament in October, too, where the existing conditions are again in place with only the final having a reserve day.

Also, at the men’s World Cup last year, the semi-finals both had reserve days. It was needed for the India-New Zealand match at Old Trafford and, had it been required for England and Australia at Edgbaston, then there would have been just one day left before the final at Lord’s. If that was okay then, why not now?

There are other elements that need to be looked at again. The double-header semi-final day was done with the best of intentions, but is it wise to squeeze so much important cricket into one day at the same venue? It also creates complications about how a reserve day would be used, but that should not be insurmountable. Coupled with the fact that the minimum overs had increased from 5 to 10 per side – again, with solid reasoning but perhaps without full thought of what could happen – it meant that there would have needed to be a minimum of 40 overs of play to get two results.

This tournament has had so many brilliant things about it. The final on Saturday will be a great event, maybe the greatest day ever for women’s cricket, with the best two teams in the format locking horns in what is also a dream outcome for the marketing and commercial people. However, this was far from a perfect day for cricket.