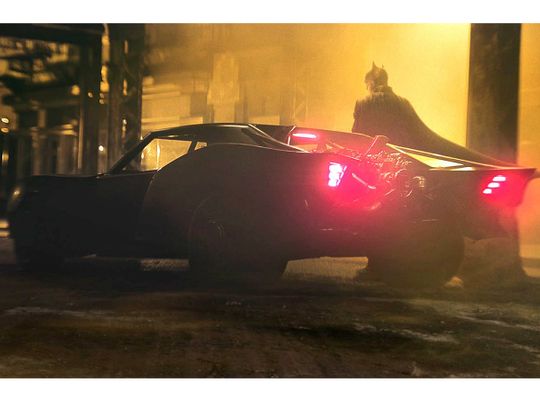 Before any new Batman movie hits theatres, an air of excitement is always created by the new set of wheels that the Caped Crusader will be driving. And The Batman director Matt Reeves has posted several images of the new motor (not because the last one ended up in a Moscow impound lot…) on his Twitter account today and it looks awesome.

Finished in matte black, it features a menacing front end, striking side profile with cape-like custom fenders and a massive engine that has been mounted directly behind the passenger compartment.

Overall it has a Seventies American muscle car vibe (it looks like it could ibe based on a 1970 Plymouth Barracuda) and is way more aggressive than the original Batmobile, driven by Adam West, but not as crazy as the Tumbler in the recent Christopher Nolan directed movies. We think it looks fabulous.

Behind the wheel of the new car will be Robert Pattinson (he’ll be portraying Batman in his early years) and the new movie, releasing in June 2021 also stars Zoë Kravitz as Catwoman, Colin Farrell as The Penguin, Paul Dano as The Riddler, and Andy Serkis as Alfred Pennyworth.