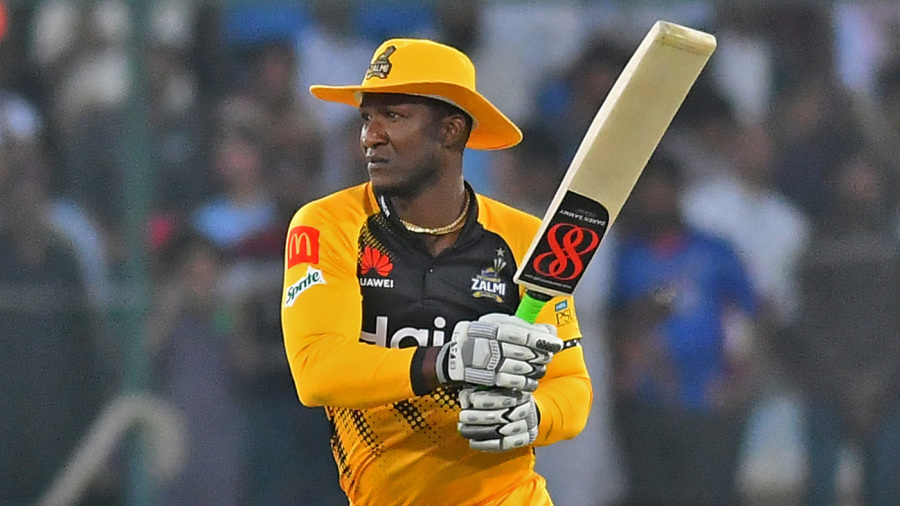 Daren Sammy will no longer captain Peshawar Zalmi effective immediately, and will instead move upstairs to take over as head coach instead.

In a major mid-season reshuffle, last year’s finalists also announced Wahab Riaz is to take over as full-time captain, while Mohammad Akram, who was the head coach until now, will continue as director of cricket, as well as serving as the franchise’s bowling coach.

This doesn’t necessarily mean the tremendously popular Sammy has played his last game for Peshawar Zalmi, however. Peshawar said he would serve as head coach-cum-player for the next two years, suggesting he may still have a role to play on the field. However, Mohammad Akram, who made the announcement, was clear that his role with Peshawar was primarily as head coach, now.

“Daren is very close to my heart, and the Zalmi family’s heart,” Akram said. “It took a little persuading to come to this decision. Daren will be the new head coach of Peshawar Zalmi starting today for the next two years. His contract is already as a playing coach, so if the committee feels he’s in form to play, he can take the field as well. But from today, he is head coach first.”

For his part, Sammy’s remarks suggested the decision to make the move had not been a completely harmonious one. Calling the decision “difficult” and insisting he was fully fit this season, he accepted he needed to do what the team required, and had ultimately agreed moving to a non-playing role was the best option.

“As a player, it’s always difficult to make the transition,” he said. “Like Akram said, we are a family, and throughout the years of playing and leading this franchise, we have shown it’s not just a cricket team but a family. The truth is the last two years I’ve played not fully fit. This year, I feel I’m ready to go, but if there’s one thing that made Peshawar Zalmi what it is, my message is to do what’s necessary, what’s best for the team. As a leader, I feel I’ve demonstrated that.

“This year, my preparation and form has not been exactly what I wanted it to perform in the best way possible. So we came to this decision to do what was best for the team. If I’m asking my players to do what’s best for the team, then I must practice what I preach. I still have the option to select myself, but I think for this tournament right now, looking at the young players we have, it’s time for me to lead the team in a different role.”

Suggestions of some disagreements brewed when Sammy posted a cryptic tweet hours before the side’s game against Karachi Kings on Monday, saying “I’ve learnt you are important until you’ve completed your role”. When the game began, it was Wahab instead of Sammy who led the side, the fast bowler saying Sammy was “resting”.

Sammy has been a mainstay of the Peshawar Zalmi side since its inception. Named vice-captain of the franchise in 2016, he has only missed three of the 53 games the team has played, the last one coming on Monday. He took over as captain in 2017 after Shahid Afridi stepped down, and his popularity in Pakistan soared when Peshawar’s overseas contingent all travelled to Pakistan for the 2017 PSL final in Lahore, when Quetta Gladiators, who were playing them in the final, had to play without their overseas players, who pulled out due to security reasons.

On March 23, the day after the final on what is Pakistan Day, Sammy will be made an honorary citizen of Pakistan by the country’s government in recognition of his “invaluable contribution to cricket in Pakistan”.

Danyal Rasool is a sub-editor at ESPNcricinfo. @Danny61000