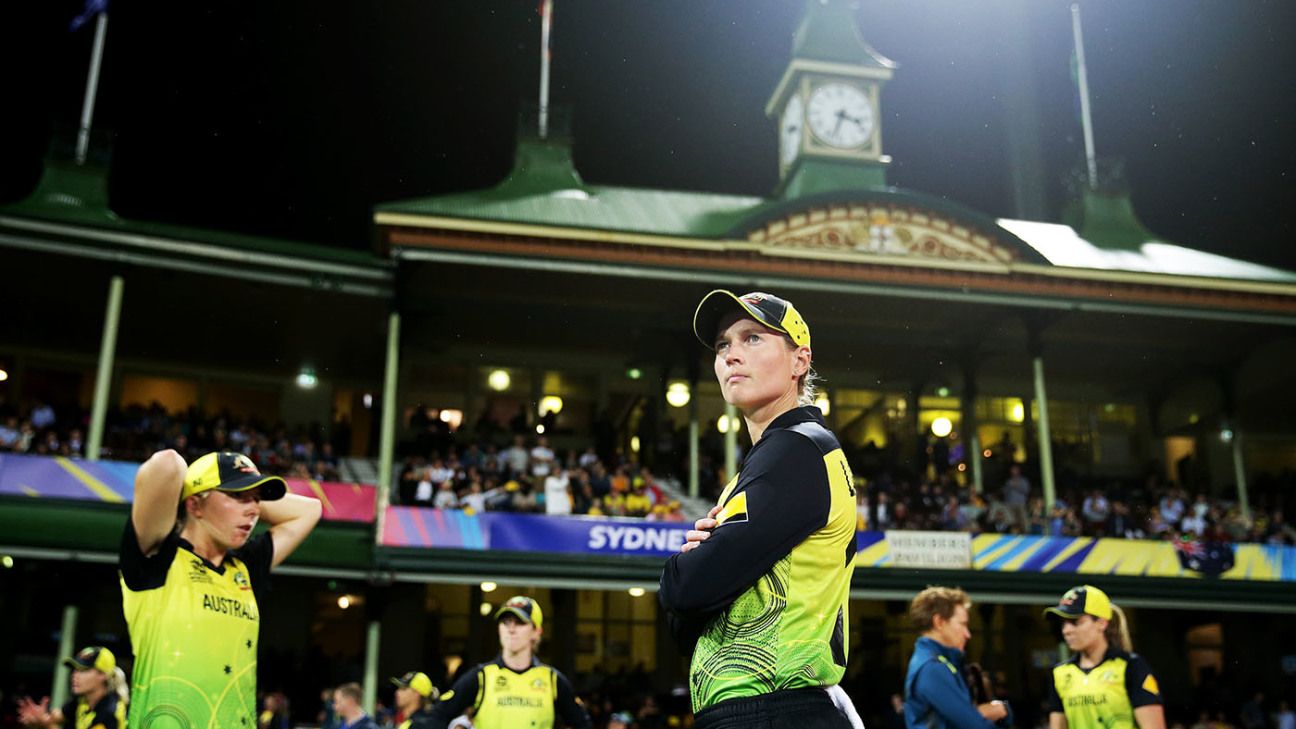 It was one of the most stressful days of Meg Lanning‘s career. Some of her team-mates had given it up and even refused to open the curtains in the morning as the rain pelted Sydney.

“I thought we were out,” Megan Schutt admitted. “When I rocked up to the ground and saw the rain, saw the gloomy England team I thought that was it, our World Cup was over.”

“I didn’t even bother opening the curtains in my room today, because I just couldn’t bring myself to look outside,” Beth Mooney said.

Then the rain cleared for Australia to bat 20 overs only to return at the change of the innings. Would the weather still send South Africa through? The team made no secret of their eagerness to get back into the middle, huddling on the boundary edge even as the drizzle persisted.

“Did you see us all quickly run out there when it was still raining?,” Delissa Kimmince said. “We were just doing all we could to get out on the field. It was still raining but we knew what the cut-off time was but we just wanted to push our case. We knew we had to get 10 overs so we were trying everything we could. Lucky enough it cleared up for just enough.”

“I got off the field after the game and she had tears in her eyes. And that made me tear up because you don’t really see that emotion from Pez”

It stopped to allow a 13-over chase but the radar was threatening all around Sydney. Ten overs was needed for the match, but Australia couldn’t lose their focus on the rush to get there and let South Africa skip ahead on DLS.

However, their bowling and fielding had given them the breathing space to survive the late dip by Laura Wolvaardt – a player who can dominate the game for the next decade and more – and 19 off the last over was more than enough for Jess Jonassen to defend.

“We were pretty confident,” Lanning said. “We knew the cut-off and the radar was pretty clear once that patch had gone through, and the grounds crew said that as well. We were confident we could get back on. It was nice it was able to clear up for a bit.”

For a player, and captain, known for keeping her emotions in check, Lanning’s relief and delight was clear the moment the final ball had become dead.

“It wasn’t an easy day,” she said. “We had a lot of waiting around and just hoping the weather was going to hold off. We got a little bit lucky, I guess. We’ve really built throughout this tournament. We’ve had a lot thrown at us. To be able to sort of come together in a really big moment is certainly very special. We’ll certainly enjoy the win knowing there’s something massive coming up over the next few days.

“Even the last over, the last few balls, you just never can rest and think you’ve got it in the bag. South Africa played extremely well. They took it right to the end. We sort of got a bit of momentum with both bat and ball, but they were able to pull it back really well. It was a tough game. I really feel for them. We certainly had to play very well to get through.”

“I got off the field after the game and she had tears in her eyes,” Schutt said. “And that made me tear up because you don’t really see that emotion from Pez. For her to show the pain the other day you knew there was a serious injury there, she doesn’t really show her pain. To come off the field and see the absolute pure joy in her eyes and the tears as well, I could have cried in that moment and it shows the team character that she is.”

Australia have overcome a defeat in the opening game of the tournament, being 10 for 3 in the chase against Sri Lanka, an injury to their fastest bowler, the loss of their talismanic allrounder and the threat of a washout to reach the most talked about final in the history of the women’s game.

“I think it shows that we have a lot of resilience and are able to adapt to different situations,” Lanning said. “It hasn’t been a smooth journey to the final. You sit down at the start of the tournament and think about how things might go, and none of that has happened for us really, but that doesn’t mean we can’t get a result, and that’s the attitude we’ve got. I think different players have stood up at different times, and we’ve had to adapt our game style, and that’s fine. We’ve got the players to do it.

“Our attitude throughout has really been very positive and just enjoying the moment. The good thing is we’ve given ourselves an opportunity now, and that’s all we wanted to do. So we just want to have smiles on our faces and take the game on on Sunday. It’s going to be a great game.”