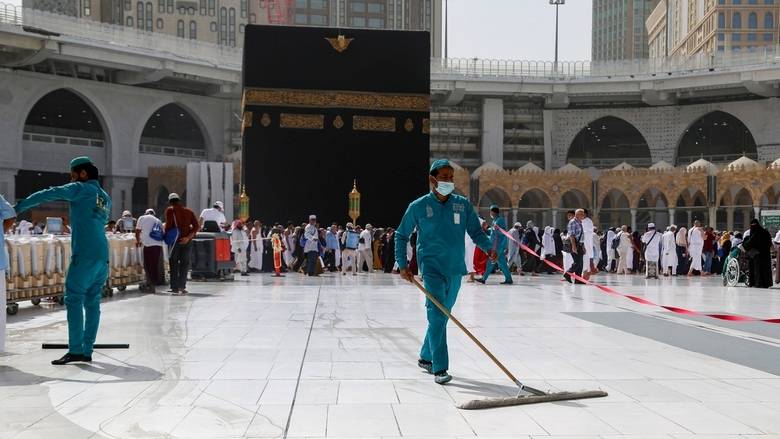 An official source at the General Presidency for the Grand Mosque in the holy city of Makkah and the Prophet’s Mosque in Madinah announced the opening and closing schedules of the two mosques.

The two holy mosques are to be closed an hour after the evening prayer (Isha prayer), and they reopen one hour before dawn.

The courtyard around the Holy Kaaba and the area between the Safa and Marwah shall remain closed until the suspension of Umrah and the prayers are to be held inside the mosque alone.

The move comes in accordance with the precautionary health measures recommended by the competent authorities, and the importance of maintaining the cleanliness of the two holy mosques to prevent the spread of coronavirus infection, and the necessity of intensifying cleaning and sterilization work in the two holy mosques during non-prayer times.

Saudi Arabia on March 4, suspended the year-round umrah pilgrimage to the holy cities of Makkah and Madinah over coronavirus fears, the interior ministry said. The Gulf state has decided “to suspend umrah temporarily for citizens and residents in the kingdom”, the ministry said in a statement carried by the official Saudi Press Agency. The decision comes after Saudi Arabia last week suspended visas for the pilgrimage and barred citizens from the six-nation Gulf Cooperation Council from entering two of Islam’s holiest cities.