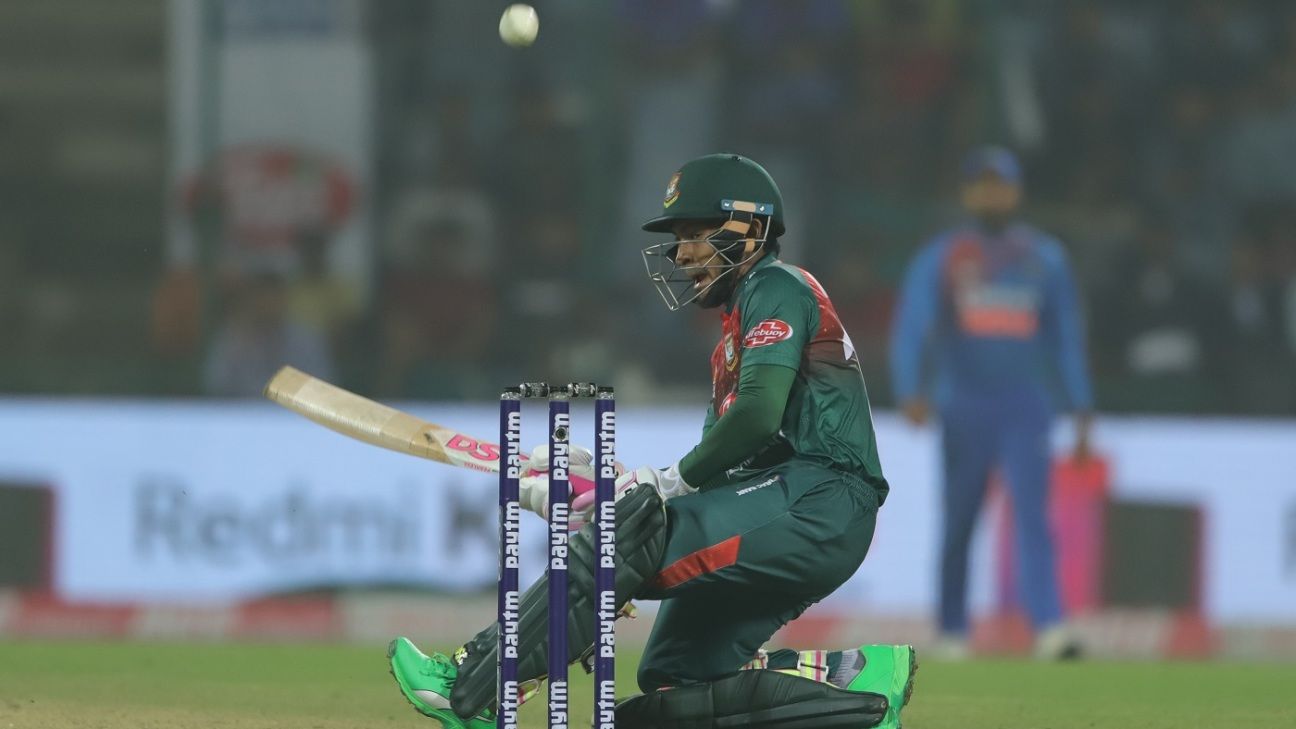 Bangladesh selectors have given uncapped left-arm spinner Nasum Ahmed a spot in the T20I squad for the two matches against Zimbabwe on March 9 and 11.

Nasum picked up six wickets from 13 matches for the Chattogram Challengers, who made it to the second qualifier before they were knocked out. Overall, the 25-year old has played 17 T20s and picked up eight wickets at an economy rate of 7.23.

The selectors also recalled Mushfiqur Rahim and allrounder Mohammad Saifuddin, both of whom missed the three match T20I series in Pakistan in January. There was no place for Mohammad Mithun and Rubel Hossain, while Najmul Hossain Shanto’s finger injury ruled him out.

“We had to offload Mithun and Rubel as we included Mushfiq and Saifuddin. Shanto is out injured,” said chief selector Minhajul Abedin.