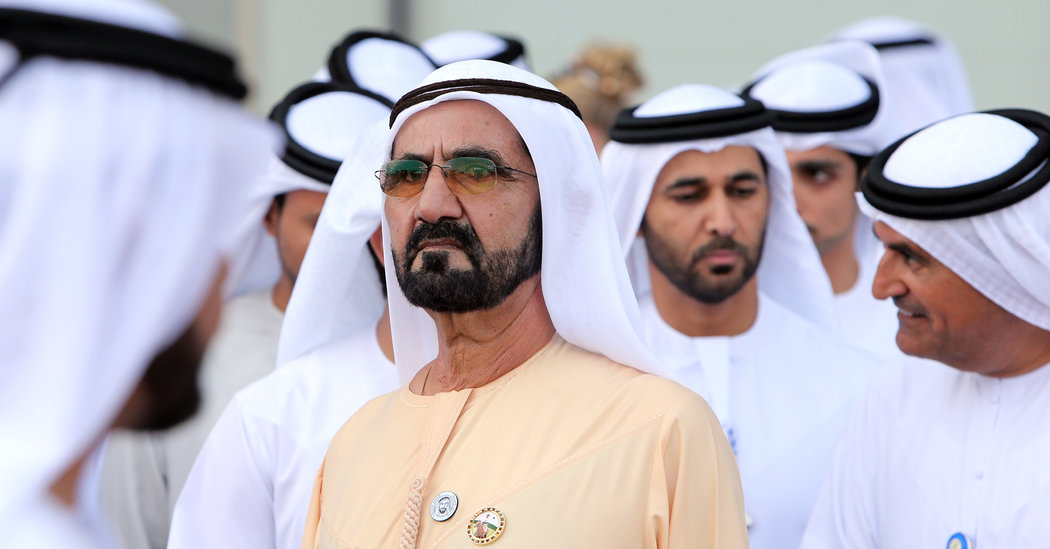 BEIRUT, Lebanon — A court in Britain has found that Dubai’s ruler kidnapped and confined two grown daughters, then threatened one of his many wives when she began to question his treatment of them, according to British court documents released on Thursday.

The ruler, Sheikh Mohammed bin Rashid al-Maktoum, has been under scrutiny since allegations emerged in late 2018 that the daughters, Sheikha Latifa Mohammed al-Maktoum and Sheikha Shamsa al-Maktoum, had each tried to escape their restricted lives, only to be abducted and returned to house arrest in Dubai, the gleaming financial hub of the United Arab Emirates. The wife who said she had been threatened, Princess Haya of Jordan, fled months later with her two young children to Britain.

None of the allegations had been proven or legally adjudicated until now, after Princess Haya raised them before Britain’s high court in a child custody case against her husband. Sheikh Mohammed is unlikely to face legal consequences. But the stark descriptions of how the sheikh wielded his wealth and absolute power against his own family may prove hard to shake.

Relying on the oral testimony of four witnesses, a video that Sheikha Latifa recorded before her escape attempt from Dubai in 2018, written statements and a police investigation into Sheikha Shamsa’s disappearance from Britain in 2000, the judge, Sir Andrew McFarlane, found the evidence was in Princess Haya’s favor.

The sheikh’s treatment of his daughters is “of a very high order of seriousness,” the judge wrote, and “may well involve findings” that it violated criminal law and human rights norms.

Sheikha Latifa’s video, posted on YouTube, made headlines in late 2018 with its allegations that her father had kidnapped Sheikha Shamsa after she escaped her family’s estate on a trip to Britain in 2000 and had kept her in drugged isolation ever since. The court documents trace Sheikha Shamsa’s disappearance in far greater detail, describing how armed men seized her in Cambridge in August 2000, returned her to her father’s estate in Newmarket and put her on a helicopter to France before she was flown back to Dubai in a private jet.

“I don’t have the time to write in detail, I am being watched all the time so I’ll get straight to the point,” reads a letter ostensibly written by Sheikha Shamsa to an immigration lawyer she had hoped could advise her on staying in Britain. “I was caught by my father,” reads the letter, cited by the court. “He sent four Arab men to catch me, they were carrying guns and threatening me.”

The men had given her two injections and a handful of tablets, the letter stated, but the judge found insufficient evidence to support that claim, finding only that Sheikha Shamsa appeared drunk during her abduction. When she returned to Dubai, the letter stated, she was locked up in solitary confinement.

The British police investigated, only to drop the case after Dubai refused a detective’s request to interview the sheikha in person.

In the 2018 video, Sheikha Latifa said she also had tried to escape, to Oman in 2002, out of horror at Sheikha Shamsa’s situation, only to be caught, held in solitary confinement and regularly beaten for more than three years.

By the time the video was recorded, Sheikha Latifa said, she led an oppressively restricted life in a palace in Dubai, followed everywhere by minders. Banned from studying abroad or traveling even within the United Arab Emirates, she found an outlet in skydiving and caring for animals. For years, she had secretly planned an escape with the help of a Finnish friend, paying a Frenchman who claimed to be an ex-spy thousands of dollars to take her from the Arabian coast to India. Once there, she planned to claim asylum in the United States.

As the yacht transporting the sheikha neared the Indian coast in February 2018, however, Emirati and Indian commandos stormed the vessel and captured the sheikha and crew, her friends and associates have said. The judge found the allegations credible.

Tiina Jauhiainen, the sheikha’s Finnish confidante, said on Thursday that she was “relieved and happy” that the court had thrown its weight behind her friend’s story.

“However, I am also saddened that although the English High Court has concluded unequivocally that Latifa was unlawfully kidnapped, she is still being held against her will,” she said.

For two years, Sheikha Latifa has not been seen in public, other than in photos her family released in December 2018, looking dazed, as she sat beside Mary Robinson, a former Irish president and United Nations high commissioner for human rights. The family had asked Ms. Robinson to meet with the sheikha in an apparent attempt to counter news stories about the sheikha’s kidnapping.

At the time, the family said that Sheikha Latifa was receiving treatment for mental troubles at home.

Sheikh Mohammed declined to appear in court or to provide witnesses, according to the court documents, and did not dispute that he had ordered his daughters returned to Dubai after they tried to leave. But in statements to the court, he cast each episode as an attempt to protect them.

Citing an email in which Sheikha Latifa said she intended to claim $300 million in damages against her father, the sheikh said the French operative who arranged her escape, Herve Jaubert, had manipulated her in an attempt to extort money.

“We feared that our daughter was in the hands of a criminal who might hold her to ransom and harm her,” he said. “To this day I consider that Latifa’s return to Dubai was a rescue mission.”

As for Sheikha Shamsa’s disappearance in 2000, he said, he and her mother had “jointly decided to organize a search” after she “went missing for a period of time.” His daughter “was more vulnerable than other young women of her age because her status made her a kidnap risk,” he said, and “her mother and I were extremely worried about her safety and well-being.”

According to the court documents, it was Princess Haya who asked Ms. Robinson to meet Sheikha Latifa in December 2018, a move that ultimately did more to damage Ms. Robinson’s reputation than to assuage concerns about the sheikha’s well-being. But the princess told the court she had already begun to harbor doubts about Sheikha Latifa’s treatment, despite her husband’s reassurances that the sheikha was “not stable and that she was bipolar.”

A trusted family doctor whom Princess Haya had asked to evaluate the sheikha told her “in unequivocal terms that there was nothing wrong with Latifa,” according to court documents. When she visited Sheikha Latifa in a locked, guarded house that was “akin to a prison,” she told the court, the sheikha hugged her and burst into tears.

Sheikh Mohammed and Princess Haya had long had marital troubles; Princess Haya acknowledged an affair with a British bodyguard about a year before. But her relationship with the sheikh cooled even further as she continued questioning her husband about the sheikha, she said. His response, she said: Stop interfering.

Almost immediately, there were signs that Princess Haya’s own status was in jeopardy.

Trusted staff members were fired. Her desk at the royal court disappeared. The sheikh’s staff investigated her personal finances. Without telling her, the sheikh obtained an Islamic divorce in February 2019, on the 20th anniversary of her father’s death. Anonymous notes appeared in her bedroom, warning in one instance, “We will take your son — your daughter is ours — your life is over.” Twice, she told the court, she found a gun on her bed, the muzzle pointing toward the door, the safety catch off.

A few weeks later, in April 2019, the princess decamped to Britain, where the court found that the sheikh had continued to threaten her.

“He is a desert boy,” she said the sheikh told her in a telephone conversation about their 7-year-old son, Zayed, earlier this year. “In a few months we will take him from you — you will see.”

Princess Haya told the court she believed that the sheikh was arranging to marry their 12-year-old daughter, Jalila, to Saudi Arabia’s crown prince and de facto ruler, Mohammed bin Salman. The court said it could not substantiate those allegations.

Judge McFarlane has made clear that the court considers both children at risk, making them wards of the court and issuing a protective order to prevent Jalila from marrying.

Sheikh Mohammed and the Dubai and Emirati governments have assured the court that they will respect its judgment, according to the documents. The sheikh has agreed that the children can continue living in Britain with their mother, and is now seeking only to re-establish direct contact with them, the finding says.

But while the judge expressed “gratitude” for such assurances, he wrote, “I concluded that these instruments failed to afford the children any significant level of protection from the risk of abduction within England and Wales.”