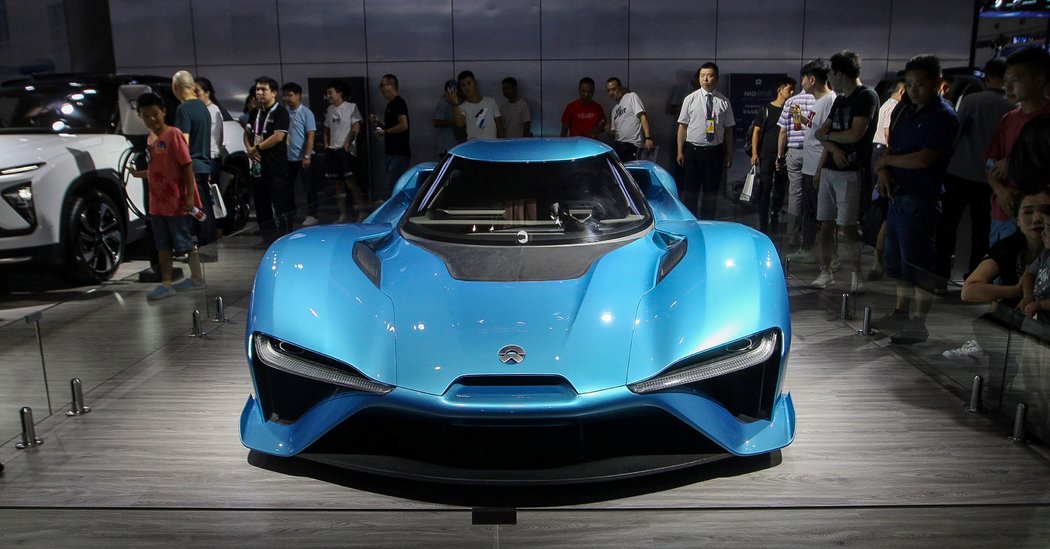 FRANKFURT — For most of the last century the auto industry has been known more for shutdowns than start-ups. Brands like Saab, Pontiac and Plymouth disappeared and not much took their places.

But the advent of electric cars has provided a rare opportunity for new companies to challenge the automotive establishment.

Tesla has shown that it’s possible. Founded in 2003, the company is putting a scare into the likes of BMW and Mercedes by outselling some of their most popular models. A new crop of upstarts, mainly based in California and China, is trying to follow Tesla’s lead and take advantage of traditional car companies’ slowness to develop battery-powered vehicles.

The hurdles for these new car companies are lower than they have been in decades. Electric cars are easier to design and build than cars with internal combustion engines, because they have fewer moving parts.

Still, building any car is hard and expensive. No doubt some of the start-ups listed here will not make it. Some have already dropped out. Dyson, best known for vacuum cleaners, abandoned its electric car dreams in October. “We simply cannot make it commercially viable,” Dyson said at the time.

But some start-ups may have an impact, especially those with a new approach to design, a technological advantage or a deep-pocketed backer like the Chinese government. Here’s a look at some of the new challengers.

China is trying to use the transition to electric vehicles to become a major automobile exporter, as a matter of government policy. One beneficiary is Byton, which plans to begin volume production of an electric S.U.V. at a factory in Nanjing next year. The cars will go on sale in the United States and Europe by the end of 2021.

“The government sees electric vehicles as a chance to play at a global level,” said Daniel Kirchert, a former BMW executive who founded Byton with financial help from the government. He added, “We are not a state-planned company but really a start-up.”

Byton aims to be the most digital car on the road. The interior features a screen for every passenger and a screen embedded in the steering wheel. With a starting price of around 45,000 euros, or about $49,000, before taxes, Byton will cost a little more than an entry-level Tesla Model 3. “We want to create a smart device on wheels,” Mr. Kirchert said by phone from Hong Kong.

Based in Shanghai, this is one of the few new electric car companies that is already building and selling cars. Founded by the billionaire William Li, NIO has four models in production, including the ES6, an electric S.U.V. that sells in China for 358,000 renminbi, or about $50,000. NIO is also listed on the New York Stock Exchange and has sold more than 30,000 vehicles in China since it began volume production in June 2018.

But NIO appears to be a long way from profitability, reporting a loss of $353 million in the third quarter of 2019, more than sales during the same period. Deliveries this year have been hit by the coronavirus outbreak, which has depressed sales for all automakers. NIO shares have dropped about 60 percent since last year. NIO is considering selling its cars outside China, but hasn’t made firm plans, a spokeswoman said.

The transition to electric cars got a boost from the Volkswagen emissions scandal, which called attention to the pollution caused by internal combustion engines. So it is only fitting that the founder of one start-up is Anton Piëch, known as Toni, son of Ferdinand Piëch, the former chairman of Volkswagen sometimes blamed for creating the corporate culture that bred the scandal.

The elder Piëch, who died last year, was not known as a fan of electric cars, but he was known for pushing technical boundaries. The car that bears the family name does that. The Piëch Mark Zero, scheduled to go on sale in 2022, will zip from zero to 60 mph in 3.2 seconds, travel 300 miles on a charge and recharge in less than five minutes, the company said.

The company, based in Los Angeles, plans to begin selling a luxury vehicle called the FF 91 by the end of the year with a sticker price of well over $100,000. Amenities will include lots of screens and reclining rear seats that, the company said, use NASA technology to distribute the passenger’s weight evenly. The car “is meant to be a niche player in the luxury segment,” John Schilling, a company spokesman, said in an email.

Backed by $1 billion from the Saudi Arabian public investment fund, Lucid is building a factory in Arizona to produce the Lucid Air, a luxury car that the company said would go on sale before the end of 2020. The car is designed to exploit the space that becomes available when there is no longer a need for bulky internal combustion engines and transmissions.

“We have a car which is very spacious on the inside and relatively compact on the outside,” Peter Rawlinson, a Tesla veteran who is Lucid’s chief executive, said in an interview last year.

Lucid’s early models will sell for north of $100,000, but the company hopes to eventually offer more affordable cars.

Another California start-up, Canoo said it would offer electric vehicles next year by subscription. Customers will pay a monthly price similar to a lease, but with no fixed time commitment. The strategy helps address one of the obstacles to selling electric cars: the price, which is usually higher than a comparable gasoline vehicle.

Canoo, led by Ulrich Kranz, who managed development of the BMW i3 electric car, has unveiled a podlike prototype that it described as an “urban loft on wheels.” Canoo plans to begin offering subscriptions in Los Angeles in 2021 and gradually expand the service to other major cities in the United States.

In February, Canoo announced a deal with Hyundai to jointly develop an electric car platform — the chassis, electric motors, batteries and other components that sit below the car body.

With backing from the likes of Amazon and the Ford Motor Company, Rivian has some of the most solid financing of any of the electric car start-ups. Its imprimatur also gives Rivian credibility, which is crucial for an untested start-up.

Rivian is accepting $1,000 deposits on electric pickups and S.U.V.s that it plans to begin delivering from a factory in Normal, Ill., before the end of this year. In addition, Ford plans to use Rivian’s platform for some of its own electric vehicles, including a pickup.