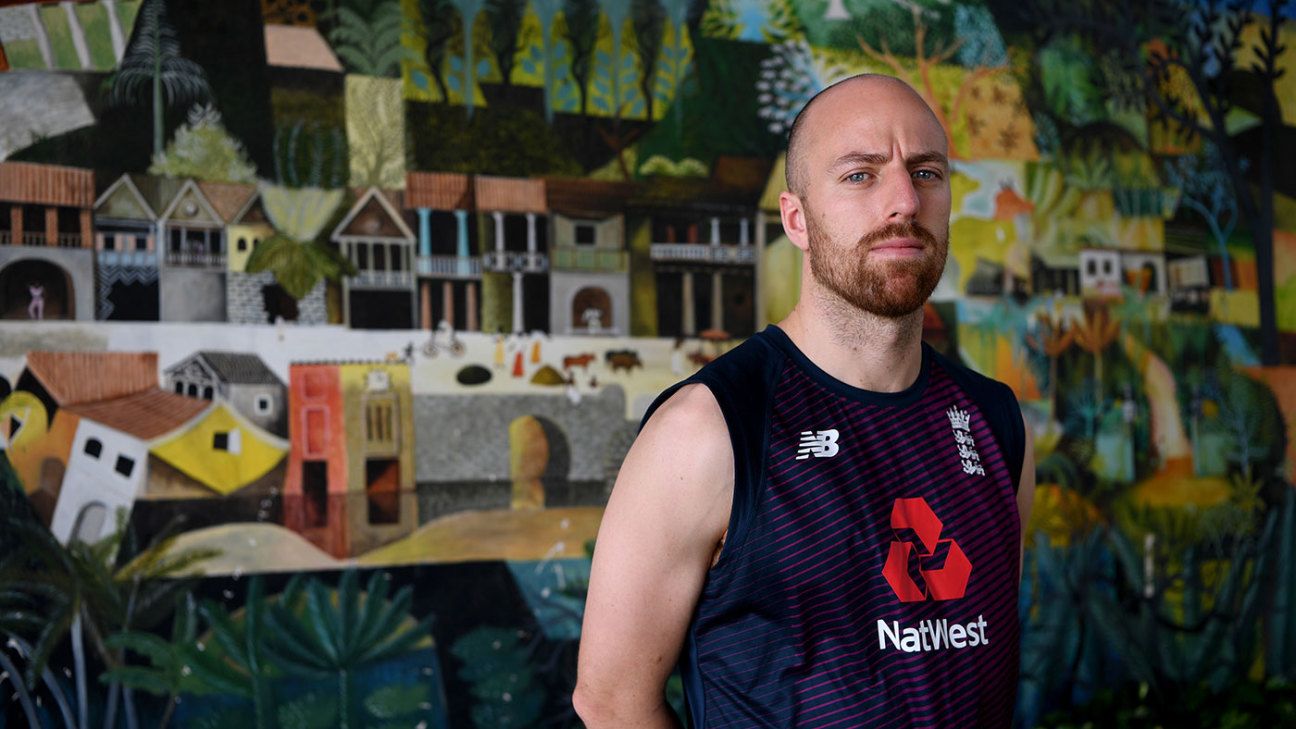 Left-arm spinner Jack Leach has revealed that he feared for his life after contracting sepsis on England’s tour of New Zealand, admitting there was a point at which he thought to himself: “Don’t fall asleep because you might not wake up”.

Leach suffers from Crohn’s disease, an inflammatory bowel disease that requires him to take regular medication which weakens his immune system. After playing in the first Test of England’s series in New Zealand, he contracted gastroenteritis, and was later hospitalised with a bout of sepsis caused by his body’s response to the illness.

“I didn’t know too much about it at the time, how serious it could be, but I remember feeling very, very ill,” Leach told the PA news agency.

“I remember thinking, ‘Don’t fall asleep because you might not wake up’. It was that serious in terms of how I was feeling.

“I was out of it, really. My blood pressure was dropping quickly, my heart-rate was 190 and my temperature was 40 degrees. That’s when they called an ambulance and got me to hospital. Once I got there, got the antibiotics in my arm and on to a drip, I started to feel better quite quickly but it still took a couple of nights in hospital and I was probably still recovering when I flew back from New Zealand. It took longer to get over than I thought.”

Leach returned to the UK after that tour before flying out to South Africa with the rest of the England squad, but his preparations ahead of that series were blighted as he was affected badly by the sickness bug that went around the touring party.

“These things affect the older generation a bit more but with the medication I’m on, my immune system might be similar to that”

“I picked up a couple of things out there and my body couldn’t cope with it,” he said.

“Other people got ill but I struggled to fight it off as well as a healthy person. The medication I’m on for Crohn’s weakens my immune system, so it is just a bit more of a struggle.

“You can start to feel fine in general but playing high-level sport is a completely different thing and that’s probably something I didn’t think about enough.

“As sportsmen we try to push through pain. You don’t want to be weak mentally or physically but unfortunately that was the situation: I was weak physically. With your health you sometimes have to take a step back.”

England have taken precautions in an attempt to ensure that their squad is not affected by illness on their tour of Sri Lanka, having landed on Tuesday, with captain Joe Root confirming the players would not be shaking hands with one another and medical staff giving out ‘immunity packs’.

And while the global crisis surrounding the outbreak of coronavirus is a concern, Leach admitted that he was reassured by the fact that only one case has been confirmed in Sri Lanka so far.

“I’ve come to a safer place,” Leach said. “I’ve been nervous in England but I feel fine here.

“I guess I am a little bit more concerned than others. These things affect the older generation a bit more but with the medication I’m on, my immune system might be similar to that. We’ve been given packs to use with wipes, hand sanitiser, we’re drinking bottled water. I just have to do the right things and keep my fingers crossed.”

England have coped with Leach’s absence this winter thanks in part to the international emergence of his Somerset team-mate Dom Bess, who impressed in South Africa after being called into the squad as a late replacement.

But Leach will have an important role in Sri Lanka, as the only member of the spin trio that took a combined 48 wickets on England’s last tour in 2018-19 still in the squad, with Moeen Ali and Adil Rashid both missing.

His involvement in the series briefly looked doubtful on account of a calf injury, but he had been bowling at Taunton and Loughborough before departure and is confident that he will be fit to play.

“I had a little setback with my calf a couple of weeks ago but I’m recovering well. I’m still maybe a little bit off but we’ve got a bit of time, so it’s about progressively getting back.

“I’ll be bowling in training and see how we go. The main part of the tour is two Test matches and I’ll be doing everything I can to be back for them.

“I look back with fond memories on the last tour. It was nice to be part of that with Mo and Adil – I learned a lot from them. It’s a different spin group this time but it’s going to be more of the same in terms of what we do. I’ve definitely got some ideas that helped me last time that I’ll be passing on to the boys. It’s going to be good fun.”