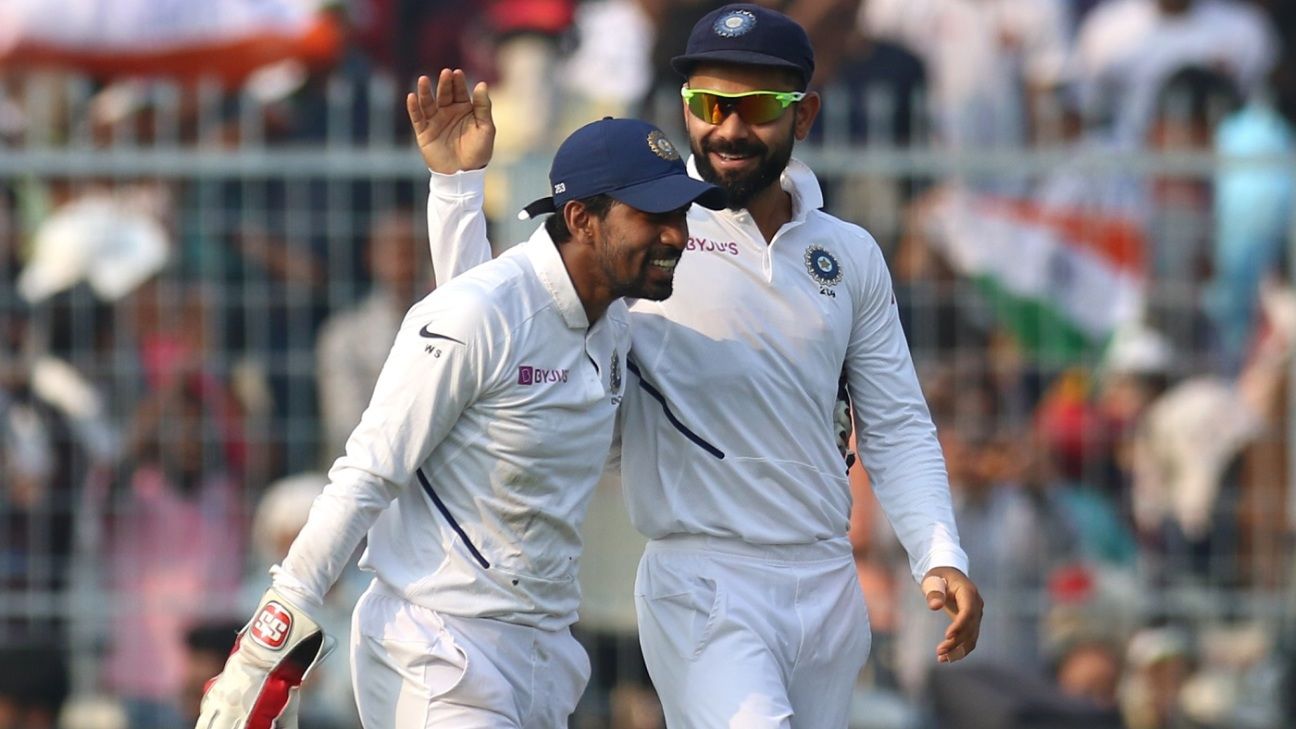 Sandeep Patil, the former India batsman and selector, has expressed surprise at India preferring Rishabh Pant over Wriddhiman Saha in the Tests in New Zealand, which the visitors lost 2-0 in February.

Despite Saha playing all five Tests during the home season against South Africa and Bangladesh, he was replaced by Pant for the New Zealand Tests, where the left-hander averaged 15 across four innings.

“You are promoting Rishabh Pant, but playing with the career of Wriddhiman Saha,” Patil was quoted as saying by Mid-day. “Saha will always be my first choice as wicketkeeper simply because you need experience and he is more experienced.

“Saha has also always rescued the team; so why are you taking away his batting confidence? I know what Saha is capable of; I was in the West Indies when he scored that hundred,” he added, referring to Saha’s 104 in Gros Islet.

A few months later, Saha got his career-best 117 against Australia in Ranchi.

Injuries since 2018, though, led to Saha losing his place as Test wicketkeeper. He first suffered a hamstring strain on the tour of South Africa in January 2018 before injuring his shoulder and thumb in the subsequent months.

In Saha’s absence, Pant became the first Indian wicketkeeper to hit Test centuries in England and Australia in the 2018-19 season. However, his form gradually went south and Saha was brought back after the tour of the West Indies in 2019.

It was as recently as October 2019 – before India played their first Test of the home season against South Africa – that captain Virat Kohli had called Saha the “best in the world“.

“He’s played well for us whenever he’s got a chance, with the bat also, and it was unfortunate that he was out for such a long period because of an injury, and according to me he’s the best keeper in the world, so in these [subcontinental] conditions, with what he’s done in the past, he starts for us,” Kohli had said.

But the general consensus within the management has been that Pant is a better batsman than Saha, and in overseas conditions where spinners don’t have as much of a role to play as at home and therefore the ask of the wicketkeeper isn’t as much, the younger keeper is more useful.