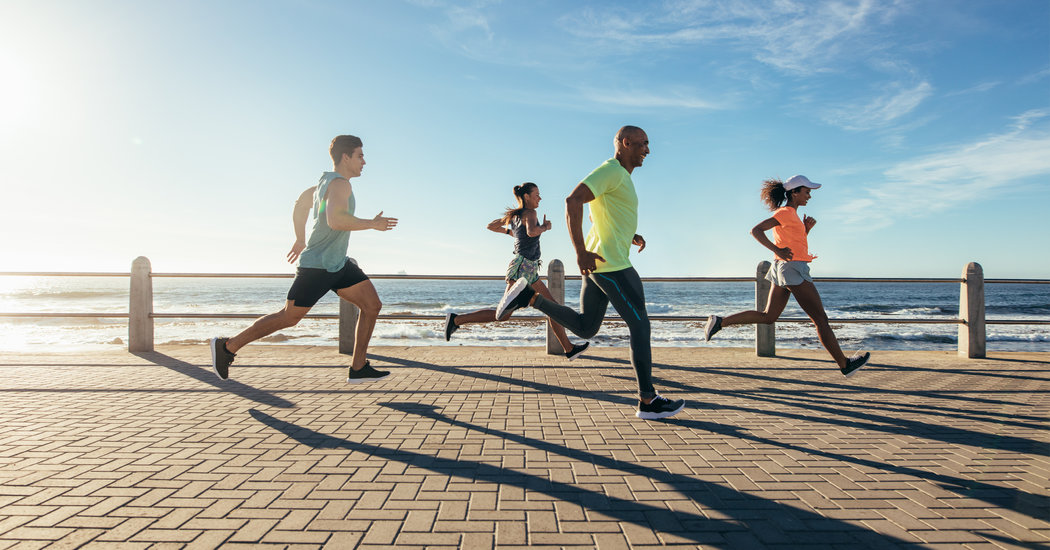 Afterward, the scientists noted that the levels of glowing cells in their bloodstreams spiked and then plummeted, as expected. But they also found that few of those cells had died; instead they had traveled to the animals’ lungs, guts and other parts of their bodies potentially most vulnerable to germ invasions during exercise. After a few hours of sentinel duty, most of the cells returned to the bloodstream, stabilizing immune cells levels there and suggesting that their immune vigilance had refocused but not declined.

Similarly, in a study published last year, fit, exercise-trained mice that were injected with germs immediately after a strenuous run fought off the infection better than sedentary animals, in large part, additional molecular analysis showed, because their immune cells homed in on and clustered around the pathogens, while those same cells were more diffusely scattered in the tissues of the inactive animals.

Taken as a whole, this research about exercise and our immune systems tells us that “there is no or limited reliable evidence for exercise directly increasing the chance of developing any kind of viral infection,” says James Turner, co-author of the 2018 review about exercise and immunity and also a professor of health science at the University of Bath.

“So, it is safe to exercise, despite concerns about coronavirus,” he concludes. Exercise, in fact, will probably lessen the risk of an infection, he says.

There are caveats, though. If you have not been exercising, now might not be the ideal moment to start an extremely ambitious and tiring new workout routine. In the 2005 studies with mice and influenza, a separate group of animals that ran strenuously for weeks developed somewhat more severe and longer-lasting symptoms than the mice that ran moderately before their infections, although the differences were slight.

“It is fair to say that a large increase in exercise intensity and/or duration, especially in people new to exercise, might have transient negative effects on the immune system,” says Jeffrey Woods, a professor of kinesiology and community health at the University of Illinois in Urbana-Champaign, who studies exercise and immunity and led the mouse study.

And do not ignore basic hygiene and common sense. Wash your hands often before and after exercise; shorten or skip workouts if you feel unwell; avoid training partners who are sniffling or coughing; and rub a sanitizing wipe over gym equipment before use. A study last year identified lingering, infectious germs on about a third of the surfaces at 16 different fitness facilities.