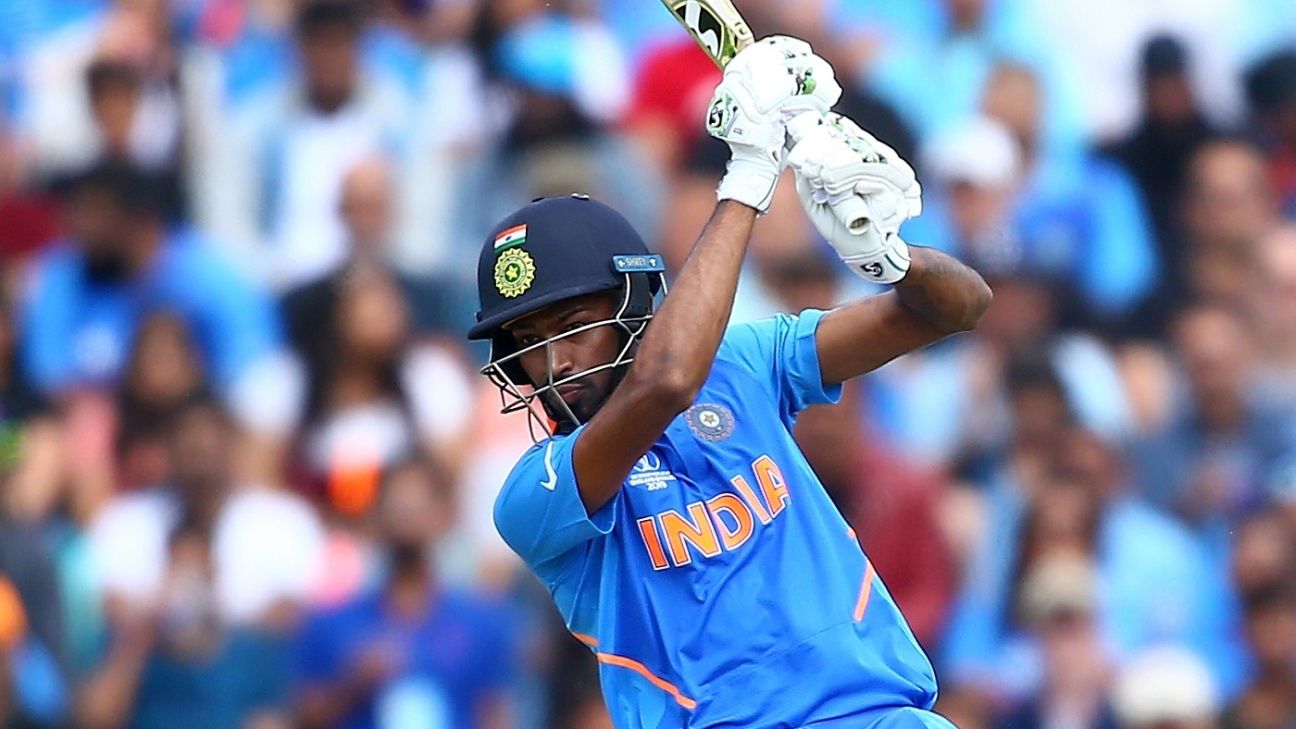 With an electric 37-ball century followed by 5 for 26 in his fours overs in an invitational Twenty20 tournament on Tuesday in Mumbai, Hardik Pandya has announced to the selectors that he is fit to return to the international game. Hardik’s match-winning performance came during the DY Patil T20 tournament, where he was representing Reliance 1 against the CAG (Comptroller and Auditor General) team.

Over the years this T20 tournament has been utilised by several Indian players, including international and domestic, as preparation for the IPL. This time the tournament has offered an added incentive for the trio of Hardik along with his India teammates Shikhar Dhawan and Bhuvneshwar Kumar, to prove their match fitness to the national selectors, who will soon pick the ODI squad for the three-match home series against South Africa, to be played between March 12 and 18.

Hardik has not played since last September after undergoing back surgery while Dhawan had suffered a shoulder injury during the ODI series against Australia in January. Bhuvnewshar was sidelined by sports hernia last year.

In January Hardik’s expected international return – which the player himself had said would happen during the recently concluded New Zealand tour – was put on hold by the BCCI, who wanted the allrounder to spend more time in rehab. That extended break has now come in handy for Hardik, who played his first competitive match on February 28 in the tournament. He started with a strokeful 25-ball 38 and took three wickets to ensure Reliance 1 emerged victorious against Bank of Baroda.

On Tuesday, Hardik turned it up a notch against CAG. He changed his bat two balls into his innings after arriving at the fall of Saurabh Tiwary’s wicket, three deliveries before the Powerplay ended. Hardik’s first scoring shot was a powerful straight drive for a one-bounce four. On the next delivery, he went for another wild swing of the bat, without moving his feet against a fuller length delivery and was lucky to get away as the ball raced inches past the stumps for four byes. Th next ball was outside off stump, and Hardik lofted it with a flat bat over long-off for a six. Two balls later there was another one -bounce four, this time a pull over midwicket which meant Hardik was already on 14 in 7 deliveries.

That aggressive intent was what Hardik displayed every ball he faced regardless of the outcome. He jumped from 38 to 64 in matter of five deliveries as he hacked 26 runs against offspinner V Jivarajani. Another 24 runs came against seamer Ankit Kaushik as Hardik galloped into the 90s. A powerful pull that sailed over deep square leg got him to a century off just 37 balls. Later, with a mixture of high pace and variations he dominated the CAG batsmen to secure an easy win.

In contrast Dhawan was out for a duck while Bhuvneshwar continued to remain wicketless after two matches, although he bowled with good rhythm. Both players are likely to not be too perturbed by their returns, using the DY Patil T20 tournament more to sharpen their match fitness than anything else.