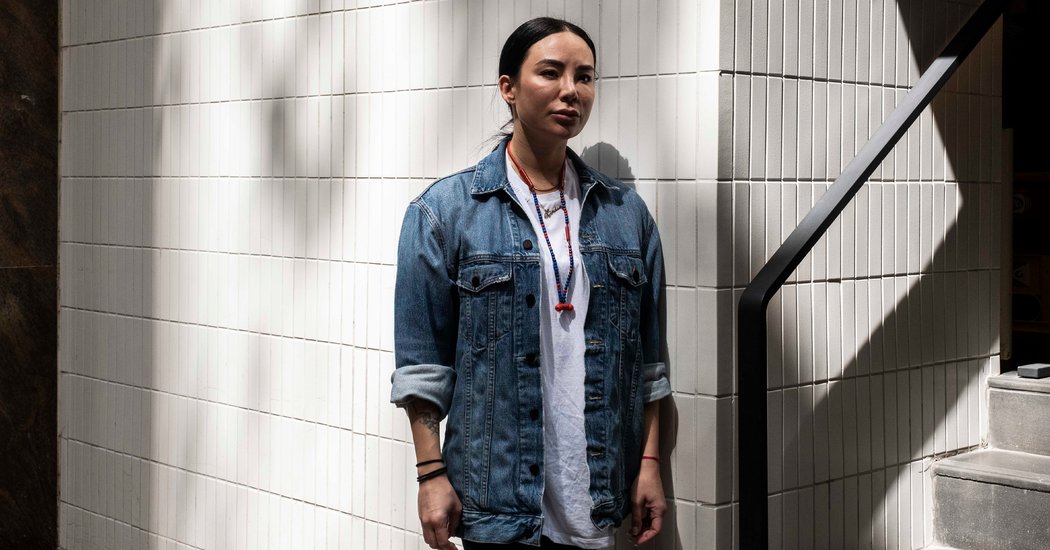 HONG KONG — The streets of this city, usually teeming with people, are practically empty, and no one knows when Hong Kong might recover from the coronavirus outbreak that has crippled the economy and devastated tourism. But Lindsay Jang, a Canadian restaurateur, said she is prepared to ride it out.

Nine years ago, Ms. Jang and her partner, the chef Matt Abergel, opened Yardbird HK, a popular restaurant that has come to typify the city’s most recent iteration of East meets West chic. She has lived in Hong Kong now for 11 years and is raising two young children. And like many of the city’s residents, including its more than 600,000 expatriates, Ms. Jang has chosen to hunker down, hoping the outbreak will soon be brought under control.

And even if it’s not, she said she’s not all that worried.

It’s an attitude shared by many expatriates who have the means — and the passports — to leave but no intention of doing so. Call it blind faith, or call it experience. The city has been through SARS, swine flu and even the plague of 1894, which killed more than 5,000 people in less than a year.

Others, of course, have taken a wildly different approach to dealing with the outbreak: wearing face masks and disposable gloves, or simply not leaving their homes. “We want this place to feel like it’s a refuge, where people can come and leave behind what’s out there,” Ms. Jang said of the restaurant on a recent Saturday night.

It may sound cavalier, but Ms. Jang was the first to point out her privilege and her luck. About 100 people in Hong Kong have tested positive for the virus, and two deaths have been confirmed. Ms. Jang is in good health and travels frequently for work.

Schools in the semiautonomous Chinese territory have been closed for weeks, so she sent her two children to live with their grandparents in Canada, where she hopes to register them in public school until classes resume in Hong Kong.

“A lot of people don’t have that flexibility. They don’t have grandparents, they can’t get off work,” she said. “We have options.”

To help stave off declining sales, Yardbird HK, a Japanese-style izakaya, opened for lunch service for the first time in February, and has seen a resulting uptick in local customers. None of the staff has been laid off, but a few employees were asked to take unpaid leave.

“The most important thing right now is to rally and to try to work together to find solutions instead of panicking or cutting our resources,” Ms. Jang said.

And besides, Hong Kong may have bigger problems on its hands.

In many ways, it’s the antigovernment protests that rocked the city last year after the government proposed an extradition bill that has people like Ms. Jang on edge. The protests and the virus were a one-two punch no one could have anticipated, but the coronavirus crisis will pass, she said. The protests will likely return.

Although she does not claim to fully understand the scope of the political grievances shared by the demonstrators, she said she empathized with them and did not think “any of that sentiment is going to go away, even though it’s mostly silent right now.”

She talked about how Hong Kong residents value the autonomy China promised at the handover from Britain in 1997, and how many in the city were determined to keep it, against all odds.

“I don’t know how strong the protests will come back once the virus is done, but I can’t imagine that anything is going to shift,” she said. “People are hedging their bets on Hong Kong recovering from the virus,” she added. “I don’t think the political situation is ever going to change.”