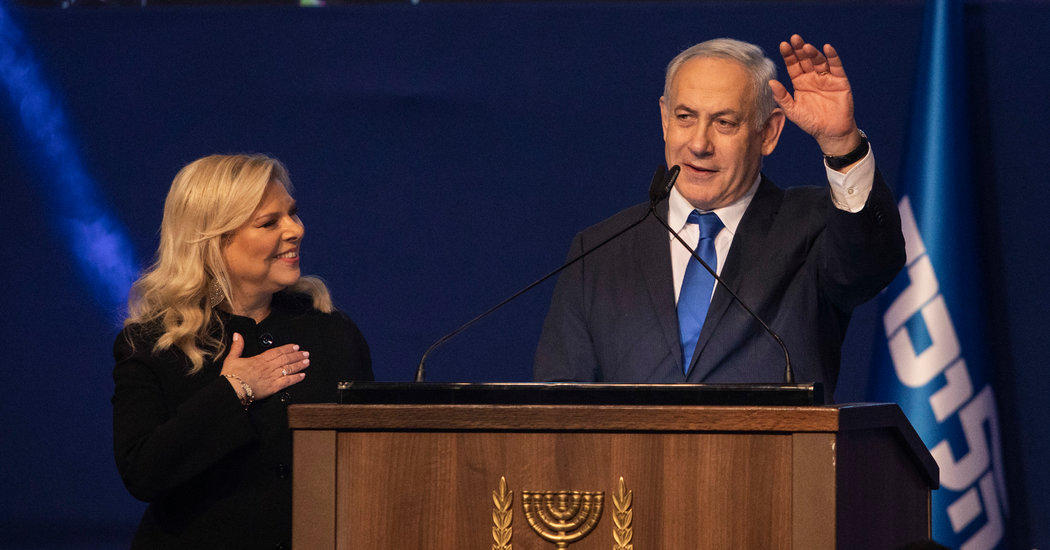 Nitzan Horowitz, leader of the left-wing Meretz party, encouraged Blue and White to “go for it,” saying, “It reflects the will of the public, and it’s the moral thing to do.”

Ahmed Tibi, of the predominantly Arab Joint List, which won a record 15 seats in Parliament on surprisingly strong turnout among Palestinian citizens of Israel, said it, too, would support such a law.

It was not clear whether Avigdor Liberman’s ultranationalist Yisrael Beiteinu party, whose support would also be needed, would join in such an effort. His party emerged with seven seats, according to the unfinished tally.

Still, the idea of such a law drew howls from Mr. Netanyahu’s supporters on the right, who said it would be retroactive and ad hominem, and would not survive a court challenge.

Ayelet Shaked, a former justice minister from the right-wing Yamina party, accused the left, “which exalts democracy,” of trying to use legislation to “cancel election results,” and “with the aid of terror supporters” at that.

The term “terror supporters” referred to the Joint List, some members of which are accused by critics of having expressed sympathy for terrorists. Mr. Tibi is widely reviled among many Israeli Jews, among other things for having been an adviser to the longtime Palestinian leader Yasir Arafat. And right-wing lawmakers tried to get another Joint List member, Heba Yazbak, disqualified from Parliament over past statements including an expression of support for a Lebanese man convicted of killing an Israeli family.

“Why go in circles? Just pass legislation that Gantz be prime minister,” Ms. Shaked taunted the center-left parties on Twitter. “Not for 4 years. For 40 years. After all, you have a majority.”