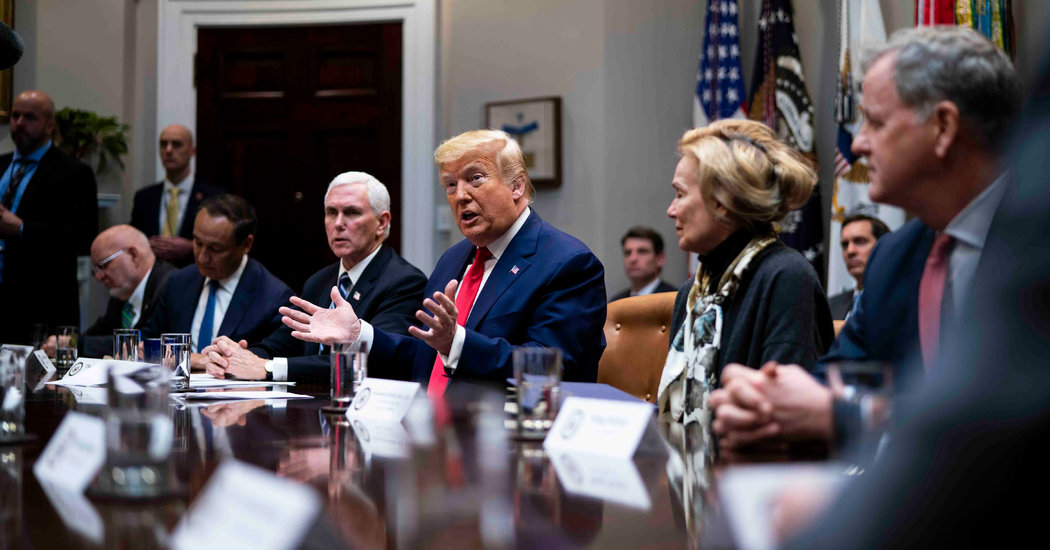 The Project Bioshield Act of 2004 enabled the Food and Drug Administration to require labs to get agency permission to perform certain tests during a public health emergency. In 2009, the Obama administration used that authority for the first time for the H1N1 virus, according to Dr. Joshua Sharfstein, who was then the agency’s principal deputy commissioner.

Instead, the agency issued a series of “guidances” regarding such tests.

The Food and Drug Administration took the position that during a public health emergency, nongovernment labs should come to the it before doing tests. But at any time, the agency was prepared to suspend that practice, as it did on Saturday.

Mr. Obama did not immediately respond to the president’s remarks on Wednesday, but he separately posted a message on Twitter urging Americans to follow advice from the C.D.C.

“Protect yourself and your community from coronavirus with common sense precautions: wash your hands, stay home when sick and listen to the @CDCgov and local health authorities,” he wrote. “Save the masks for health care workers. Let’s stay calm, listen to the experts, and follow the science.”

Mr. Trump, joining the meeting with airline executives, which had been set to be led by Mr. Pence, sought to reassure Americans that the outbreak was under control and portrayed the cancellation of hundreds of thousands of international flights to affected countries like China as a boon for domestic travel.

“A lot of people are doing a lot of domestic business now, I can tell you,” the president said. “They’re staying in this country. They feel safe because we have a — if you look at a percentage, we have a very, very small percentage” of infections.