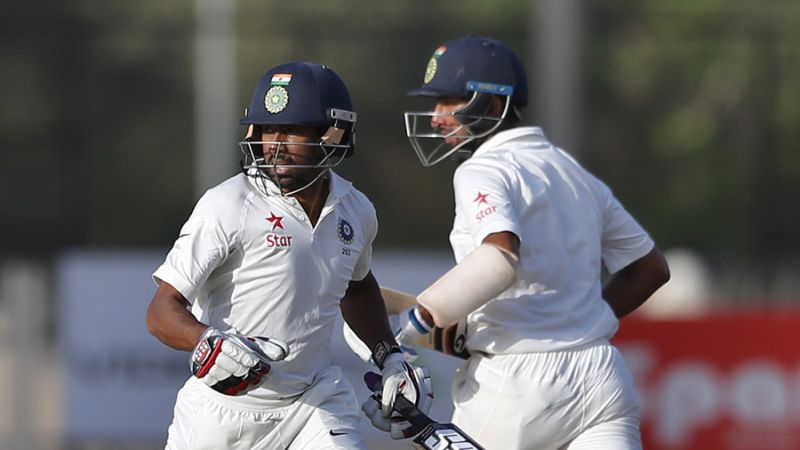 Cheteshwar Pujara will be back for Saurashtra for the Ranji Trophy 2019-20 final against Bengal, to be held in Rajkot next week, but it’s not clear if Ravindra Jadeja will be available for the hosts as they take part in their fourth final in last eight seasons.

“Cheteshwar will be back for sure, Ravindra I am not sure,” Saurashtra captain Jaydev Unadkat said after his side’s semi-final win over Gujarat. “We [Pujara and I] have been constantly in touch, he cares for the team as much as I do. Right now, he is in the flight back from New Zealand and I am sure he will be quite happy once he lands in Mumbai.

“Having Cheteshwar back will play on their [Bengal’s] mind as well. Whenever he is around, our batting unit plays differently, they have this confidence that there is someone of his calibre in our team. Plus, he does take some sort of pressure off me when there are situations like this.”

Like Pujara, Wriddhiman Saha will be in the mix for Bengal, who have now reached the Ranji final 14 times – winning the tournament twice – but never since the 2006-07 season. Both Pujara and Saha are the Test specialists and won’t be required for India duty for the ODI series against South Africa starting March 12, where Jadeja is expected to play a part.

Similarly Mohammed Shami, who took a blow to the shoulder while batting in the last Test in New Zealand, will not be in the fray for the final. “Saha will play but not Shami as the South Africa series is there,” a Bengal support staffer told ESPNcricinfo.