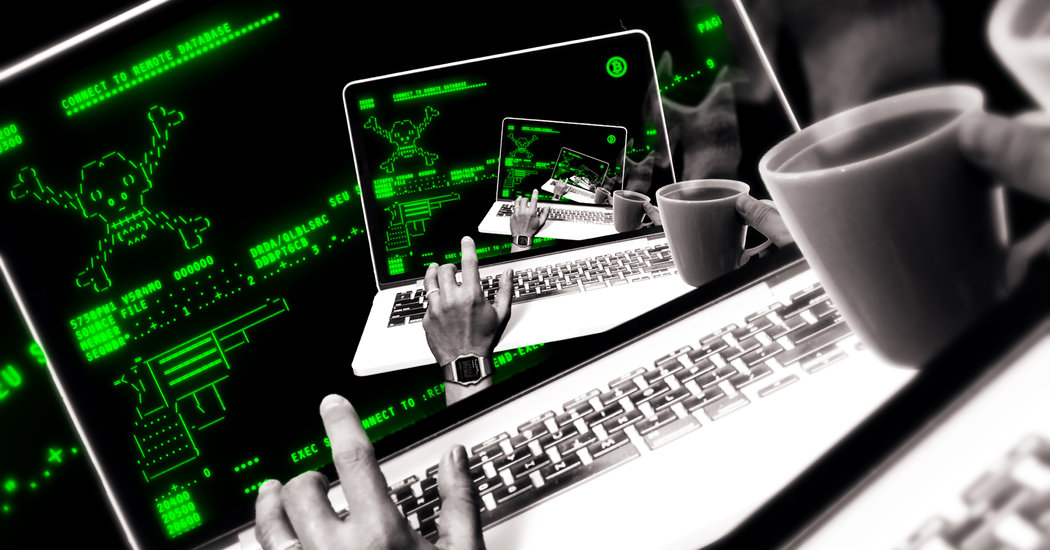 SAN FRANCISCO — On a website called Azerbaijani Eagles, you can commission a murder for $5,000. The site Slayers Hitmen provides more options, with a beating going for $2,000. Death by torture costs $45,000.

But don’t expect someone to get the job done. Experts and law enforcers who have studied these sites — almost all of them located on the so-called dark web or dark net — say they are scams. There has not been a known murder attributed to any of them.

That doesn’t mean the sites aren’t involved in a very dark trade. They have become catch points for real people who are looking to pay to have someone murdered. And a number of men and women are sitting in jail after paying one of these sites — and getting caught by the police.

In one of the most recent cases to make its way through the courts, a nurse from Illinois was sentenced to 12 years in prison after pleading guilty to sending $12,000 in Bitcoin to the site Sicilian Hitmen International Network. She had hoped to have the wife of her boyfriend killed.

Twenty-four hit-man-for-hire sites are the subject of an upcoming academic paper that was shared in advance with The New York Times by a professor at Michigan State University, Tom Holt, and his student, Ariel Roddy.

The Michigan State paper, which is being reviewed for publication, is the first academic effort to illuminate what has been a subject of endless intrigue. For years, the potential anonymity granted by the internet has fed predictions that there would be marketplaces for death and assassination.

But it was the emergence of the dark web over the last decade or so that allowed hit-man sites to proliferate. Unlike most sites on the traditional internet, dark web sites use technology that allows both sides of an online interaction to hide their identity and location, from each other and law enforcement.

“It’s a fantastic opportunity to defraud people because you give them just enough sense of danger,” said Emily Wilson, the head of research at Terbium Labs, a security firm focused on the dark net. “What are you going to do if they don’t go through with it?”

When the first hit-man sites were discovered, an oft–repeated assumption was that the dark web was crawling with legitimate assassins waiting to kill on command.

Promotional material posted to the mainstream internet played on that assumption. One site, which provides readers with a link to the dark net address of the 18th Street Gang, holds itself out as a “guide to real hit men, facts and stories.” The site claims that people who say hit-man sites are scams are just trying to discourage people from seeking them out.

“Most customers order from reliable hit men sites that have been proven as legitimate,” the site says.

On many of the sites examined by the team at Michigan State, considerable effort was expended trying to prove their legitimacy so customers would feel comfortable making a payment in Bitcoin, the digital currency. Hit men are not the sort of thing you pay for with a credit card.

The site 18th Street Mafia includes a page with links to news stories about real killings it says it helped commit. None of the articles, however, indicate that the site, or even a hit man, was responsible.

For skeptical members of the media, the site says: “We can provide video proof of our services, with time stamps. Again, such proof is not possible for fake services.”

The 18th Street Mafia did not respond to requests for comment.

The representative for another site, Darkmamba, said in an email that proving its legitimacy has been difficult because “the point of our services and many other, including underground criminal forums, is to indeed complete the job without leaving anything that could get traced back to us.”

“We use Ricin in most of our jobs and due to its nature which does not raise a lot of suspicion,” the representative said. Ricin is a poison found in castor beans.

One of the most surprising findings of the study was that the prices charged by these sites were broadly in line with what past academic research has established as the going price for real-life hit men — about $11,000 in Australia and $18,000 in England.

The most prolific research on these sites has been conducted by Chris Monteiro, a systems administrator in London who has pursued his investigations as a morbid passion project on top of his regular job.

Mr. Monteiro hacked into one of the sites created by the most notorious purveyor of assassination sites, a figure going by the name Yura.

After breaking into the Besa Mafia site and a few others, Mr. Monteiro found information about 283 people who had paid for hit-man services. He also found messages suggesting that the operators had little intention of going through with the killings.

“I need you to help me do some videos to prove the Besa Mafia legit, but WITHOUT killing anyone,” the operator wrote in one email, trying to get a contractor to produce lifelike videos. “I am not a murderer and I don’t want anyone be murdered.”

Law enforcement agencies around the world have been hesitant to collaborate with Mr. Monteiro or use his evidence because of the way he acquired it. But Mr. Monteiro has worked with media organizations, including Wired and 48 Hours, which have passed his information to law enforcement officials, eventually leading to the arrests of people who paid the sites to connect them with a hit man.

Mr. Monteiro has identified nine cases in which people he exposed were arrested in connection with commissioning hits. In one of the most gruesome cases, a man in Minnesota was arrested after he was found to have killed his wife himself when the hit man he had commissioned on the Besa Mafia website for about $6,000 dollars in Bitcoin did not come through.

The British National Crime Agency did monitor and — working with police in Bulgaria — take down one of the sites that Mr. Monteiro had targeted, called Crime Bay. Its operators were based in Bulgaria.

“Investigations are ongoing and the N.C.A. will continue to work with international law enforcement partners to identify users of sites like these,” said Lucy Sneddon, a spokeswoman for the N.C.A.

A police investigator in Russia is believed to have been killed by two teenagers who were hired by a drug trafficker on the dark net. An investigation by the B.B.C. found that the killing was commissioned on one of the broad marketplaces on the dark net where drugs and stolen credit cards are sold. It was, by most accounts, the first known assassination to be successfully commissioned on the dark web.

But there has still not been a killing commissioned on one of the dedicated hit-man-for-hire sites.

“Why would you set up a dedicated site online when you know absolutely that law enforcement are going to be flooding that site trying to find you?” Ms. Wilson said. “You are making yourself too big of a target.”

Still, the sites have continued to proliferate. A few months ago, a middle-aged executive in Singapore was sent to jail for five years after paying the Camorra Hitman site to kill the boyfriend of his young ex-lover in a staged car accident that, not surprisingly, didn’t happen.

Ms. Wilson said these sites take attention from the real crime being committed on the dark net, like the drug markets and the sites selling the sensitive personal information of millions of Americans.

“There is actual crime, but we are too busy talking about some guy who wants to kill his ex-girlfriend’s new boyfriend,” she said.