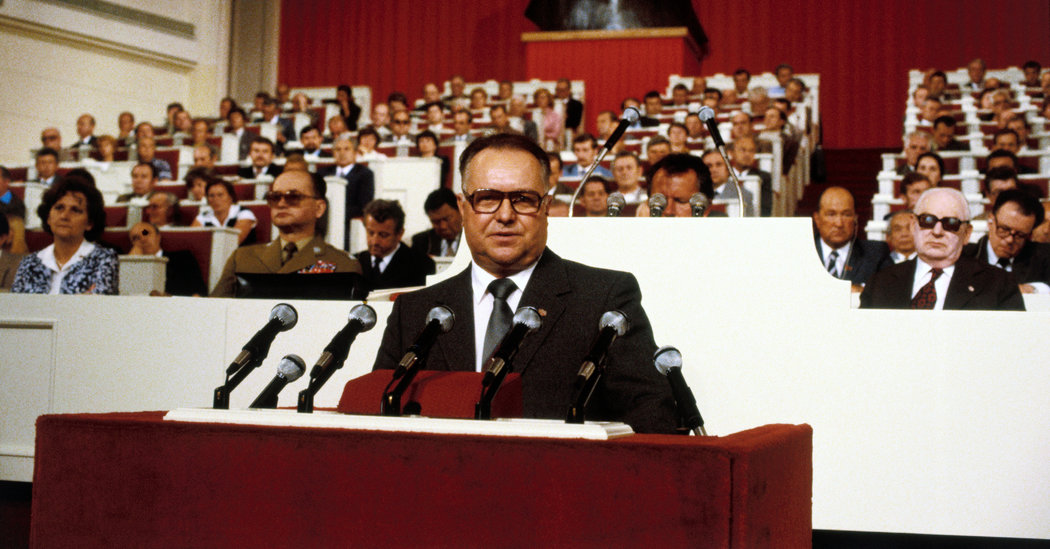 At least four times, Mr. Kania was summoned to Moscow and told to suppress Solidarity, whose 9½ million members were led by Lech Walesa. The most perilous moment came in December 1980, when, as Mr. Kania recalled 17 years later, he was ushered into Brezhnev’s office and shown a map of the route that “masses of troops” would take into Poland. He implored the Soviets to stay out.

“I said that if there was such an intervention, then there would have been a national uprising,” Mr. Kania said. “Even if angels entered Poland, they would be treated as bloodthirsty vampires, and the Socialist ideas would be swimming in blood.”

Mr. Brezhnev replied, according to Mr. Kania: “All right, we will not go in. Without you we won’t go in.”

That account was confirmed by Zbigniew Brzezinski, who was President Jimmy Carter’s national security adviser.

“President Carter sent a message that the U.S. would not interfere if the Soviets did not invade Poland, but that the U.S. would not be passive if the Soviets did,” Mr. Brzezinski, who died in 2017, said in an interview for this obituary in 2012. “That helped Kania, and Kania’s attitude helped us. The invasion was evaded, and this was Kania’s significant contribution.”

Stanislaw Kania, a son of a peasant farmer, was born on March 8, 1927 in Wrocanka, a village in southeastern Poland. He was an apprentice blacksmith when World War II broke out and joined the Polish Resistance. After the war he enrolled in what was then the Polish Workers Party.

Mr. Kania rose through the party’s ranks and became a member of the ruling Central Committee in 1968. Two years later, after bloody riots in northern Poland, he was chosen to replace the notorious security chief Mieczyslaw Moczar. The riots also led to the ouster of Wladyslaw Gomulka as party chief and the installing of Mr. Gierek as his replacement. Ten years later, it was Mr. Gierek who fell from power, giving way to Mr. Kania as first secretary.