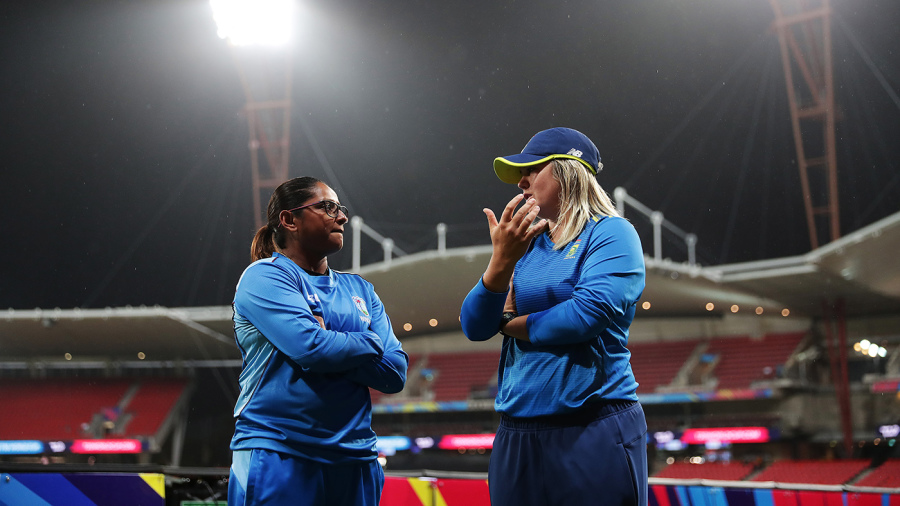 A wash out at the Sydney Showgrounds ensured South Africa would top group B and so play Australia in the second semi-final of the T20 World Cup at the SCG on Thursday evening, after England meet group A’s pace-setters India in the first semi-final.

Rain that halted Thailand’s earlier clash with Pakistan did not abate into the evening, leaving the South Africans to shake hands with their West Indian opponents.

They will now wait to see whether the wet weather forecast to set in on Sydney this week will also see them through to the final at the MCG on Sunday, with no reserve day available after Thursday and the two group winners to sail to the decider as a result.

Australia have never lost to South Africa in four previous T20I World Cup meetings, the first in 2009. India and England split their two most recent T20I encounters in the triangular series with Australia that preceded the World Cup.