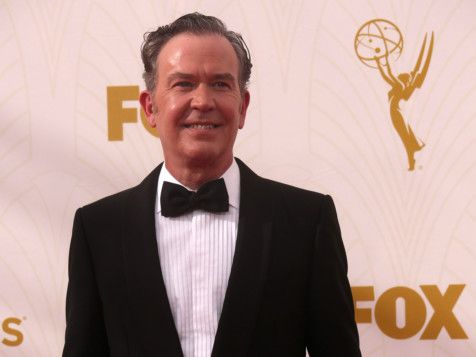 Oscar-winning actor Timothy Hutton has been accused of raping a Canadian woman in 1983, when she was a teen, according to a report out March 2. Hutton is strongly denying the accusation.

Lauren Johnston was 14 and going by the first name Sera when she and two friends met Hutton, who was then in his 20s and filming ‘Iceman’ in Vancouver, Canada, she told Buzzfeed News. The group went back to Hutton’s hotel room, she said, where he proceeded to get close to the former model, who was a working actor at the time. She claims that she found herself in his bedroom and that a friend of his allegedly entered soon after.

Johnston, now 50, told Buzzfeed that Hutton, now 59, got undressed and started to have sex with her. She said she begged him to stop because it was very painful. He left to get lubricant, she said, and the friend put his private parts in her mouth. Then Hutton came back, she told Buzzfeed, and finished raping her.

Johnston said she first told the guys she was 17, but later that night admitted her real age. At the time, the age of consent in Canada was 14.

“For the past two-and-a-half years, I have been the target of multiple extortion attempts by a woman named Sera Dale Johnston to extract millions of dollars from me,” Hutton told The Times in a statement Monday. “She threatened that if I did not meet her demands, she would go to the press with a false allegation that I sexually assaulted her 37 years ago in Canada. I never assaulted Ms. Johnston.

“Today, BuzzFeed chose to publish Ms. Johnston’s false story,” the ‘Almost Family’ actor continued. “BuzzFeed knew the truth because they were provided with documented evidence. What’s really going on here is that Ms. Johnston’s extortion attempts failed. She then decided to follow through on her threat to go to the press with her false story. When I became aware of this, I went to the FBI, signed a sworn statement, and filed a criminal complaint against Ms. Johnston for extortion. I will not stop fighting to expose this story for what it is a failed extortion attempt based on something that never happened.”

Hutton attorney Tom Clarke said that they would be sending a retraction demand to Buzzfeed and that they were willing to file a defamation lawsuit if necessary.

While Hutton went to the FBI with his extortion complaint, Johnston filed her own criminal complaint against the actor with the Vancouver Police Department late last year.

Johnston’s attorney had previously proposed a $1.5-million settlement to Hutton’s team, and the former model agreed to take $135,000, Buzzfeed said, but walked away from the deal because she said she couldn’t live with the actor’s denial that anything had happened.

Buzzfeed spoke with one of the women who was allegedly with Johnston that night in 1983; the other friend wouldn’t talk to the outlet. Buzzfeed also spoke with five people in Johnston’s life, including her mother, who said she’d told them at some point that she’d either had sex with or been raped by Hutton.

In wake of the alleged assault, Johnston told Buzzfeed, she started acting out at school, skipping class and track practice and getting high and drunk for the first time. Later she would enter a series of toxic relationships, including two marriages that ended in divorce, and became an exotic dancer. She quit acting.

Of the latter, she said, “That was my own punishment to myself for getting raped.”