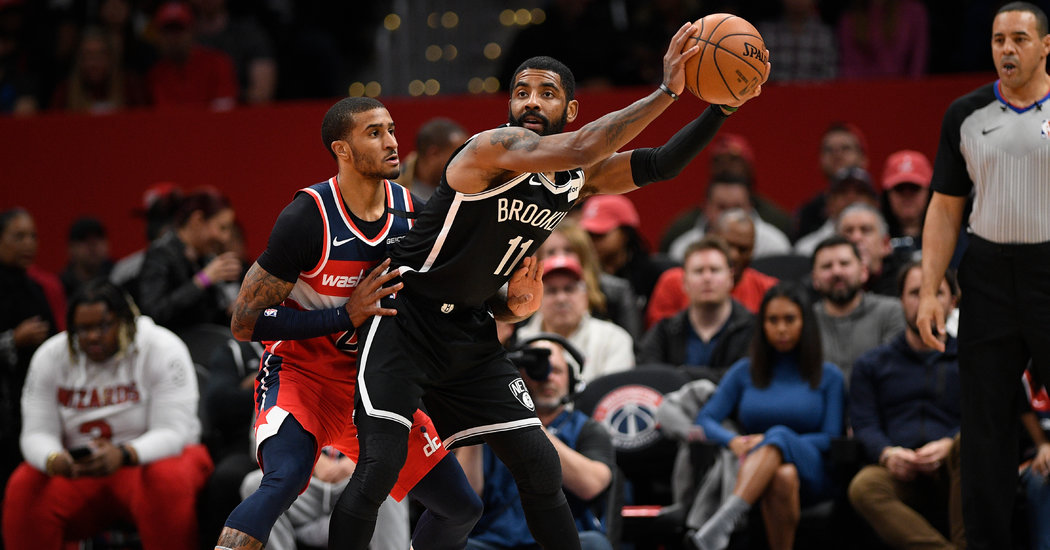 Nets point guard Kyrie Irving had arthroscopic shoulder surgery on Tuesday, and the team called it “successful.” He will miss the rest of the season.

Irving, 27, was signed as a free agent last summer as the Nets made a splashy retooling of their lineup. But after playing the first 11 games of the season, he sat out with the shoulder injury. He returned in January and put up a 54-point game against the Bulls. But he was playing in pain, the team said, and nine games into his return he ended his season.

“It gets to the point where you say enough is enough,” General Manager Sean Marks said when the surgery was announced last month. “Again, it goes to long-term health, and the best prognosis right now is to shut him down and get this taken care of once and for all.”

The Nets’ other marquee signing, Kevin Durant, has not played at all this season after tearing his Achilles’ tendon in June during the N.B.A. finals with the Warriors. Entering Tuesday night’s game at Boston, a third big signing, DeAndre Jordan, had played in all but eight of the Nets’ 59 games this season.

Once Irving and Durant return, possibly by the beginning of next season, the Nets will have one of the N.B.A.’s most formidable lineups.

Even with the injury issues, and despite four consecutive losses, the Nets entered Tuesday night’s game hanging on to the final playoff berth in the Eastern Conference by four games over the Wizards. Without Irving and Durant, though, their chances in the first round look remote against the Bucks, who have a commanding lead for the No. 1 seed in the East.

Irving started his career with the Cavaliers and made the critical 3-pointer in Game 7 of the 2016 N.B.A. finals that helped Cleveland win its first N.B.A. title. He moved on to the Celtics for two seasons before signing with the Nets in July.

He completes his abbreviated Nets season with per game averages of 27.4 points, 5.2 rebounds and 6.4 assists.