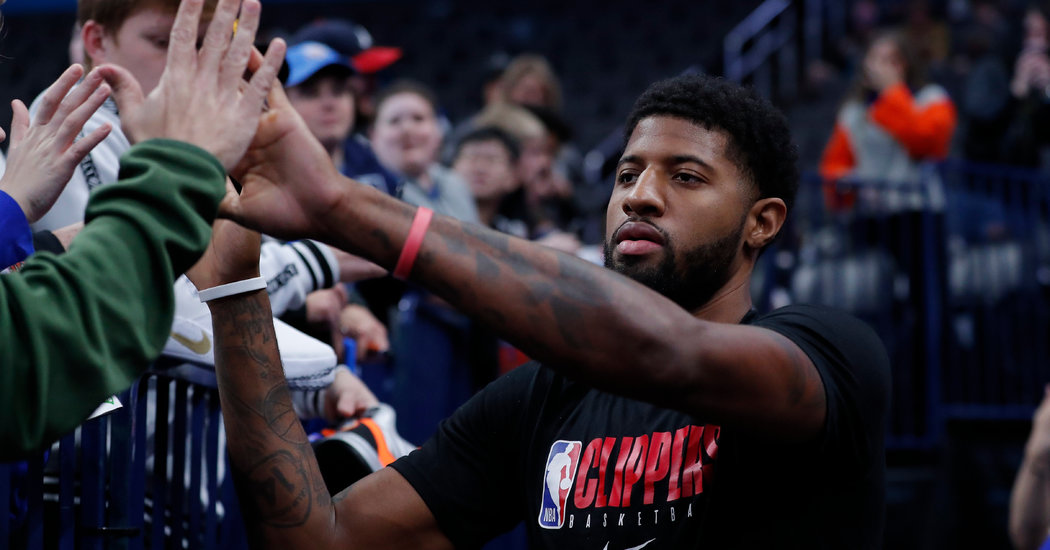 The N.B.A. sent a memo to teams on Sunday advising them on how to handle the rapid spread of the coronavirus, as the death toll in the United States has risen to six — all in Washington State. Among the league’s recommendations was that players should opt for fist bumps instead of high-fives when interacting with fans. The memo also suggested players steer clearing of borrowing items like pens and markers from fans when signing autographs.

The memo was first reported by ESPN.

Many of the recommendations in the memo are the same as ones from the government, such as: “Wash your hands often with soap and water for at least 20 seconds” and “Avoid touching your eyes, nose, and mouth.”

The memo also says that the league and the players’ union are “closely monitoring the coronavirus situation, including by consulting with the Centers for Disease Control and Prevention and working with infectious disease experts.”

The coronavirus is a respiratory illness that originated in China and has infected tens of thousands on multiple continents. It has stirred unrest in many countries, and its spread has coincided with a precipitous drop in the stock market.

Most of the league’s memo is informational in nature — listing the symptoms of the virus and noting that it is currently not treatable. Last month, Huang Ping, the Chinese consul general, thanked the N.B.A. for donating $1.4 million to Hubei Province, the center of the coronavirus, to help fight the spread of the disease.

The league has been affected in other ways by the illness. At the All-Star Game in Chicago last month, Commissioner Adam Silver noted that several journalists from China had not been able to travel to the game because of travel restrictions related to the virus.