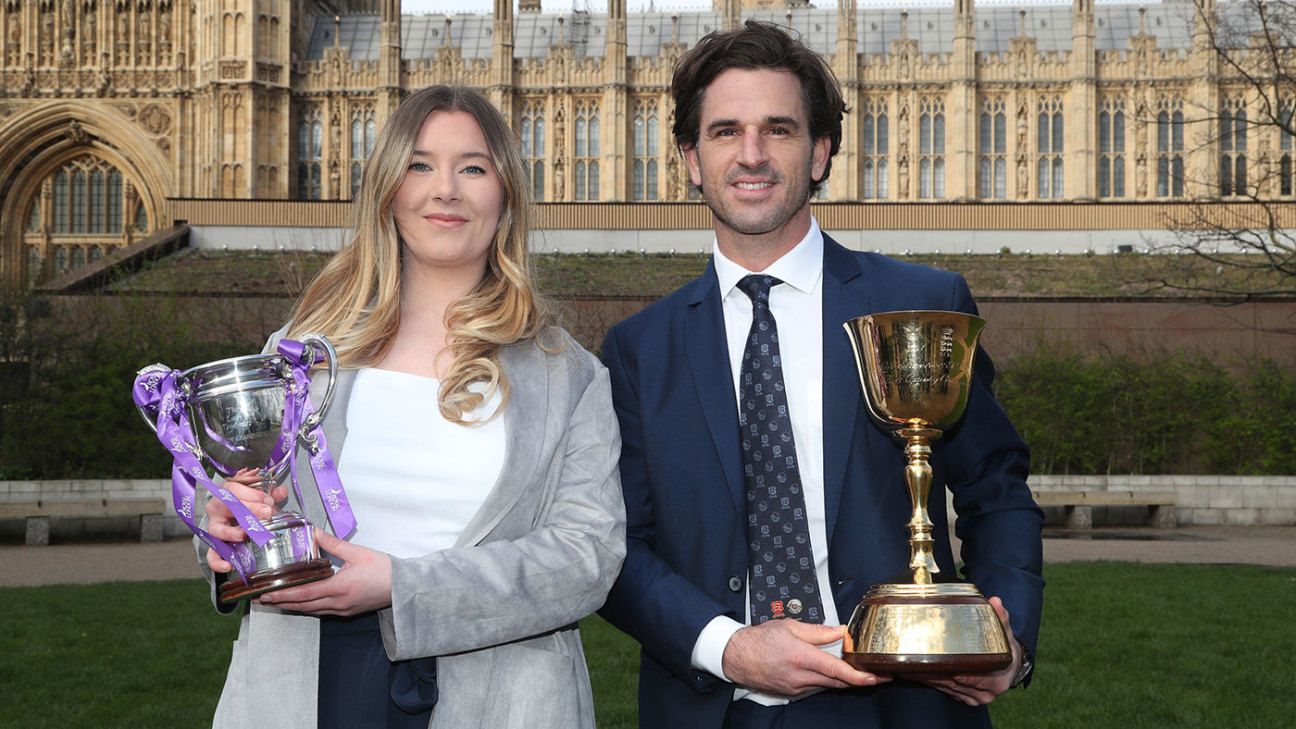 Essex and Kent joined the Lord’s Taverners at the House of Lord’s on Tuesday to be formally presented with the County Championship and the Women’s One-Day Cup respectively after their successes in the 2019 season.

Essex claimed the County Championship, their second title in three years, after a tense final-round encounter with the runners-up, Somerset, holding out for the decisive draw at Taunton, having lost only one match all year in the competition.

Until his retirement from royal duties in 2017, the County Championship trophy had traditionally been presented at Buckingham Palace by HRH the Duke of Edinburgh, the Lord’s Taverners Patron and Twelfth Man, who decided to introduce a physical trophy in 1973 where previously there had been none.

Kent, meanwhile, lifted the Lady Taverner’s ECB One-Day trophy after six wins out of six, culminating in victory over Lancashire. It was their first 50-over title since 2016 and their eighth overall, making them the most successful county in the history of the women’s County Championship.

“It’s a privilege to be at the House of Lords with the team and the Championship trophy today,” said Tom Westley, who took over as Essex captain when Ryan ten Doeschate stood down in January.

“It’s been an amazing year for everyone connected with the club and it’s a nice way to celebrate the hard work and commitment from the players, coaching staff and everyone behind the scenes.

“I think it’s also the perfect opportunity to reflect on the amazing work Ryan ten Doeschate did during his captaincy. A lot of the rise that the club has seen in red-ball cricket has been down to him, and his record as skipper speaks for itself.

“Without him, we wouldn’t have enjoyed the success we have over the last four years and we most likely wouldn’t be at the House of Lord’s today.

“2019 was a long and tough campaign, so this is nice way to look back on our achievements and triumphs, but it’s also a reminder for everyone about what we’re fighting for again in 2020.”

Kent Cricket’s Lauren Griffiths said: “I’m proud to join my team-mates one last time to collect the Royal London Women’s County Championship Trophy. I have loved playing for Kent Women, and it is an honour to be accepting the trophy on behalf of all the players.”

Also presented on the day were the ECB Domestic Journalism Awards to recognise the coverage of the domestic game across all levels of the media.

The Christopher Martin Jenkins Young Cricket Journalist of the Year award was presented to Charlie Taylor at BBC Radio Somerset and he made it a double having been named as the Domestic Cricket Broadcaster of the Year.

The Yorkshire Post was named as Regional Newspaper of the Year while the award for Outstanding Newspaper Coverage of Domestic Cricket went to the Daily Telegraph with thecricketer.com winning the Online Award.