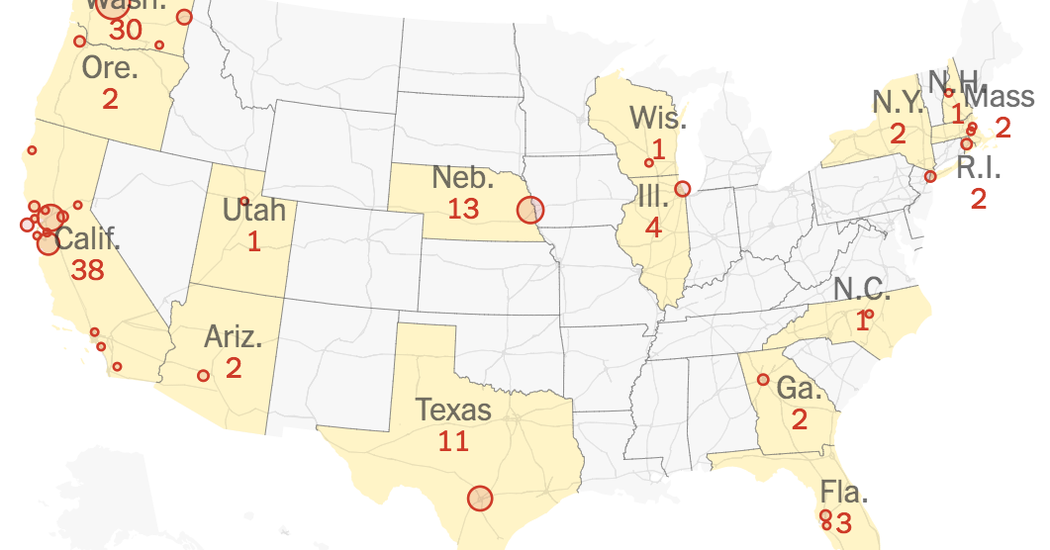 American officials are scrambling to ramp up testing for the coronavirus, after weeks of setbacks and missteps that may have allowed the virus to gain a foothold.

The Trump administration has promised a rapid expansion, saying as many as a million diagnostic tests could be available — though not necessarily administered — by the end of this week.

Many scientists wonder if the moves came too late, and a surge of positive test results has raised critical questions: Why weren’t more Americans tested sooner? How many may be carrying the virus now?

The Centers for Disease Control and Prevention botched its first attempt to mass-produce a diagnostic test kit. A replacement test took several weeks, and the C.D.C. imposed stringent, narrow criteria and still did not permit state and local laboratories to make final diagnoses. The result: A relatively tiny number of Americans have been tested, with consequences that are now becoming clear.

“There has been a silent epidemic of Covid-19 in the United States that is not going to be silent any longer,” said Michael Osterholm, an epidemiologist at the University of Minnesota.

The strains that the coronavirus is putting on the world’s health care systems are becoming increasingly evident.

In China, home to the vast majority of coronavirus cases, some hospitals are turning away patients with other urgent medical needs, including children with cancer. One health expert told The Times it was likely that preventable deaths from other causes could ultimately outnumber the lives saved by treating coronavirus patients.

Low-paid health workers in Britain, where there have been 51 cases so far, say they will show up to work even if they are ill, because they cannot afford the lost wages if they quarantine themselves. And in the United States, coronavirus cases in Oregon and New York have prompted the quarantine of dozens of doctors, nurses and other staff members.

Greater disruptions may follow: Chinese factories that supply the raw ingredients for drugs have been hobbled, prompting India to ban exports of many generic drugs, most of them antibiotics, without explicit government permission.

Iranian officials said as recently as two weeks ago that the coronavirus would not touch their country, and mocked quarantines as “archaic.”

Now, nearly three dozen Iranian officials and lawmakers are sick, and the government is considering sending troops door to door to forcibly sanitize homes. After bragging about sending protective masks to China in February, the government is threatening to execute anyone who hoards masks or other supplies.

The official death toll there rose to 77, with more than 2,300 total cases, but some experts say those numbers could be a vast understatement.

A prominent pathologist in Tehran said patients and health care workers are threatened if they tell the truth about the outbreak — a lesson in what happens when a secretive state with limited resources tries to play down a crisis.

Is the economy infected, too?

Here’s a conundrum: The spread of the coronavirus is a fundamental threat to the world economy, but measures to slow the virus will also inflict economic damage.

Peter S. Goodman, our economics correspondent based in London, calls it a “nasty feedback loop.” And there may not be much that policymakers can do about it.

The Federal Reserve cut interest rates by half a point on Tuesday, hoping to boost confidence. But it may have raised worries instead about what the Fed might see coming. The stock market, which usually likes interest-rate cuts, slumped after the announcement.

Economists say a pandemic could throw the United States into a recession, and not just a slowdown. The real sign of trouble, said Tara Sinclair, an economist at George Washington University, will be when companies that are not in directly affected sectors like travel or manufacturing start reporting a slump.

What does ‘mild’ mean, exactly?

We caught up with Donald G. McNeil Jr., our infectious-diseases reporter, to ask him what it’s actually like to contract the coronavirus, based on what we’ve learned so far from China, which has the vast majority of cases.

A runny nose shows up in only 4 percent, and that may be people who also happen to have a cold or flu, too.

The good news is that a large study from China suggests that less than 1 percent of cases are asymptomatic. Almost all people get sick.

But that means that the real fatality rate is something like the fatality rate you see outside of Hubei Province, which is between 1 and 2 percent. That’s definitely not good news.