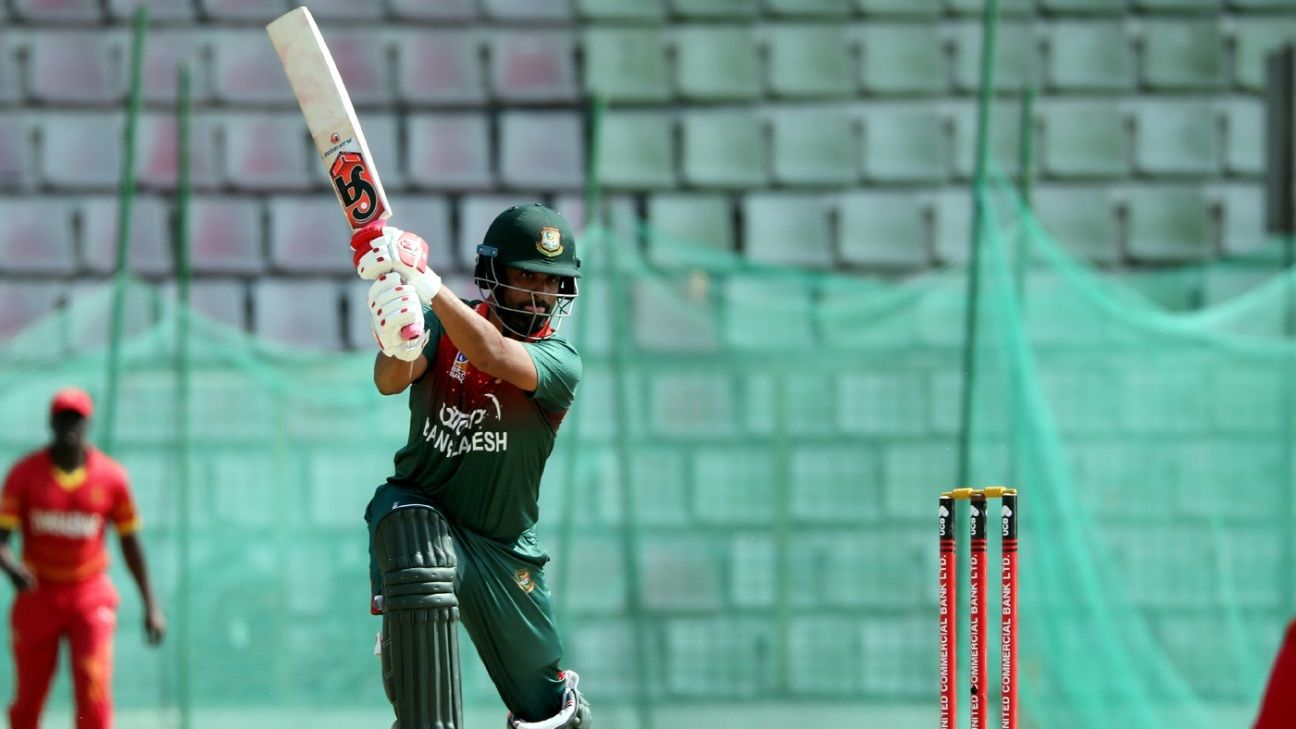 Neil McKenzie, Bangladesh’s batting coach, has said that Tamim Iqbal‘s game is in need of a slight adjustment. The left-hander has not given any hint of being out of form after returning from his short hiatus from international cricket, but his anchor role has, in some quarters, been misinterpreted.

In the first ODI against Zimbabwe, for example, Iqbal took 43 balls to make just 24 runs. While that suggests he is slowing down at the crease, in the end, Bangladesh got to a total of 321 for 6 which proved plenty more than enough. McKenzie, who has worked closely with all of Bangladesh’s frontline batsmen in the last two years, stressed that Iqbal is an important cog in laying the platform for a big total, but perhaps needed to hit a couple of more boundaries in the Powerplay to give himself a better strike-rate.

“Tamim knows what he needs to do,” McKenzie said. “It is boiled down to the specifics. We feel he needs two more boundaries in the Powerplay. Where he is going to get it, and what he is going to do, is his approach. No one is going to bat for Tamim, he will bat for himself. I don’t see it as batting too slow or quickly.

“We know how important he is for the platform. He plays good shots to quality bowling. We probably just want an extra shot or two in the Powerplay. He has that covered; we know what he can do. We saw in the BPL last year, when he got that big hundred.”

McKenzie said that Iqbal is well aware of his role in the team, and doesn’t need any guidance on how to construct an innings. “He knows his gameplans. We are not school masters here. We don’t tell anybody what to learn or what to do. We give opinions, thoughts and technical advice, and then it is upto the player to implement it into his game. We are not talking about a young guy. We are talking about a senior man. Believe me, he knows it before you guys or any of us do that he has made a mistake.

“Tamim puts a lot of pressure on himself. He values his wicket a lot. It is what has made him successful. Maybe it is about trying to loosen him up for one or two balls. If he can get one or two more boundaries, all you guys will get off his back.”

McKenzie was also pleased with how Liton Das understood that he needed to curb his shot-making in order to bat longer periods. “We didn’t tell him to play less shots. We have given him ideas of how we want the team to play. We don’t want to take away his natural instinct as a player. It is heartening for me to think that he has gone away and thought, ‘you know what, I have to match up risk versus reward. I keep getting out for twenties and thirties, I have to put that shot away.’

“You saw yesterday how many times he kept the ball on the ground, and he got a hundred. It is good for Liton.”

McKenzie dispelled the idea that Bangladesh are having it too easy against Zimbabwe, and won’t be tested against this bowling attack. He said that kind of complacency is what he wants the Bangladesh players to avoid at all costs.

“You have to be hungry. You have to look for the badge or country you are playing for. Whether it is Zimbabwe or Australia, it is international cricket. These guys are hungry to do well for Bangladesh. You can only play against the opponent in front of you. There’s no opponent you can take lightly,” he said.

“I think as soon as you are talking in that attitude, we don’t want that in Bangladesh cricket. Whether we are facing Australians, South Africans, Zimbabweans or the Afghans, you are playing for Bangladesh, representing millions and millions of people.”