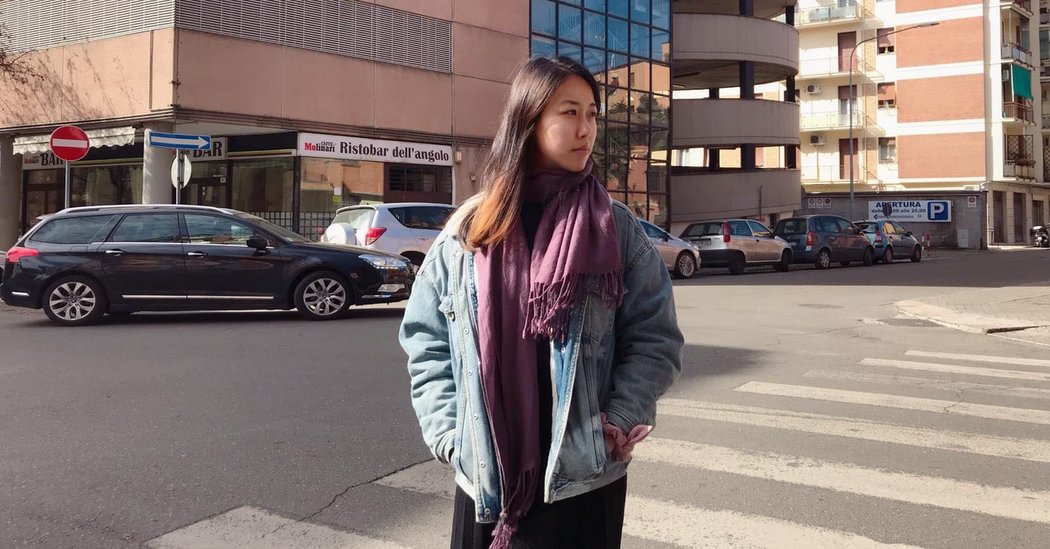 Soon after Ciara Lo arrived in Bologna, Italy, from her native Hong Kong last month, her wallet was stolen. But when she went to file a police report, she was told she would have to wait outside, she said. And when the 22-year-old student tried to open a bank account, she said she was turned away — by an employee who made a remark about the coronavirus.

Ms. Lo, in Italy to study at the University of Modena and Reggio Emilia, near Bologna, said that since her arrival, she has sensed that she is being discriminated against — even shunned — because she is Chinese.

Northern Italy has been battling the spread of the coronavirus, which originated in Hubei Province, in mainland China, for over a week. Cities have been put on lockdown, over 1,600 cases have been confirmed and 34 people have died.

After months of antigovernment protest and civil unrest in Hong Kong, Ms. Lo, an English major, said she had been eager for her semester abroad and her first trip to Italy. She flew to Bologna nine days before she was scheduled to, worried that her exchange program might be suspended because of the virus.

“I thought coming to Italy would mean that I could actually go out for a bit,” she said.

Instead, she says she got long, hard stares at the Bologna airport, and wondered if it was because of the face mask, which she had worn for the entire 16-hour flight. She took a bus to central Bologna — and soon after she got there, someone slashed her backpack open and stole her wallet, she said.

A passer-by took her to a police station to file a report. But when she presented her Hong Kong passport, she said she was told to wait outside, where she began to shiver in her thin sweatshirt.

Ms. Lo said she was eventually allowed to file a report, but has not heard back about her wallet, though she was given a phone number to call if she developed symptoms of the coronavirus. (The Bologna police did not immediately respond to requests for comment.)

Ms. Lo was also taken aback by her treatment at Intesa Sanpaolo, a bank where she tried to open an account so her parents could wire her money. At one branch, a teller told her that she could not open an account because she did not speak Italian. At another, she said she was escorted out by an employee who told her, apologetically, that she had to leave because she was from “the zone of the coronavirus.”

Not everyone Ms. Lo has met in Italy has been hostile, she said. Some have gone out of their way to help her. The man who accompanied her to the police station gave her money for food when they parted ways. At another bank, an employee called her university on her behalf to explain that she did not have any money and was having trouble opening an account. The school sent an employee to Bologna to lend her money.

In general, though, Ms. Lo has felt like an outsider.

“I am frustrated. Because I am Chinese, I am the face of the coronavirus,” she said.

In recent days, Italy has become the center of the coronavirus outbreak in Europe, with the most cases of any country outside of Asia. Ms. Lo has mostly stayed home to avoid crowds and unwelcome stares, venturing outside only for groceries.

People around Bologna have cleared supermarket shelves of bleach and staples like pasta and tomato sauce, she said. The streets have become empty, like Hong Kong. Face masks are still uncommon, but more people are covering their mouths with winter scarves.

Though she felt mistreated by the people from the bank and the police station, Ms. Lo said she does not wish them harm. She feels unwelcome, but she can empathize with why Italians are concerned and eager to keep their community safe. There is a similar feeling in Hong Kong, but the discrimination is directed toward those from mainland China, she said.

“How do we protect our welfare and rights while still being friendly to people?” she asked.

She added: “It is not easy to strike a balance, and there will never be one.”