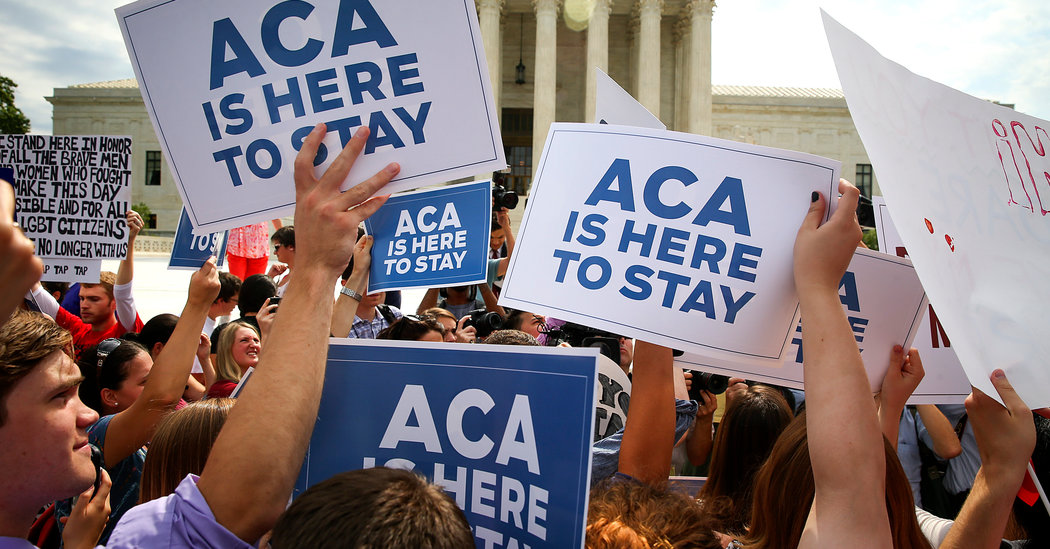 “We should all be working to improve health care instead of ripping coverage away from those most in need,” he said in a statement. “As Texas and the Trump administration fight to disrupt our health care system and the coverage that millions rely upon, we look forward to making our case in defense of the A.C.A. American lives depend upon it.”

The Trump re-election campaign released a statement focused on the Democrats’ “Bernie Sanders-inspired, socialist health care agenda,” with no mention of the lawsuit or the Affordable Care Act.

Ken Paxton, a Republican and the attorney general of Texas, the state leading the lawsuit, issued his own statement, saying that the entire law was “unsupportable” now that the appeals court had agreed that the individual mandate was unconstitutional, adding, “I look forward to finally settling the matter before the U.S. Supreme Court.”

Robert Henneke, the lawyer representing two individual plaintiffs in Texas in the case, emphasized the growing support of some Democrats for a single-payer health system, saying in an interview, “The left will be demagoguing this lawsuit, but I think it’s a bit disingenuous, given that a large number of their elected officials have moved toward Medicare for all and single-payer health care.”

There was no immediate reaction from the Justice Department.

The Supreme Court has already ruled in two major cases challenging core provisions of the health law. In both, it left most of the law in place.

In 2012, the court upheld the law’s requirement that most Americans obtain insurance or pay a penalty, saying it was authorized by Congress’s power to assess taxes. The vote was 5 to 4, with Chief Justice John G. Roberts Jr. writing the controlling opinion, which was joined in its key section by the court’s four-member liberal wing.

In 2015, the court said the federal government can provide nationwide tax subsidies to help poor and middle-class people buy health insurance, rejecting an argument that the subsidies were available only in states that had created marketplaces, known as exchanges, to allow people who lack insurance to shop for individual health plans. A contrary ruling would have created havoc in the insurance markets and undermined the law.