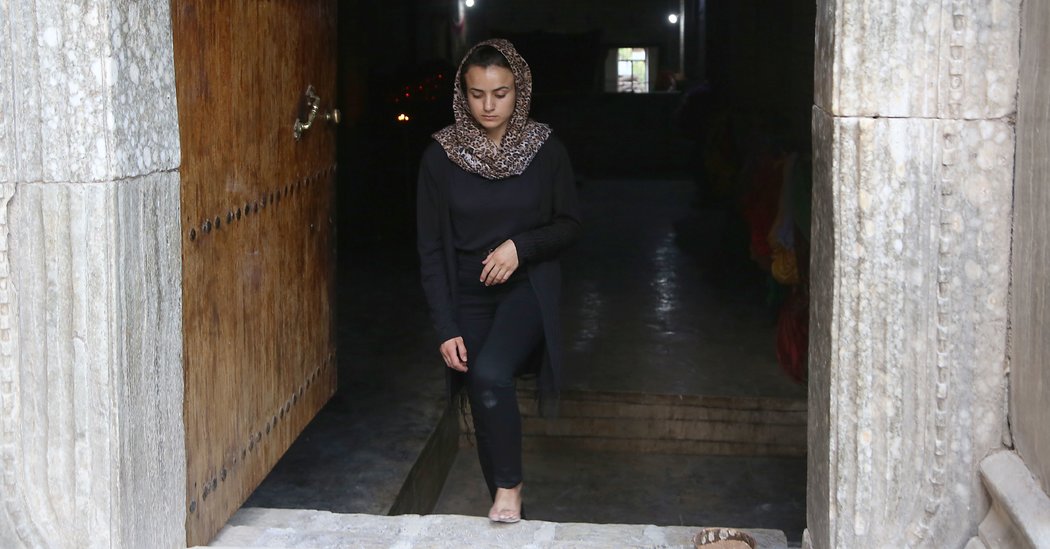 She said it was just one day after she was given to Mr. Sahab that he “forcibly raped me.” At the time, she said, she was a virgin.

He asked her to marry him, and when she refused, he went to an Islamic judge and had a ceremony anyway. Under Iraqi law, marital rape does not exist.

“He raped me every day, sometimes two or three times a day,” Ms. Haji Hamid said.

The only reason she did not become pregnant, she said, was because she got her captor to take her to the doctor on the pretext that she was ill. When she was alone with the doctor, she begged for birth control pills, and then took them secretly, she said.

During her captivity, Ms. Haji Hamid testified, she tried to cut herself with the idea of committing suicide.

Finally, she went to the doctor and asked for sleeping pills, saying she needed them to get some rest. Instead, Ms. Haji Hamid and the other Yazidi girls prepared a meal for the ISIS fighters, and put the sleeping pills into their food.

While the fighters were sleeping, the young women escaped to Sinjar mountain.

When the Islamic State took control of northern Iraq in 2014, it singled out Shiites and Yazidis for the worst treatment, killing or enslaving many and sending the Yazidis fleeing from their homes around Sinjar. Many of the atrocities came to light after the Iraqi army, backed by the American forces, retook the north.

Mr. Sahab is originally from Anbar Province, an overwhelmingly Sunni area of western Iraq. When he was 19, he killed a taxi driver and stole his car, and was sentenced to 20 years in prison. When ISIS broke into the prison, freeing the prisoners, Mr. Sahab quickly swore allegiance to the group.