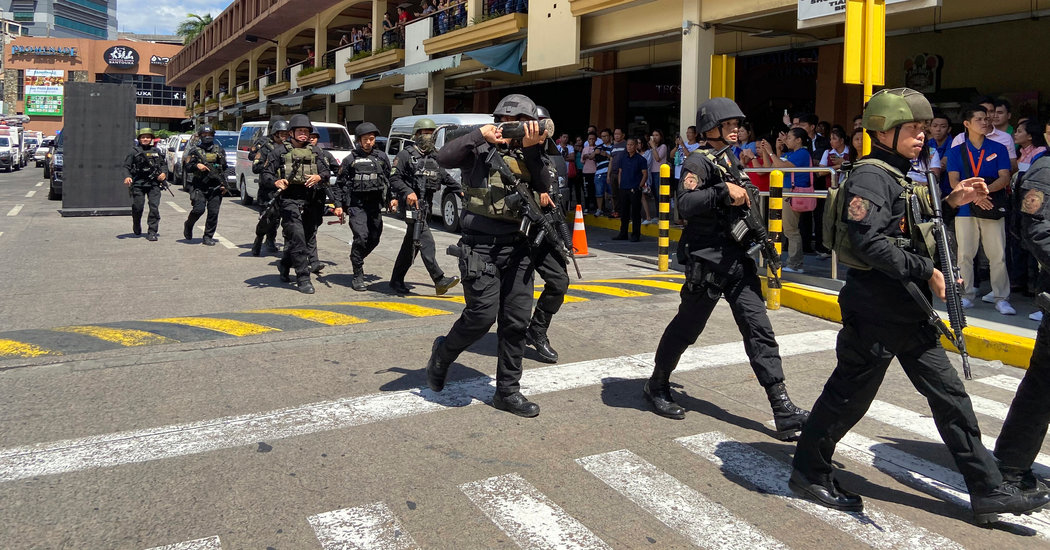 MANILA — A disgruntled security guard who lost his job at an upscale mall went on a shooting rampage in Manila on Monday, injuring at least one person and holding up to 30 other people hostage, the police and news reports said.

One person was shot and had been taken to a hospital, Francis Zamora, the mayor of the San Juan district, where the mall is, told ANC television. The mall’s electronics and clothing stores were sealed off as shoppers were safely evacuated, but the gunman was still holding hostages inside an administrative office as of Monday afternoon. The incident began at about 10 a.m.

“We are currently negotiating with this person,” the mayor said, adding that the man was upset that he had been fired from his job at the V-Mall at Greenhills.

Mr. Zamora said the man had a demand related to his work and asked to speak to his former colleagues on a conference call. The man had requested food and water and had “calmed down a bit,” he said.

Mr. Zamora said the gunman has said he has a grenade, but the police have not confirmed that.

The wounded person was seen being carried out by security guards before being wheeled away. Management at Greenhills said the injured man was a security guard at the mall.