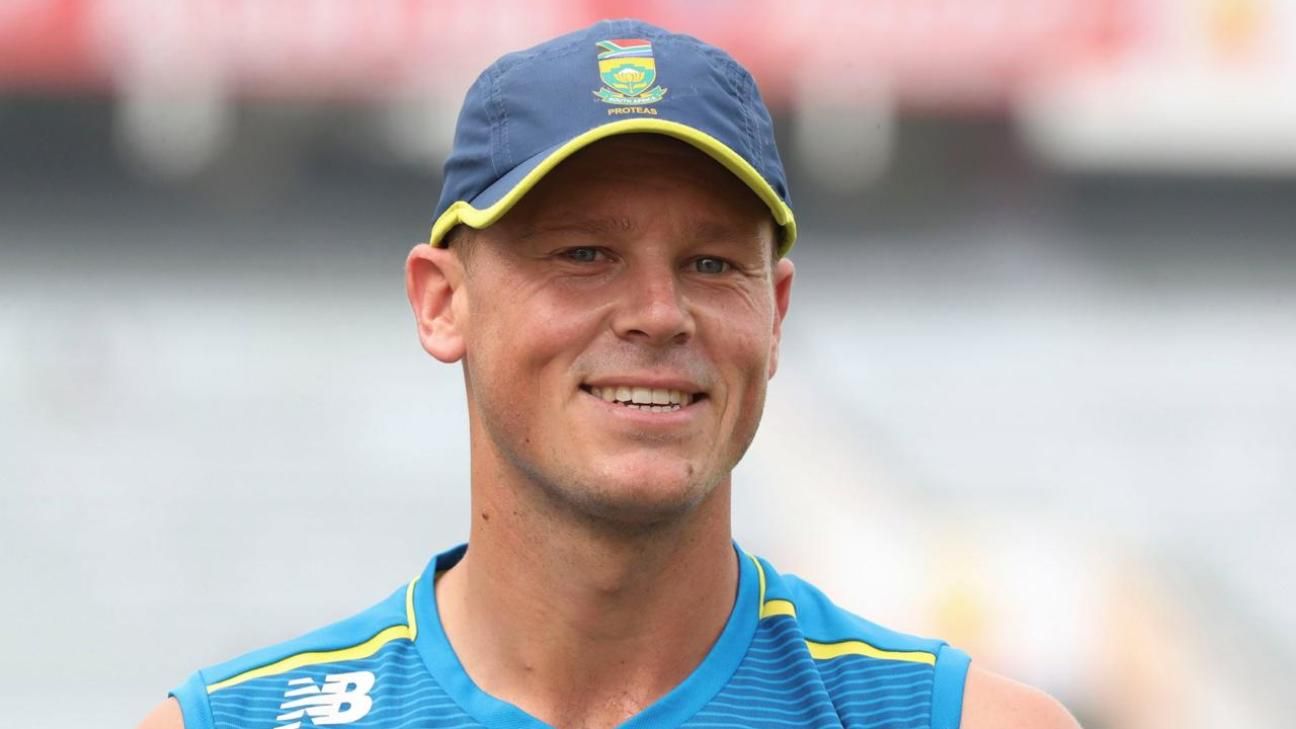 George Linde, the left-arm spinner who made his Test debut in India last October, is in line for his first ODI appearance in the same country after being named in South Africa’s 15-man squad for a three-match series from March 12. Linde replaced Tabraiz Shamsi, who will not make the trip as he awaits the birth of his first child. South Africa have two other spin options in Keshav Maharaj and allrounder Jon-Jon Smuts and have recalled rested players Faf du Plessis and Rassie van der Dussen to the playing group.

The pair are sitting out the ongoing ODI series against Australia, along with Dwaine Pretorius, who will not travel to India. Instead, Andile Phehlukwayo will operate as the first-choice pace-bowling allrounder. South Africa have four other seamers in their squad: Lungi Ngidi, Lutho Sipamla, Beuran Hendricks and Anrich Nortje, with Kagiso Rabada unavailable because of a groin strain.

That means South Africa will make the trip with an experienced attack, but they have countered that by including their most experienced batsman. Du Plessis returns to the ODI squad for the first time since the 2019 World Cup, and since the captaincy was handed over to Quinton de Kock, though he has played under de Kock in T20Is since. South Africa also appear to have settled on Temba Bavuma as de Kock’s opening partner, with Janneman Malan, who is currently in the position, left out. Malan made his debut alongside de Kock on Saturday night in Paarl but made a first-ball duck and left the field with cramp. He remains available for the next two matches against Australia.

There is still no room in the squad for Zubayr Hamza, who is the leading run-scorer in the domestic one-day cup, or Reeza Hendricks, who made his return to domestic cricket with a century for the Lions on Sunday. However, with the next World Cup three years away, there is expected to be an opportunity for them in the future.

“It is exciting to see the amount of competition for spots that we have within the team and in the franchises, it’s a good headache for us as selectors to have,” Linda Zondi, CSA’s independent selector, said. “We are satisfied with our picks for what will certainly be a challenging tour of India. We saw some promising performances last year from the T20 squad that travelled there and we wanted to give a player like George Linde another crack at the conditions which seemed to really suit him. We are also particularly pleased with the balance of youth and experience that we have achieved while our young leadership group continues to establish itself. We are looking forward to some good performances in this relatively short tour.”

The India tour is South Africa’s final series of the 2019-20 summer, which has been a tough one for the new coaching regime under Mark Boucher. South Africa have yet to win a series having lost the Test and T20I rubbers against England, and squared the ODI series and lost the T20I series to Australia. They are currently 1-0 up against Australia in the ODI series.

The team have a lengthy winter break and will return to action in May for a white-ball series against Sri Lanka before a two-Test and five-T20I tour of the Caribbean while there is also the option of a three-match T20I series in Pakistan ahead of the T20 World Cup.