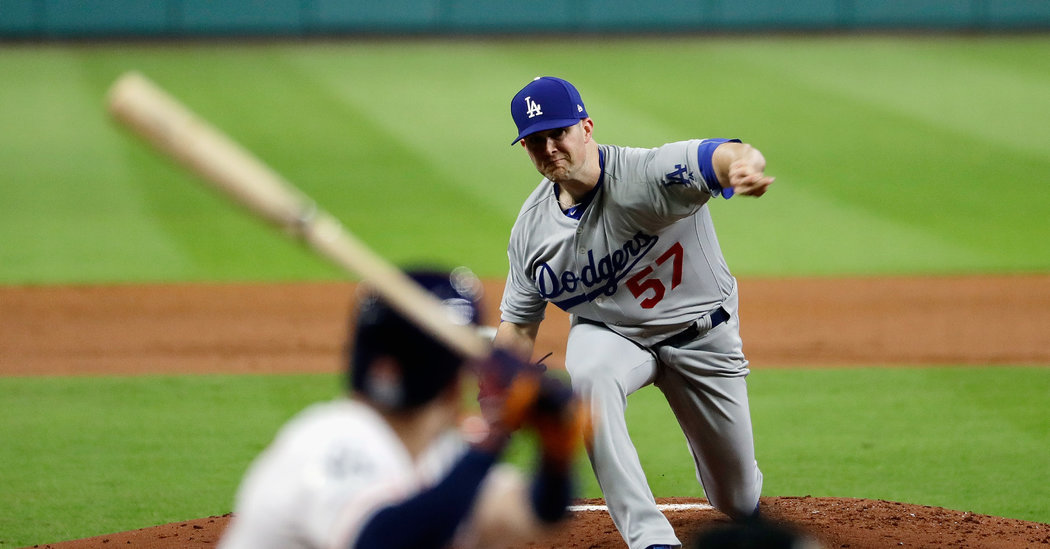 Price is signed through 2022 (with the Red Sox paying half of his $32 million annual salary), but Betts will be a free agent after this season. His pedigree and early impression have historical echoes of 1988, the Dodgers’ last championship season, when Kirk Gibson joined the team. Gibson had won a title elsewhere, but burned for another and demanded intensity. Betts does, too.

“He’s showing leadership, how much he cares about winning,” closer Kenley Jansen said. “Listen, they have a taste of it, they beat us in ’18, and they know. I hear a lot of people say that when they win one championship, they want to win more. That’s what we want to play for.”

Jansen threw the Dodgers’ last pitch in Houston in 2017, in the 10th inning of Game 5 of the World Series. Alex Bregman lined it to left field for a single, capping a 13-12 thriller and sending the series back to Los Angeles, where the Dodgers won Game 6 to force the dreary finale.

Jansen is done looking back — “I’m just over that,” he said — and most of the Dodgers are understandably weary of the topic. Pitcher Ross Stripling worked out all winter in Houston, mostly before M.L.B. released its report, and grew tired of fans who tried to play down the impact of sign-stealing.

“I was like: ‘Dude, you just don’t get it. I’m not going to get into this with you,’” Stripling said. “I had that conversation a lot. But then once the sanctions came out, I could kind of be like: ‘It speaks for itself.’”

So does the Dodgers’ roster. The 2019 team lost in a five-game division series to the Washington Nationals, but set a franchise record with 106 victories while leading the majors in earned run average (3.37) and the N.L. in runs scored (5.47 per game).

In Betts, the Dodgers now have a former American League most valuable player to go with Cody Bellinger, the reigning N.L. winner. In Price, they have a former A.L. Cy Young Award winner to pair with Clayton Kershaw, who has won three in the N.L., plus an M.V.P. award.