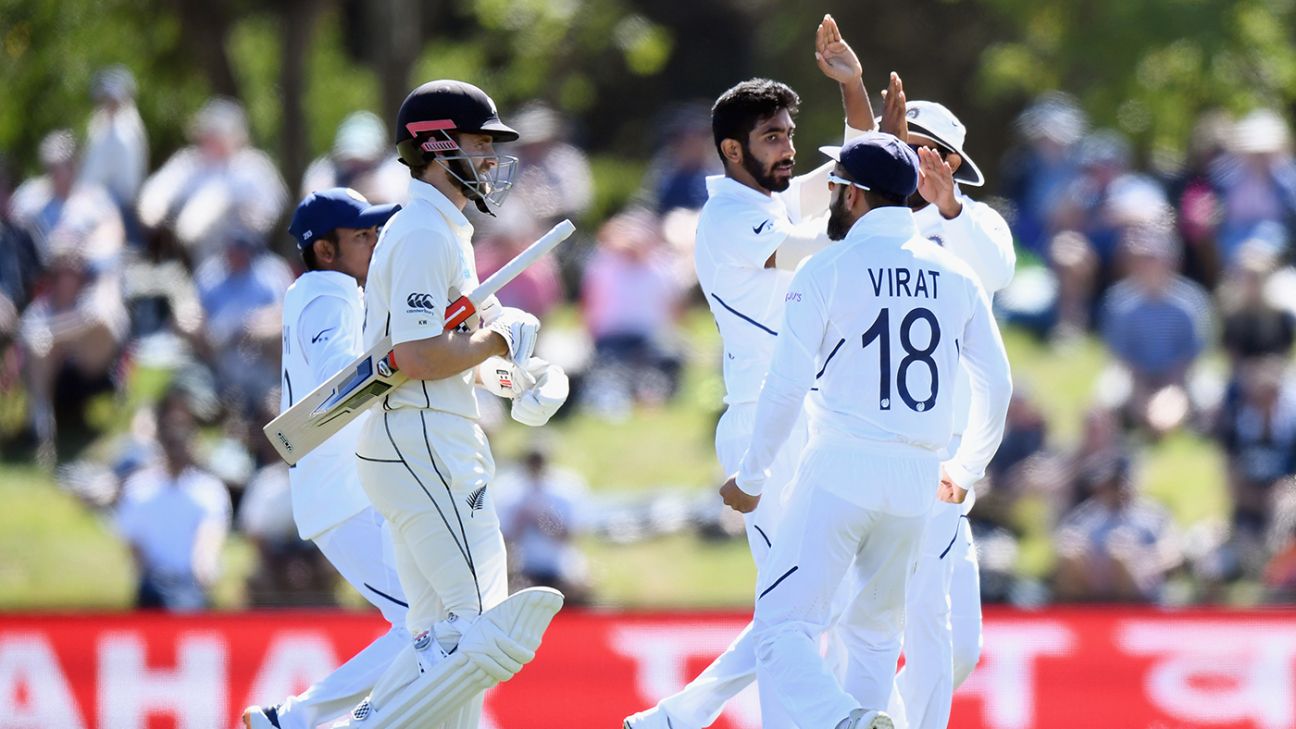 Virat Kohli and Kane Williamson have usually gotten along well on and off the field, and they’ve often spoken about the respect they have for each other. Last month, when Williamson was facing heat from the media over his captaincy during his team’s 5-0 T20I-series loss to India, Kohli publicly backed his opposite number, saying New Zealand cricket was “in the best hands with Kane”.

On Sunday, however, Williamson was treated to a fiery send-off from Kohli when he was caught behind off Jasprit Bumrah during New Zealand’s first innings in Christchurch. As Williamson walked off the field, Kohli ran towards the bowler from second slip, yelling out loudly while facing the departing batsman. But what he said wasn’t clearly audible on TV replays.

During his post-match press conference on Monday, after India had slipped to a seven-wicket defeat inside three days, a member of the local media asked Kohli about the send-off, and whether that gesture had set the right example.

Kohli responded with a question of his own. “What do you think?”

“I asked you the question,” the reporter shot back.

“I am asking you the answer,” Kohli said. “You need to find out exactly what happened and then come back with a better question. You can’t come here with half-questions and half-details of what happened. And also, if you want to create controversy, this is not the right place to do [it]. I have spoken to the match referee, I have no issues with what happened, so thank you.”

When India bowled in Christchurch, Kohli was often an animated figure in the slips, involved in frequent chats with batsmen, particularly the opener Tom Blundell, as well as tetchy exchanges with a section of the spectators on the grass banks when they jeered at him. At one point on day two, he responded to a jibe by miming that they had had too much to drink.

Kohli endured a difficult time with the bat during India’s 0-2 Test-series defeat, scoring only 38 runs in four innings at an average of 9.50. Before this series, India, under his captaincy, had won each of their first seven Tests in the 2019-21 World Test Championship cycle.