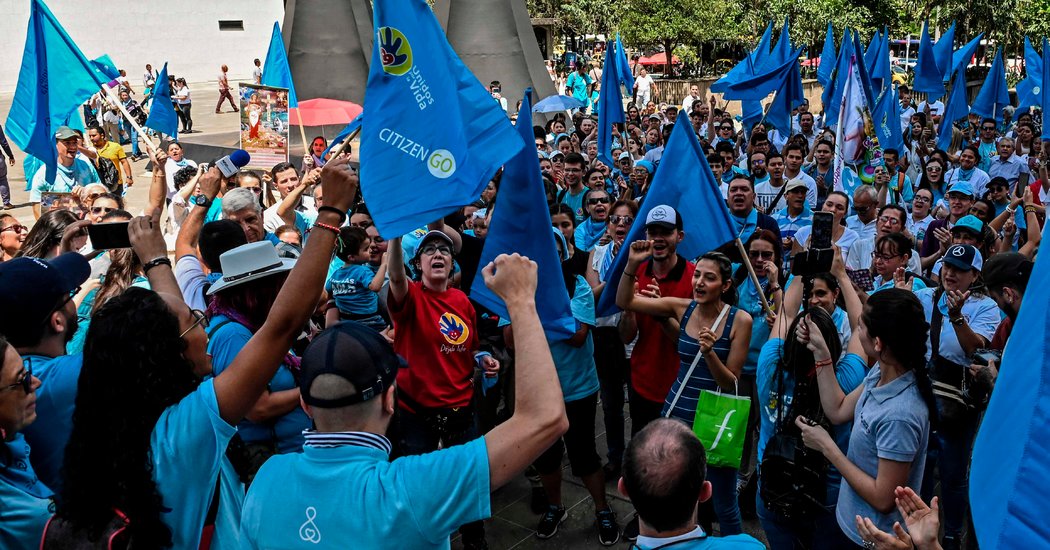 BOGOTÁ, Colombia — A top court in Colombia declined to legalize abortion on Monday, in a highly anticipated decision that abortion rights supporters had hoped would herald a shift in Latin America, encouraging other nations in the region to liberalize their laws.

In Colombia, the court’s decision to take the case — and to consider legalization — had reopened a fierce debate about abortion, and whether the government or individuals should get to decide when a woman ends her pregnancy. More broadly, international groups had been watching the case as a marker for where Latin America could go on the issue.

The announcement was a partial victory for abortion opponents, including the Catholic Church and evangelical groups, who argue that a fetus must be protected from conception. But the court did not go as far as creating a ban on the practice — which is what had been requested by a law professor who brought the case to the court.

Instead, Colombia’s Constitutional Court, among the most liberal in the region, and widely regarded as a legal trendsetter, decided to maintain a system it laid out in a 2006 decision, which allows for a woman to have an abortion in three circumstances: when her life is at stake, when a fetus has serious health problems and when her pregnancy resulted from rape.

The region’s strong Catholic traditions have led to some of the world’s most restrictive laws, but movements demanding greater reproductive rights and more protection for women have spread from country to country, building upon each other. If the court had legalized abortion, it would have made Colombia the largest and most influential country in Latin America to permit the practice.

The center of the fight over abortion in Latin America is now likely to move to Argentina, where lawmakers are considering legalization. An effort there last year to allow women to end their pregnancies upon request was defeated, but this time, the bill has the full support of the new president.

The Colombian court’s decision comes not from a case brought by an abortion rights advocate, but from a fierce opponent of the practice, Natalia Bernal. Ms. Bernal, a law professor who lives in France, had begun studying abortion in 2014, mostly by connecting with American anti-abortion groups.

Over time, she said, she became convinced that the practice was wrong in all cases. Last year, she requested that the court review its 2006 decision and eliminate the few exceptions in existing law that allow for legal abortions. But the court decided to take a more expansive look at the practice, including whether existing limitations violated women’s rights by forcing them to share control of their bodies with others, including the state.

The decision’s impact could have rippled across Latin America. Colombia, with about 50 million people, is not only among the most populous and culturally influential nations in the region, but its Constitutional Court is often considered a leader when it comes to defining individual rights. A 2016 ruling by the court legalized gay marriage in Colombia.

Its rulings, however, have sometimes clashed with the country’s more conservative attitudes. The president, Iván Duque, has said that while he approved of the 2006 decision to allow abortion in some cases, he did not favor going further.

Abortion rights advocates have long said that the current setup in Colombia makes it exceedingly difficult for many women to get abortions, because doctors often refuse to perform the procedure by asserting that a woman does not meet any of the requirements.

Unsanctioned abortions are still common in Colombia, and according to the country’s health ministry, they cause about 70 deaths a year.