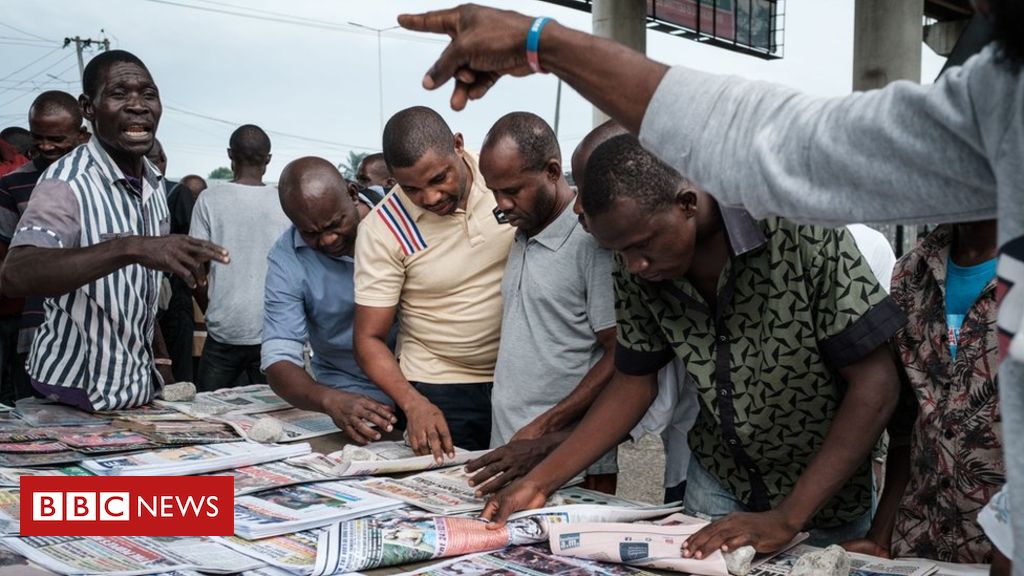 Nigerian English words have recently been added to the Oxford English Dictionary (OED), but there is still a debate in the country about what constitutes proper English, as the BBC’s Nduka Orjinmo writes from Lagos.

“Come to an all-night prayer vigil to welcome the ember months,” read a text from my mother.

It was an August ritual she had reminded me about severally.

“I have something to do next tomorrow,” I texted back from the barbing salon.

What I considered to be a conversation in perfect English between my mother and me would have been regarded as wrong by the self-appointed language police here.

But now I have something with which I can defend myself, thanks to the OED, which calls itself “the definitive record of the English language”.

The Oxford lexicographers have updated the dictionary with 29 Nigerian words, recognising the “unique and distinctive contribution to English as a global language” of Africa’s most populous country. 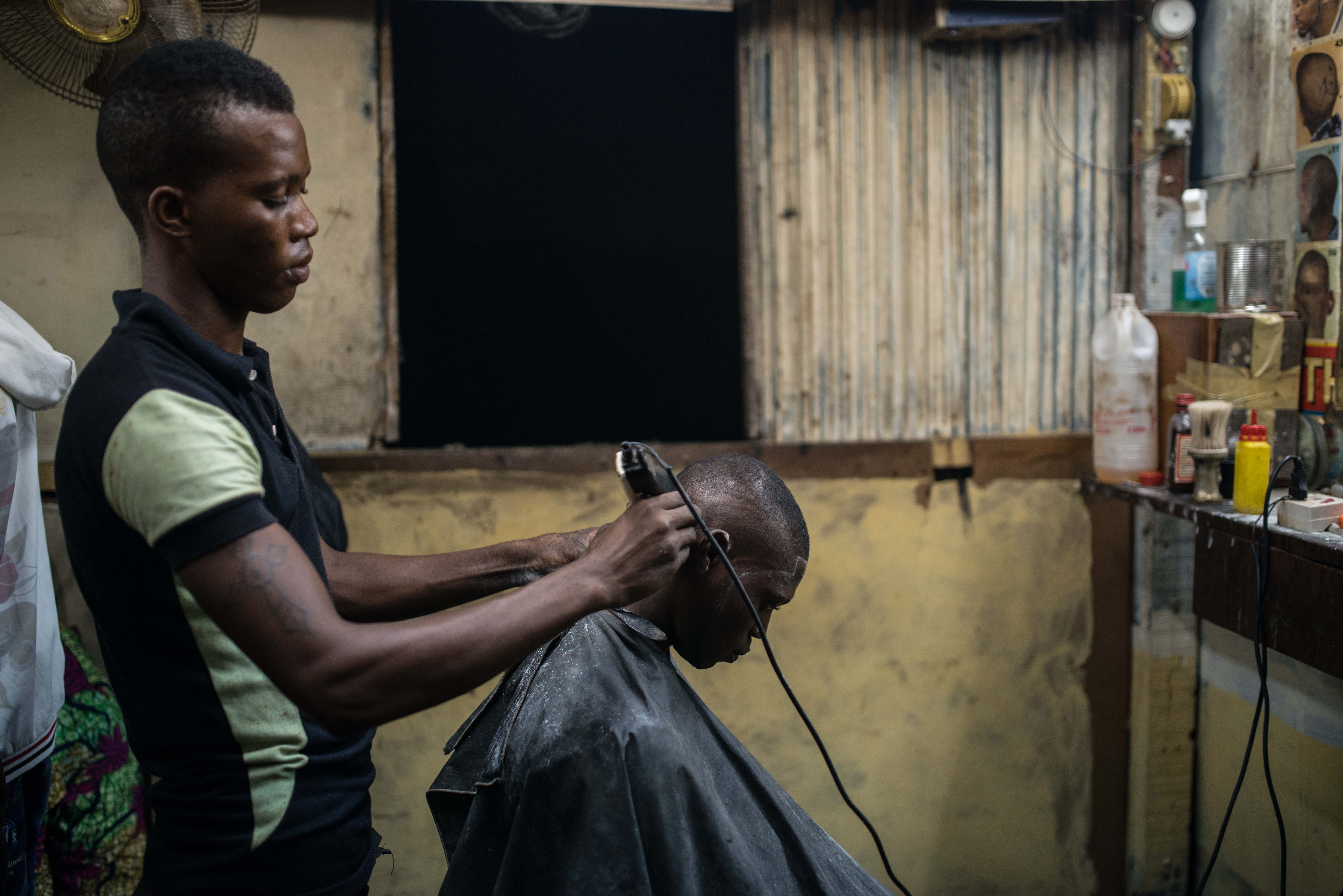 I wish I could show the list of new entries to my former boss.

Once, when I was a radio presenter, he came rushing into the studio after I had used “severally” on air, which I had always thought was “proper English”.

He saw himself a stickler for what was correct and gave me an earful about my education that left me flummoxed.

But it is unlikely that he, and others like him, will be satisfied with the OED’s intervention.

‘I don’t care what Brits think’

The OED’s move has divided opinion in the former British colony of 200 million people, who between them speak more than 250 languages.

English is the official language in this polyglot nation and the one used in schools.

There are those who think the idea that an expert sitting in Oxford can define how it is spoken is outmoded.

“I don’t care what the Brits think of Nigerian English,” one writer curtly replied when I asked his opinion. He declined to be interviewed, as did two other writers. 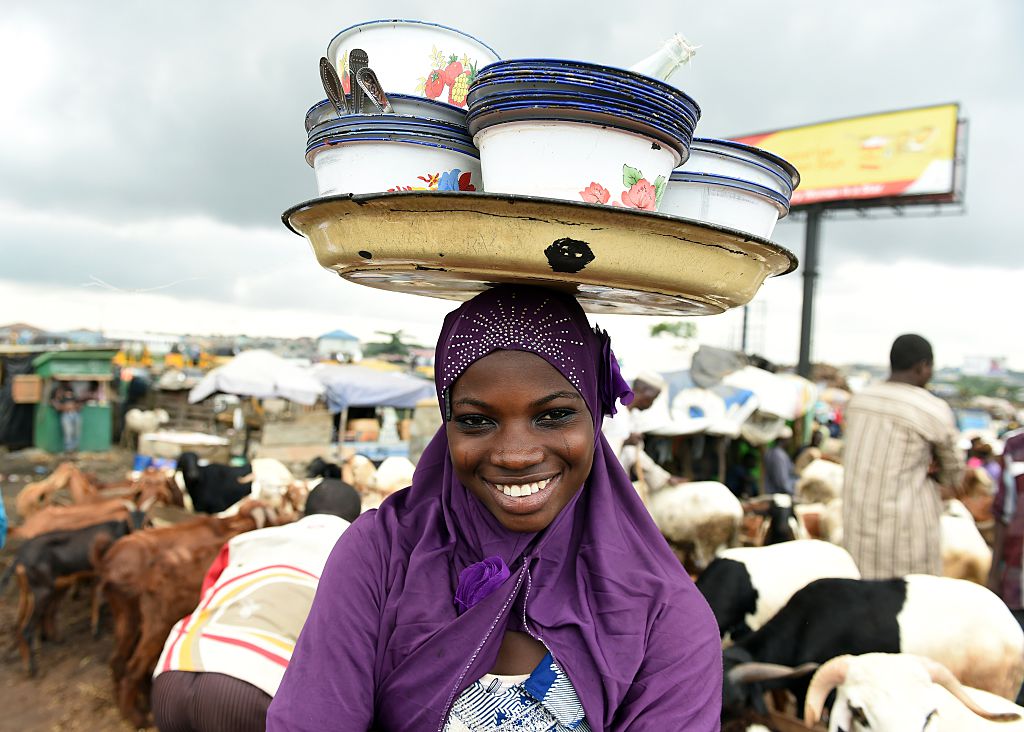 But there are the fundamentalists befuddled by what they consider “street words” having made it into the dictionary.

“What we expected was a formalisation of Pidgin,” said Uzoh Nwamara, chairman of a local authors’ organisation.

Pidgin, a mix of local languages and English, has become the lingua franca here and is gaining respectability, not least from the BBC, which has its own Pidgin service.

“But to leave Pidgin and go tamper with the [colonial] master’s language… well,” Nwamara hissed as we spoke over the phone.

I imagined he shrugged his shoulders in that typical Nigerian way that means “What nonsense!”.

Some of the words now included in the OED, for example “sef”, “chop-chop” and “gist”, have derived their meaning from the way that Pidgin speakers use them.

The OED has described most of the 29 new entries as “either borrowings from Nigerian languages or unique Nigerian coinages”.

The publishers say its dictionary has been the “last word on words for over a century” and entries are considered on the basis of widespread use and published evidence. 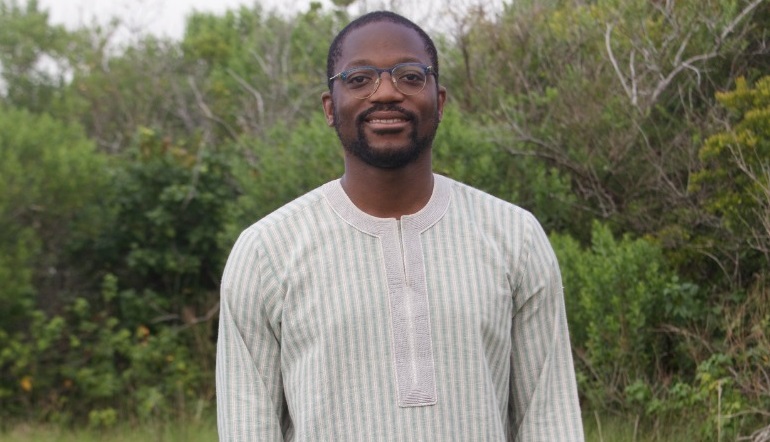 But Nigerian historian, Timi Soleye, thinks the OED may have gone too far.

“It is possible that in an attempt to be inclusive, they have made wrong calls,” he said.

He told the BBC that he had no problem with the nouns, such as “okada” and “danfo”, but he had issues with the addition of some of the verbs and adverbs.

“They added ‘sef’. ‘Sef’ is like a verbal exclamation to add emphasis but you go to the dictionary entry, ‘sef’ has no etymological roots,” he said.

“It doesn’t mean anything. It is completely useless. It is not even a corruption from another language. What is ‘sef’?

“This amounts to accepting the debasement of English grammar,” he added with a deep sigh.

He described it as the “Pidginification” of the English language and that the OED has gone down the wrong path for the wrong reason. 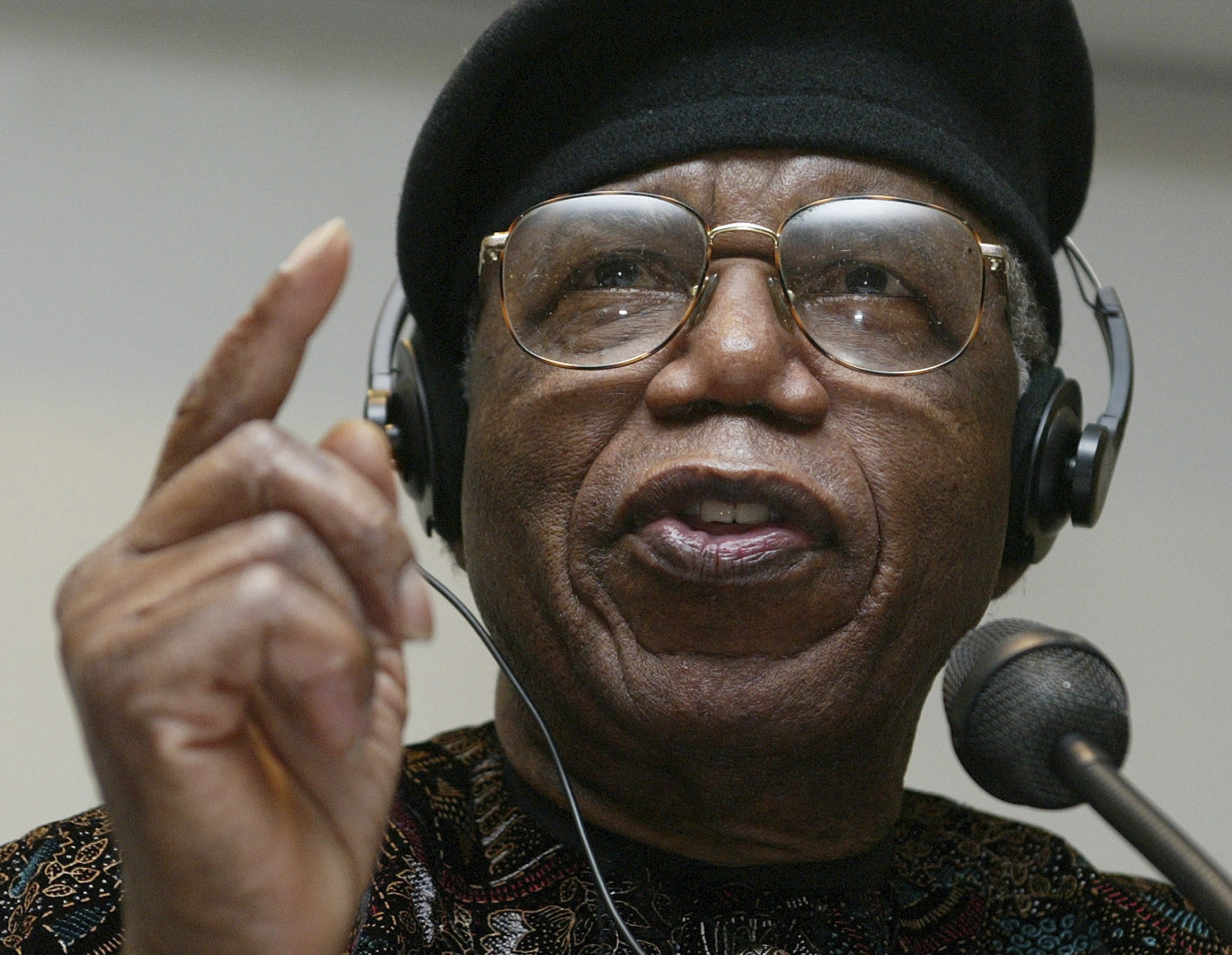 The price a world language must be prepared to pay is submission to many different kinds of use.”

For the record, the OED cites the use of “sef” by author Ben Okri in his 1980 book Flowers and Shadows.

But in accepting Nigerian words, along with past inclusions from the rest of the English-speaking world, the lexicographers have recognised what this country’s literary giant Chinua Achebe wrote in 1975.

“The price a world language must be prepared to pay is submission to many different kinds of use,” he said in a passage about how an African writer should use English.

English here has evolved to incorporate the rhythms and accents of indigenous languages and developed new pronunciations.

‘I write how I speak’

Nigerian writers began to reflect this in their published works from the middle of the last century, and that has continued to this day.

“When I wrote my novel, I wrote in the language I knew how to speak which I later learnt was Nigerian English,” author and publisher Eghosa Imasuen said. 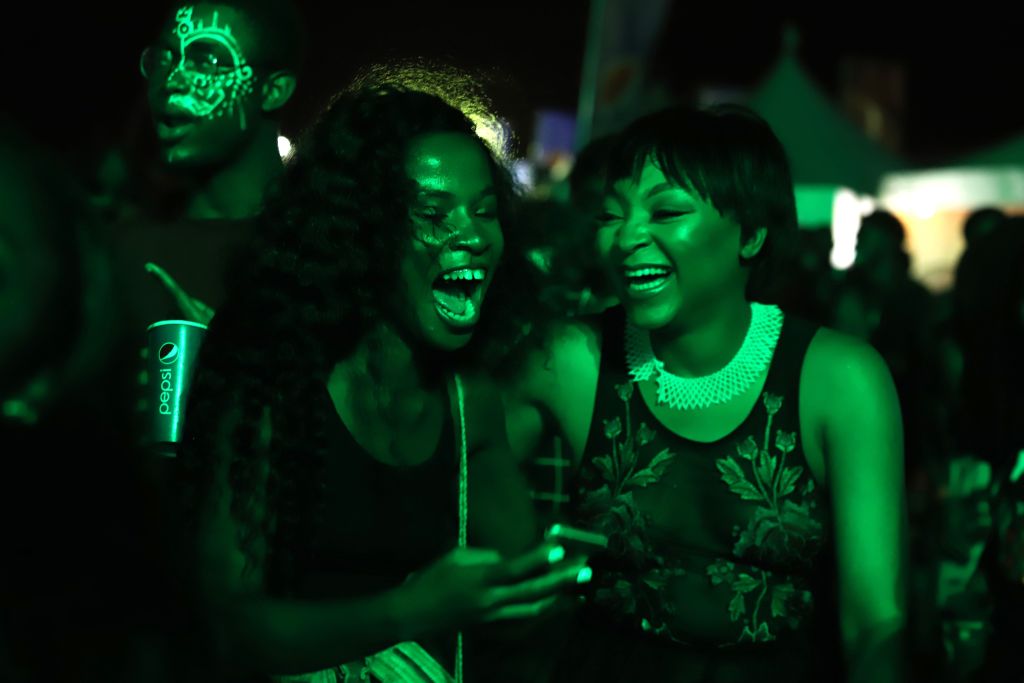 Words not yet in the OED

Imasuen’s book Fine Boys, which was published in 2012, is about freshmen in a Nigerian university who got embroiled in gang fights.

He used “okada” and many other Nigerian English words such as “konk” (meaning knock) and “ruggedity” (a Pidgin noun deriving from rugged).

“The fact that some of these words are only just being included in the dictionary does not mean that people have not been using them,” Imasuen said.

And more Nigerian English words are being considered for inclusion, Kingsley Ugwuanyi, the Nigerian consultant who worked with the OED on the 29 words, told the BBC.

This “has put Nigeria on the map of the English-speaking world. [But] Oxford is not validating Nigerian English, only recognising previous efforts made by researchers,” he said, trying to correct the impression that the OED is telling people how to speak.

And can I suggest a couple of words to be added?

It is about time the rest of the English-speaking world had the actual names for things I have heard called “bean cake” and “bean puddle”, neither of which sounded right to me.

And as for my mother and her ember months’ all-night prayer vigil, I never did make it.

We rubbed minds over Sunday dinner where, as the wine and gist flowed, I failed to convince her that parte after parte was the ultimate all-nighter for millennials.