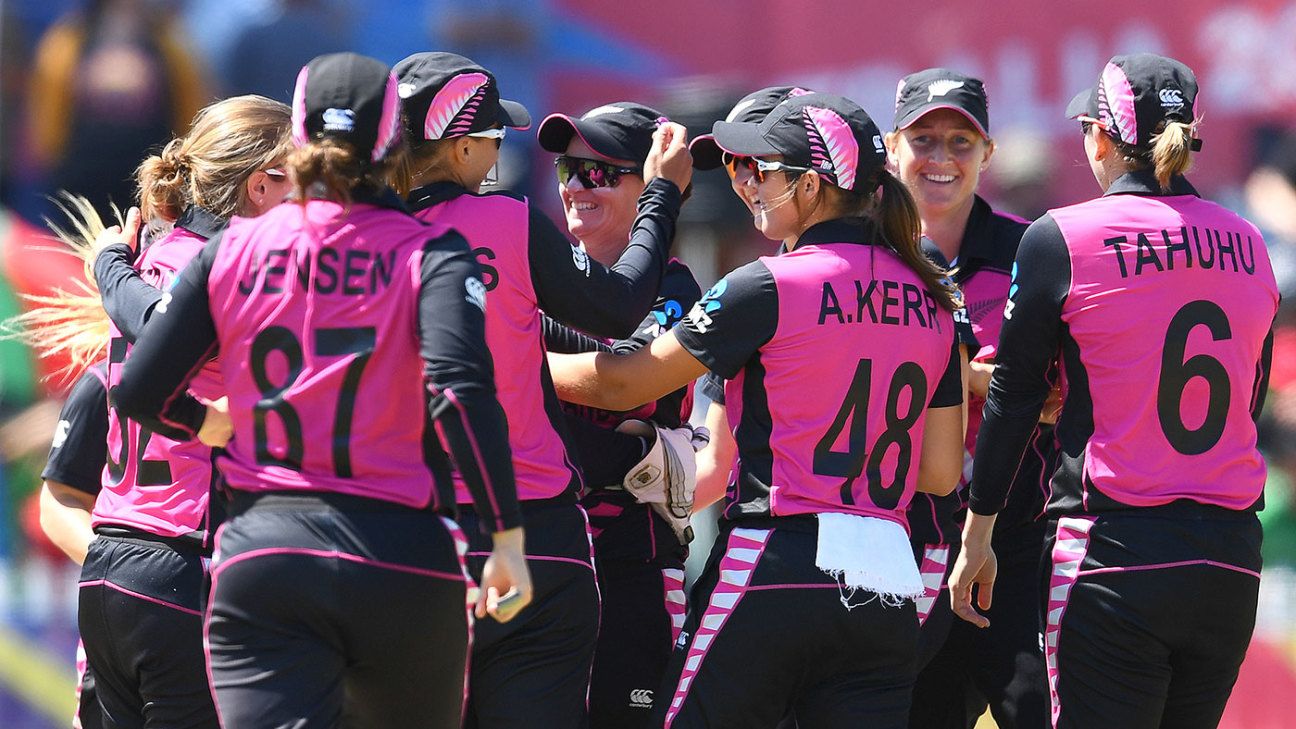 They say to keep your friends close and your enemies even closer.

There will be no secrets when New Zealand meet Australia in a cut-throat game at the Junction Oval on Monday. The winner progresses to the semi-final, the loser goes home.

Both sides know each other intimately, with so many of New Zealand’s players featuring heavily in the WBBL, playing and training alongside the Australian players.

It’s no secret that New Zealand are struggling in this tournament. The loss to India appeared tighter than it was, with Amelia Kerr’s freak innings almost papering over the cracks that India exposed in New Zealand’s batting.

Those cracks became cavernous against Bangladesh, who bowled them out for just 91. It was their second-lowest total in Women’s World T20 history and their sixth-lowest in T20 internationals overall.

The bowlers saved their blushes, with Hayley Jensen and Leigh Kasperek taking three wickets each as Bangladesh imploded in the chase.

The captain Sophie Devine knows the area they must improve ahead of the clash with Australia.

“Probably batting a bit better than we did today,” Devine said.

“But look we’re really excited about that. Obviously, we wanted to get done with today and get the points in the bank and then it’s onto Australia who we’ve played a lot of cricket with and against and we’re really looking forward to it. Any time we come up against Australia, it doesn’t matter what sport it is, it’s going to be a big one. We’re looking forward to having a day off tomorrow and then getting stuck into them.”

New Zealand’s reliance on their two stars in Devine and Suzie Bates is clear for the world to see. Both Bangladesh and India exploited it expertly, keeping the in-form Devine away from strike in the Powerplay and letting the run-rate build pressure.

Bates’ form is also a worry with scores of 13, 6, and 15 in the tournament to-date. But Kasperek backed New Zealand’s big guns to fire against Australia.

“I think they’ll be a little bit disappointed in how they have gone,” Kasperek said.

“But when we’ve been training they’ve been hitting it really well and we’re really lucky we’ve got number one and number two in the world at the moment and the very fact that even today and against Sri Lanka, we got over the line when Suzie didn’t go well, but other people have been stepping up in the middle overs. You want your big players to step up in big games so hopefully, they can do that on Monday.

Australia has two in-form left-handers in their top six in Beth Mooney and Rachael Haynes, while Jess Jonassen is a key component of the attack. Sophie Molineux, an allrounder who bats left-handed and bowls left-arm orthodox, will also be heavily considered for selection provided she can overcome a thigh injury.

Kasperek believes it’s not a concern for the squad.

“A couple of us like to dabble in a little bit of left-arm (at training),” Kasperek said.

“But when we’ve had trainings we’ve tried to have net bowlers coming in and we’ve had our coaches come around the wicket and try to replicate the left-armers as much as possible.

“I guess it’s just something in New Zealand that we just generally don’t have a lot of. Yes, it is different. But again, I think we’ve played enough cricket that we should be able to adapt to.”

New Zealand haven’t beaten Australia in any format since February 2017, including six ODIs and four T20Is. But they haven’t met in a T20 international since the last World T20 in West Indies in 2018.

Kasperek said the familiarity of their foes means Monday holds no fears.

“I think we’ve been pretty close in a lot of games but I think it just that confidence thing,” Kasperek said.

“Probably just a big player stepping up, especially with the bat. We’re really lucky in the fact we’ve had a lot of girls go over and play in the Big Bash and be successful so I think that will actually hold us in really good stead playing against Australia.”