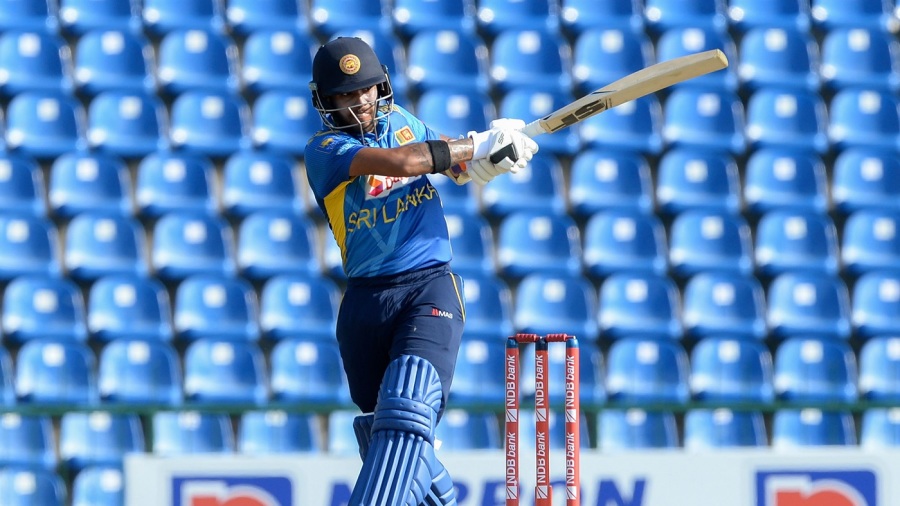 A strong opening partnership, a rapid middle-overs surge from Kusal Mendis and Kusal Perera, and a sparkling late stand between Dhananjaya de Silva and Thisara Perera all gave shape to another commanding Sri Lanka total. There were contributions from all over the batting card – each of the top eight making double figures, six of those hitting more than 25, though only Mendis and de Silva moved on to half-centuries. On a Pallekele surface that appears unusually slow, a target of 307 will take some getting.

Sri Lanka’s partnerships were allowed to thrive in part thanks to West Indies’ ongoing indiscipline with the ball and in the field. Their wide-count was on the high-side again, at seven. More importantly, that figure gives a sense of how often West Indies’ bowlers delivered poor lines. They bowled too many on the pads, and Sri Lanka’s batsmen have grown accustomed to punishing them there.

Captain Kieron Pollard wasn’t helped, however, by a fielding injury to left-arm spinner Fabian Allen, who was forced to leave the field before he’d delivered a single over. He refused to give legspinner Hayden Walsh more than three overs either and relied instead on Roston Chase, who bowled the full 10. Of the seamers, Alzarri Joseph was by far the most successful, taking 4 for 65 – all vital wickets. Pollard’s own spell through the middle overs also helped rein in an innings that seemed to be headed towards 340 again.

As has been the case through the series, it was a spate of serene Avishka Fernando boundaries that set Sri Lanka on their way. He drove past the bowler, then through the covers to collect successive fours in the third over, then in Sheldon Cottrell’s next over, hit another pair of consecutive fours, square on each side of the pitch this time. Karunaratne got moving during the powerplay as well, just with a little more luck than Fernando, under-edging one boundary, and repeatedly playing and missing. Together they got Sri Lanka to 60 by the end of the initial fielding restrictions, which set the tone for the innings.

Sri Lanka lost both openers in the next 10 overs – Karunaratne the only batsman to be dismissed by spin in the innings, falling for 44. But then the two Kusals combined to produce perhaps the most vital phase of the innings. Mendis was in particularly good touch following his hundred in the last game, sweeping efficiently, pulling ferociously, and launching Chase for a six over cow corner. Together, the pair plundered 14 runs off the 29th over, bowled by Jason Holder, and had Sri Lanka skipping along at 5.5 runs an over by the end of the 30th.

They would fall in quick succession – Perera nicking Kieron Pollard behind as he attempted a hoick across the line, before Mendis failed to get over the top of a Joseph bouncer. They made 89 in each other’s company, and importantly, got those runs in only 74 balls. Mendis would eventually finish the top-scorer with his 55 off 48, after Perera made 44.

De Silva had a bit of luck as he was getting himself going also, repeatedly just managing to get enough bat on ball on attempted slogs to make prospective catches land out of reach of infielders. He also had at least two edged boundaries. But there were his usual graceful touches as well – a superb back-away-and-blast through cover to the bowling of Joseph and a delightful aerial flick to the square leg boundary to get to his fifty off 45 deliveries. Thisara and him ran so well between the wickets during the course of their 64 run stand (off 50 deliveries), that Thisara only struck two fours in his 38 off 31 balls.

They were out in quick succession having delivered Sri Lanka to the doorstep of 300. Wanindu Hasaranga slogged a six and a four to get them over that milestone. Three wickets fell – one of them a run-out – off the last three legitimate deliveries of the innings, and Sri Lanka were bowled out. But the death had nevertheless been fruitful, the last 10 overs yielding 88.