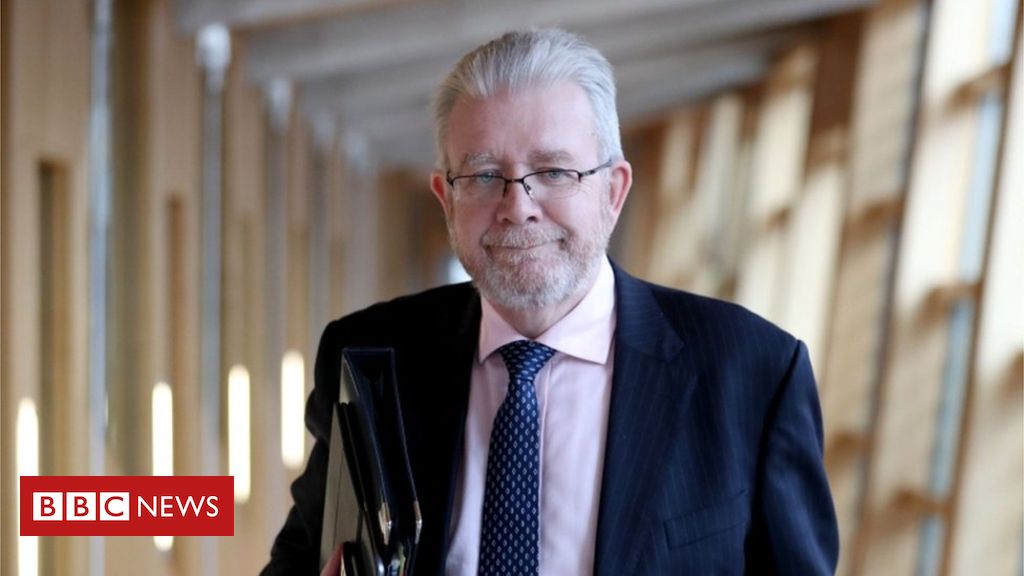 A leading figure in the Scottish National Party has announced that he will step down as an MSP.

Michael Russell, who represents Argyll and Bute at the Scottish parliament, will not stand in the Holyrood election next year.

Mr Russell, who will be 67 in August, said it may be time for someone younger to represent the constituency.

He intends to remain as the cabinet secretary for the constitution, Europe and external affairs.

Announcing the decision to his constituency association, Mr Russell said: “I will be 67 this summer and 72 at the end of the next Parliament.

“Argyll & Bute is a massive area to cover – with 23 inhabited islands and a large swathe of the mainland – and I am getting to the stage of thinking that someone younger would be better able to fulfil all the demands of the constituency.

“It is, I think, much better I say that now than wait for someone else to do so.”

The Kent-born campaigner for Scottish independence

Although initially a Labour supporter as a student, Mr Russell joined the SNP in 1974.

He held a number of constituency, and then national, offices in the party before becoming its first full-time chief executive in December 1994.

He was elected to the Scottish parliament in the first elections in 1999, although he failed to keep his seat in 2003.

Mr Russell first became a minister, responsible for the environment, when he was elected in 2007.

He said his decision to leave parliament did not mean he would stop campaigning for Scottish independence.

“After next May I still intend to be active in the political sphere,” he said.

“I think of my decision as stepping back from some current roles, not stepping away from my commitment to our country and the better future it can have and should choose.

“Independence is so much closer than it was when I first voted for the SNP 46 years ago. I hope I have contributed something to that success and I still hope to contribute more but in a different way and role.”