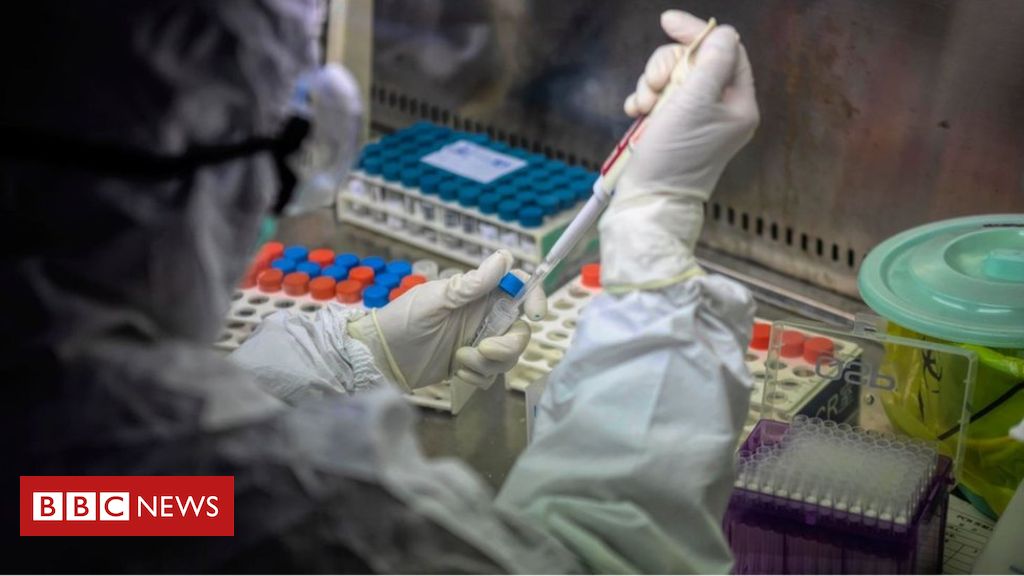 The chief executive of Tourism Ireland has said he has “extremely serious” concerns over the potential impact of coronavirus.

Niall Gibbons said there had already been trip cancellations, amid growing fears more visitors will stay away.

The first patient confirmed in the Republic of Ireland is being treated in a Dublin hospital.

The man from the eastern part of the country was confirmed as having coronavirus on Saturday, RTE reported.

It followed a woman from Northern Ireland being diagnosed with the virus – also known as Covid-19 – on Thursday.

Both had travelled home from an affected area in Italy.

“The coronavirus story has moved from its first chapter, which happened in China, into its second chapter now and our concern has moved from very serious to extremely serious,” Mr Gibbons told BBC Northern Ireland’s Sunday Politics programme.

“What has happened over the past week is of a much more serious nature.

“European visitors to the island of Ireland spend about €2bn (£1.7bn), it is a large part of our income.

“Sixty-six per cent of European visitors to Northern Ireland come via the Republic of Ireland, so working together has never been more important.

Mr Gibbons also highlighted the cancellation of next week’s international tourism fair ITB in Berlin, where 30 companies had been set to promote the island of Ireland at the world’s biggest trade show.

But he added that tourism across the island of Ireland was a “strong product” and would “bounce back”.

Last month it was warned that the tourism industry in Northern Ireland had been affected by the outbreak, at a point when it was still largely confined to China.

Ireland’s clash with Italy in the Six Nations rugby tournament has been called off and Mr Gibbons said he expected a decision on whether Dublin’s St Patrick’s festival from 13-17 March would go ahead would be taken by the end of the week.

What do I need to know about the coronavirus?

Joanne Stuart, of the Northern Ireland Tourism Alliance, told Sunday Politics she was highly concerned as the industry was seeing cancellations throughout the peak season.

“A lot of businesses in tourism are small businesses and we are very reliant on that peak season to enable people to develop reserves for the rest of the season,” she said.

The Republic of Ireland’s Health Protection Surveillance Centre said it was continuing to trace anyone who may have been in close contact with the man diagnosed with coronavirus on Saturday.

It said it expected the work to be complete within 24 hours.

Officials in Northern Ireland have said everyone in close contact with the woman who was diagnosed there had been contacted.

NI Health Minister Robin Swann said: “Positive test results had been anticipated on both sides of the border and we have repeatedly made clear it was a question of when, not if.

“I have full confidence in the expertise and commitment of our public health professionals and pay tribute to everyone working hard to contain the spread of this virus and keep us well.”

That meant people in Northern Ireland had access to the “same level of advice as citizens in England”, he added.