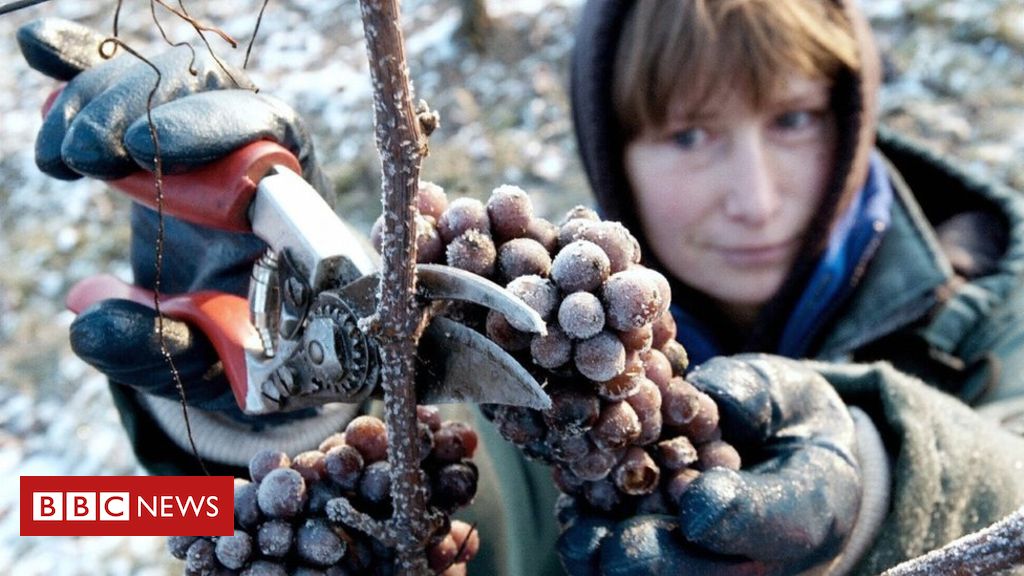 Germany’s harvest of ice wine – a dessert wine produced from grapes that have frozen while still on the vine – has failed for the first time because the winter has been too warm.

None of Germany’s 13 wine-growing regions had the necessary temperatures of -7C to produce the wine in 2019.

2019 was the second-warmest year on record globally, according to the US National Oceans and Air Administration.

The amount of ice wine produced has been dropping in recent years.

“The 2019 vintage will go down in history here in Germany as the first year in which the ice harvest has failed nationwide,” the German Wine Institute (DWI) said in a statement.

“If the warm winters continue in the next few years, ice wines from German wine regions will soon become even more of a rarity than they already are,” said Ernst Büscher from the DWI.

Another problem for ice wine production is that, in recent years, the dates for a possible ice harvest have shifted later – to January and February – while the grapes are ripening earlier, the DWI said.

As a result, the grapes need to survive for longer.

The biggest ice wine markets include Japan and China as well as the Scandinavian countries and the US.

Due to their inherently low yields, ice wines have a very small share of the total harvest, often less than 0.1%.