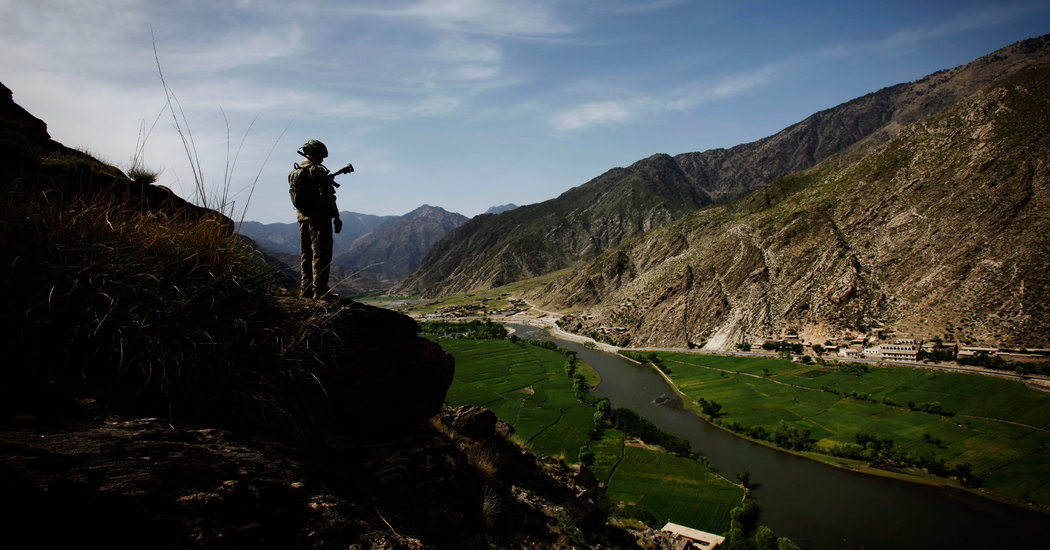 WASHINGTON — The Trump administration’s nascent deal to end the war in Afghanistan faced its first stumbling block on Sunday, the day after it was signed, over whether the Afghan government must release Taliban prisoners as part of the continuing negotiations.

The confusion threatened to inflame tensions between the Afghan government and the Taliban, just days before both sides were scheduled to sit down in direct talks to foster peace and protect the country’s fledgling civil liberties after more than a generation of conflict.

The Trump administration’s blueprint for the peace talks included a provision that up to 5,000 Taliban prisoners “will be released” by the time the next round of negotiations, with the Afghan government, begin on March 10. Any remaining prisoners could be released over the following three months, according to the document.

“The United States commits to completing this goal,” the document stated.

The first snags in the process were apparent less than 24 hours later.

In Kabul, President Ashraf Ghani of Afghanistan said on Sunday that it was up to his government, not the United States, to decide when Taliban prisoners would be released.

“There is no commitment to release the Taliban prisoners,” Mr. Ghani told reporters. “It was requested, it can be included in the negotiation and it can a part of the agenda of the negotiation, but it can’t be a precondition. It is not a matter of good faith.”

In Washington, lawmakers questioned whether they were misled by Secretary of State Mike Pompeo last month, when they said he assured them that prisoner releases would not be part of the American deal with the Taliban.

“He was categorical that prisoner releases weren’t part of the agreement,” said Representative Tom Malinowski, Democrat of New Jersey and a former assistant secretary of state during the Obama administration. A spokeswoman for Senator Sheldon Whitehouse, Democrat of Rhode Island, said he attended the same briefing with Mr. Pompeo at the Munich Security Conference, and he confirmed Mr. Malinowski’s account.

Mr. Malinowski questioned why the deadline for as many as 5,000 Taliban prisoners was included in the agreement “if they didn’t intend some significant number to actually be released,” he said on Sunday. “The Taliban certainly expect this to happen — this has been their longstanding demand.”

And across Afghanistan, people were grappling with whether the deal would be a first step toward a lasting peace or a plunge back into a chapter where extremists could again dominate society and governing, as happened during the Taliban’s rule in the late 1990s.

“It is unclear how the Taliban, who fought for 18 years for their own ideology, can suddenly give up their anti-democracy and anti-women’s-rights values,” said Marzia Rustami, a women’s rights activist in Kunduz Province, in northern Afghanistan. “We do not want to go back to what we were doing during the Taliban regime.”

Mr. Pompeo on Sunday cast the prisoner release as a plan, not a certainty, that was included in the United States’ agreement with the Taliban as a confidence-boosting measure for their upcoming negotiations with Mr. Ghani’s government.

He predicted that the talks between the Afghan government and the Taliban would be “rocky and bumpy,” but necessary.

“There have been prisoner releases from both sides before; we have managed to figure our path forward,” Mr. Pompeo said on CBS’s “Face the Nation,” just hours after returning to Washington from Doha, Qatar, where the deal with the Taliban was signed.

Robert C. O’Brien, President Trump’s national security adviser, noted that it is not uncommon for parties who enter into a cease-fire to negotiate prisoner exchanges.

“That’s something that’s going to get worked out between the Afghan government and the Taliban as they enter negotiations,” he said. “We will have to wait and see. But we will certainly encourage the parties to engage in those negotiations.”

At the heart of the agreement is a timeline for the United States to withdraw troops from Afghanistan after an 18-year conflict and a pledge by Mr. Trump to wind down American’s involvement in what he has described as endless wars.

The Taliban have long demanded the release of their estimated 15,000 members in Afghan prisons as part of a peace settlement, and had assured their battlefield commanders last fall that thousands would be freed as part of a deal with the United States.

It was not clear how, or when, the more firmly worded commitment to releasing Taliban prisoners was added to the agreement before Mr. Khalilzad signed it in Doha with Mullah Abdul Ghani Baradar, a Taliban leader.

Later on Sunday, Mr. Ghani said on Twitter that Mr. Trump had called to congratulate him about the “evolving peace process” and to express confidence in the Afghan government’s ability to move forward.

But Mr. Ghani also told CNN that Mr. Trump had not asked him to release the Taliban prisoners, nor had the Afghan president committed to doing so.

“It’s a sovereign Afghan decision,” Mr. Ghani said. He said the issue would be part of future discussions but that “we’ve made it very clear to Ambassador Khalilzad that the political capital, and the consensus in the country that would be necessary for such a major step, does not exist today.”

Mr. Malinowski, the Democratic congressman, said he worried that Mr. Ghani would be blamed if the American troops were withdrawn and the peace deal fell apart over the Afghan government’s resistance to the Taliban prisoner release.

Afghanistan’s human rights chief, Shaharzad Akbar, said the Taliban gained far more than anyone from the deal, which critics said put off hard commitments about rights for women and ethnic and religious minorities.

She predicted that it would be difficult to verify whether the Taliban would prevent future terrorist attacks from originating on Afghan soil, as the agreement requires, and said the Taliban could sidestep commitments to negotiate peace with the Afghan government.

Yet Afghanistan has been so scarred by violence — tens of thousands of civilians killed, a generation of women widowed, the security forces barely able to recruit enough to replace their losses — that even a vague prospect of peace was welcome. Nearly every one of a dozen Afghans interviewed on Sunday about the deal between the United States and the Taliban held out at least cautious hope that something good could come of it.

“If we have long and permanent peace, we will be saving the nation,” said Jan Mohammad, a taxi driver in Kandahar City.